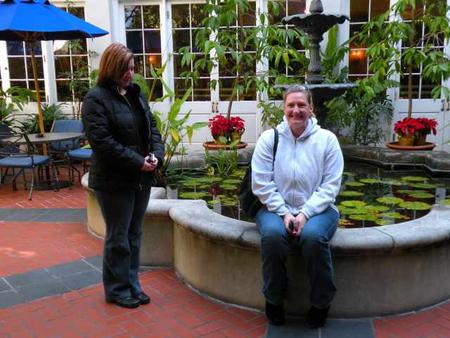 This giant Bearcat showed up in our campground several days before the game and we didn’t know what the hell it was until a group from Florida arrived and parked their “Gator” bus next door . . .

He works as a Master Mixologist at the “Organic Banana” inside the French Market.  Although he wastes much of his day jockeying various combinations of fruit into a blender to produce smoothies, his real specialty is the Bloody Mary - the BEST in New Orleans.  He is the primary reason I get any exercise at all since the treadmill in our gym cried “uncle” and self destructed after only a week of my using it here at the campground . . .

The open air atmosphere and the current run of cold temperatures are keeping the crowds away from places like this now but as soon as it gets a little warmer these guys will be playing to a standing room only crowd.  New Orleans was hit pretty hard by Hurricane Katrina several years ago and much of the area has yet to fully recover.  The Lower 9th Ward, just east of the city on the Industrial Canal, was especially hard hit and all of the remaining abandoned homes are marked with a disaster team “X” . . . 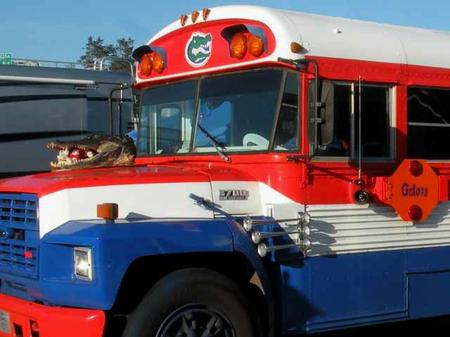 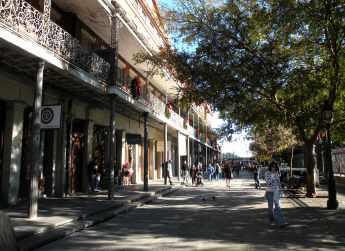 The top quadrant indicates the date the home was searched, the left quadrant  are the initials of the search squad, the right quadrant designates any hazards such as gas leak, power lines down, infestation or dead animals and the bottom quadrant indicates dead bodies discovered.  This mud flat is all that remains where an entire neighborhood and a paved street once stood . . . 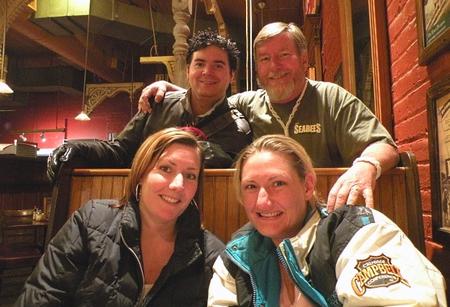 Many of the ruined homes are still standing and scheduled for demolition . . .

These folks arrived under cover of darkness and we were a bit surprised to step outside the next morning and find ourselves nose-to-nose with Albert, the Gators mascot.   Although most of the fans actually had tickets to the game and enjoyed it at the Superdome, many others took advantage of the free bar at the campground and spent the evening cheering for Bearcats or Gators from reserved seats in the Jacuzzi . . .

Jenny, in contrast, is incredulous that anyone could actually eat anything that has gills or fins or at one time lived in any body of water.  The girls were only with us for 5 days on this trip and we were determined that they should experience as much of New Orleans as is possible in so short a span of time.  Leaving the food and the city behind, we ventured north into bayou country for a tour of the Honey Island Swamp . . . 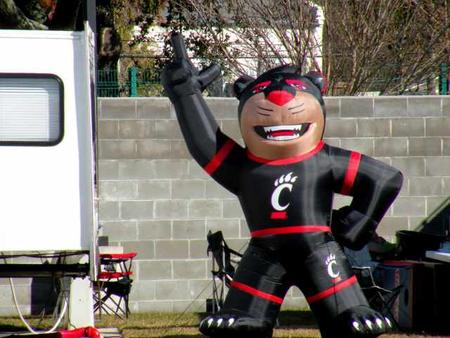 And in some areas new construction has begun . . . 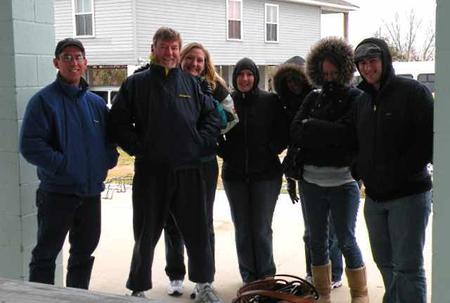 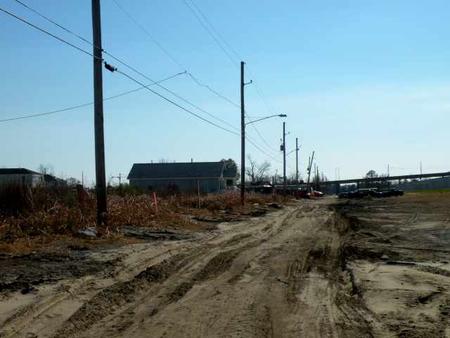 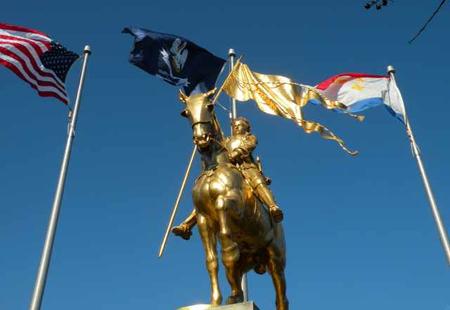 I believe your attention spans have now been pushed beyond the limits of human endurance and so, as the sun slowly sinks into the bayou . . . 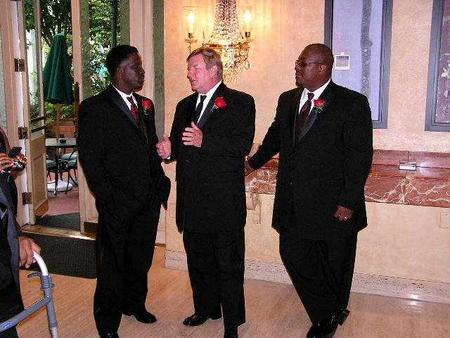 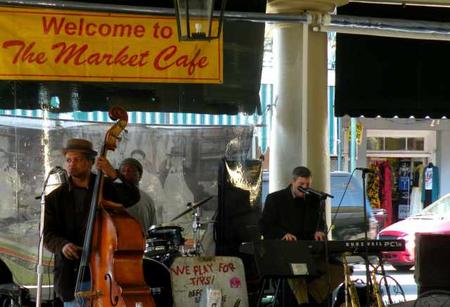 Many of the new homes are being built on concrete pillars to prevent the damage experienced during Katrina.  In spite of all the chaos this city has endured, its resilient nature as embodied in the food and music is still abundant as is the local preoccupation with football!  This year’s success of the Saints has everyone talking about the team regardless of where you may find yourself.  But the Saints aren’t the only team of interest to New Orleanians.  The Superdome also hosts a number of college extravaganzas including the annual Grambling-Southern game and the Sugar Bowl.  This year’s Sugar Bowl featured the Florida Gators against the relatively unknown Cincinnati Bearcats . . . 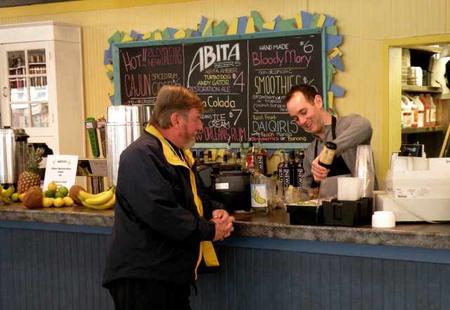 I have no idea why Jenny was the somber one; Kassie was the one getting married!   I, being the “father of the bride” and the “wizened olde fart,” spent much of that day imparting the knowledge of the ages to a couple of the younger wedding guests who were inquiring about the meaning of life and why you can’t roll a ball of Jell-O uphill . . . 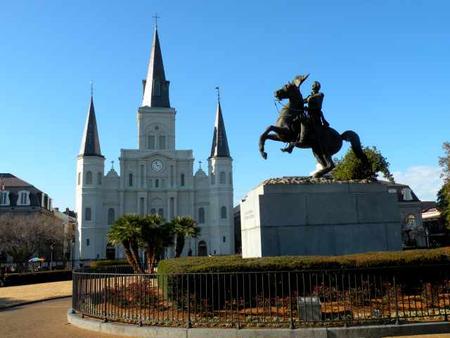 Others are in the process of being dismantled . . .

And a bit further down Decatur Street, at the French Market, you will find the statue of Joan of Arc which was donated to the City of New Orleans by the people of France.  During one of the numerous scuffles between the French and English, she valiantly led French soldiers and was known as the Maid of Orleans . . .

It was unfortunate that we embarked on this trip during the Arctic blast that was undoubtedly the result of the current round of man-made global warming.  As if it weren’t cold enough just standing on the dock at 29 degrees, we increased our thrill by flying through the swamp in an open air boat at 45 mph . . . 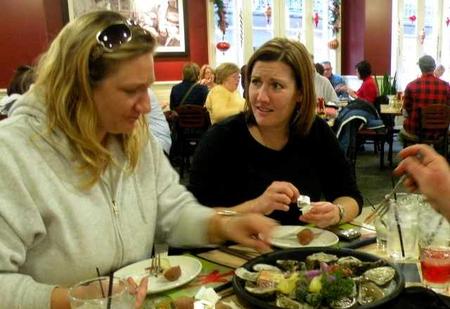 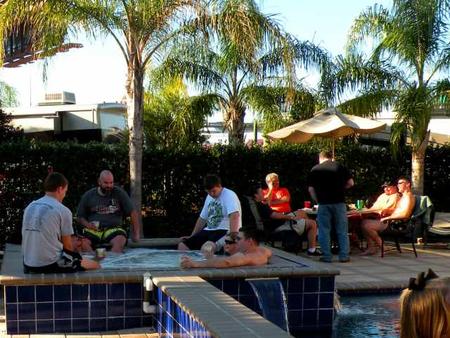 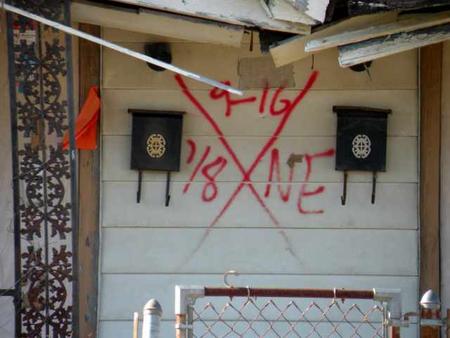 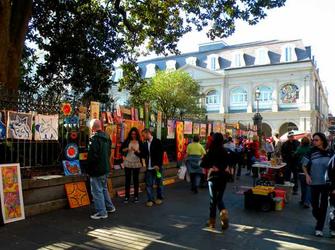 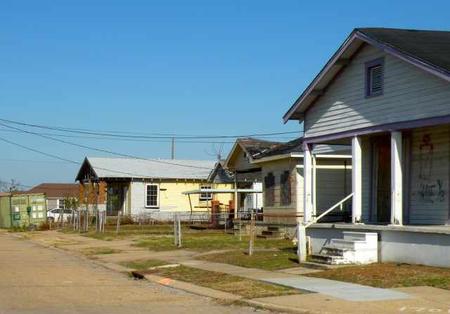 Rocky’s serves, in my humble opinion, the best thin crust pizza you’ll find anywhere.  The young man in this picture is Matthew.  He is an employee at Rocky’s and his mother just happens to work at the Elk’s Lodge in Fairbanks, Alaska.  We hope to run into her this summer during our return to “The Last Frontier.”   But, alas, New Orleans’ most popular dish is seafood, any and all seafood.  My bride and I are big time connoisseurs of oysters on the half shell and it appears that our daughter, Kassie, is also fond of this slippery little mollusk . . . 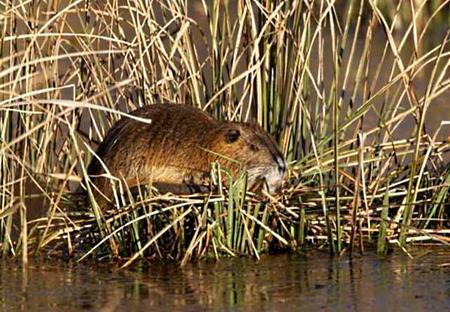 Jackson Square is second only to Bourbon Street as a tourist attraction.  It is here that many of the local artists gather to display their paintings and other assorted contrivances on the fence surrounding the square . . . 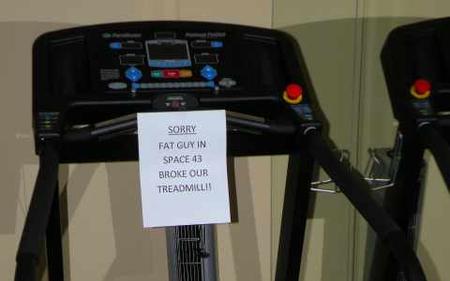 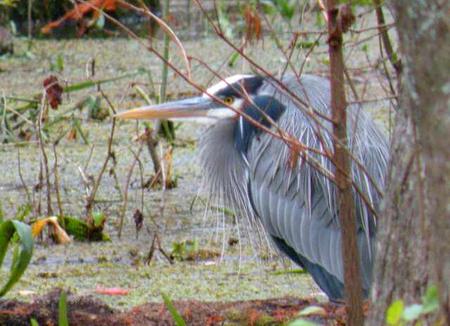 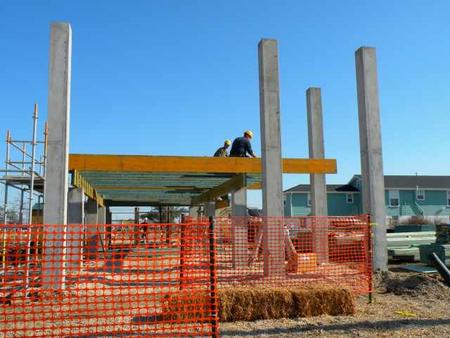 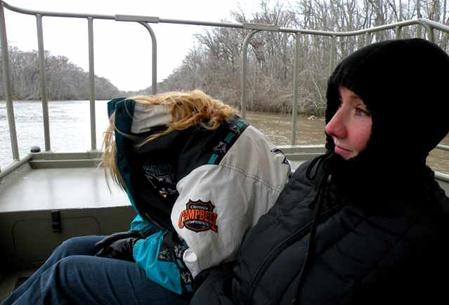 But New Orleans is not only about food, frivolity and unbridled debauchery (huh??), it is also about history and culture (at least that’s what it says in all the tourist brochures).  With that in mind, we present Jackson Square and St Louis Cathedral...

After a couple of frozen hours looking at our ever grinning guide, we seriously considered stripping him of his foul weather gear and leaving him in the swamp.  If any one of us had known the way home, Cooter  would be  gator bait today.  In spite of the Arctic weather conditions, we did manage a glimpse of a couple of nutria, a large rodent resembling a beaver with a rat’s tail . . .

we bid you a fond farewell from The Big Easy ‘til next time.  Hang in there y’all!!  Hugs, Chuck and Kalyn

Kassie went “turtle” on us within seconds of our departure while Jenny’s eyes froze open.  Our guide, Cooter, was the only one smart enough to actually dress for the occasion while poking fun at us tourists for actually paying him to take us out on such a cold day . . . 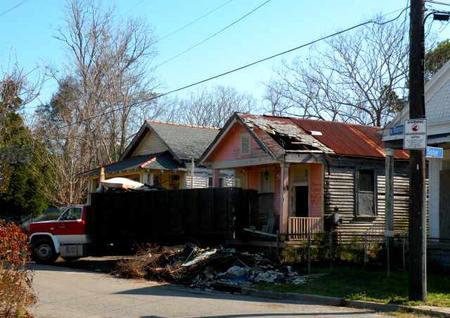 Okay, I hope you folks are satisfied with the historical and cultural content of this missive because my head is beginning to hurt from trying to dredge all this stuff back from high school history classes.  However, since we are now at the French Market, it would be an excellent time to introduce you to our pal, Taylor . . .

No one was really sure if this bird was fluffing his feathers to stay warm, to attract a mate, to impress us or was simply frozen in place when the cold snap arrived around Christmas.  After our near death experience on Honey Bayou and our subsequent layover in Slidell for several gallons of Irish coffee, we drug the girls back to the “Quatah” to revisit the Royal Sonesta Hotel, the site of Kassie’s wedding nearly 5 years past.   While she simply wanted a picture by the courtyard pond where several Koi lay frozen to its bottom, our youngest insisted on re-enacting her gig as a bridesmaid . . .

The Crescent City, as New Orleans is often called, is located at a sweeping curve on the banks of the Mississippi River just north of the Gulf of Mexico.  Now that we’ve gotten that bit of historic geography out of the way we can continue with what this site is really all about . . . eating!!!  Having spent the last 9 months living devoid of my two favorite gastronomical delights, pizza and beer, I was really excited about the arrival of two of our girls and a long awaited trip to Rocky’s Pizza in the Irish Channel of New Orleans . . .

The nutria is native to South America and was introduced to Louisiana by farmers who raised them for the fur.  The Russian army was the main consumer of this commodity and used the fur in their hats for many years.   When they changed to a less expensive material, the nutria became unprofitable to raise and were released into the wild.  Due to their love of the root system of aquatic plants as their main source of food, they have become a major threat to the Louisiana wetlands. They are now creatures who are “running from the law.”  A bounty of $5 per tail was imposed several years ago and many of the local bayou folks eke out a living hunting the furry rodents for the bounty as well as $3 for the pelt and $1 for the meat.  Yep, people actually eat rodents down here and they are actually served in some of the finest New Orleans’ restaurants!   As I recall, Jenny really enjoyed that nutria steak she didn’t know she was eating at Deanie’s.   We also spotted this Great Blue Heron hiding among the trees . . . 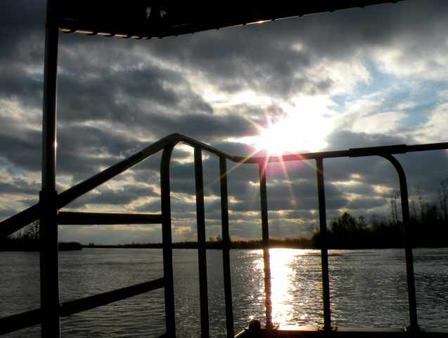 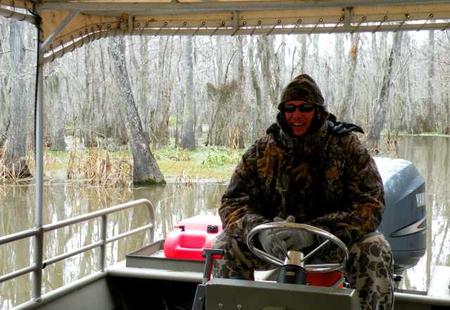 However, neither rain, nor sleet, nor hail, nor fear of muggers, nor Arctic chill will deter me from my morning walk to the French Market for one of Taylor’s delectable concoctions.  Now THIS is exercise I can really get into!!  And while you’re at the French Market be sure to drop by the Café to see the guest musicians . . .