The next stop on our southern trek landed us at the Canyon de Chelly National Monument on the Navajo Reservation in Chinle, Arizona.  The canyon and surrounding area is remarkably similar to Moab with the primary difference being the archaeological footprint left by the Anasazi and Navajo peoples which dates back nearly 5000 years . . . 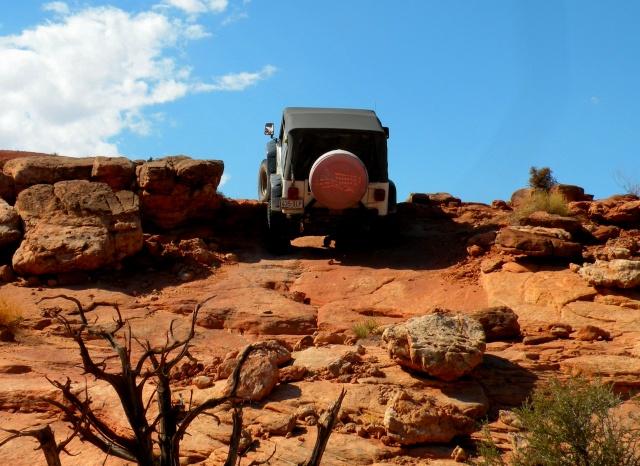 The canyon can only be visited when accompanied by a Navajo guide . . .

This is pretty much how we spend our days when maneuvering through, over and under the red rock of Moab . . . 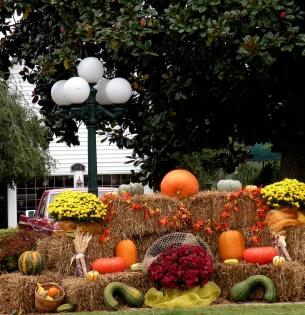 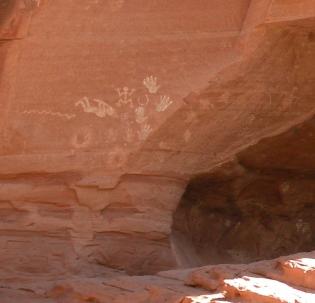 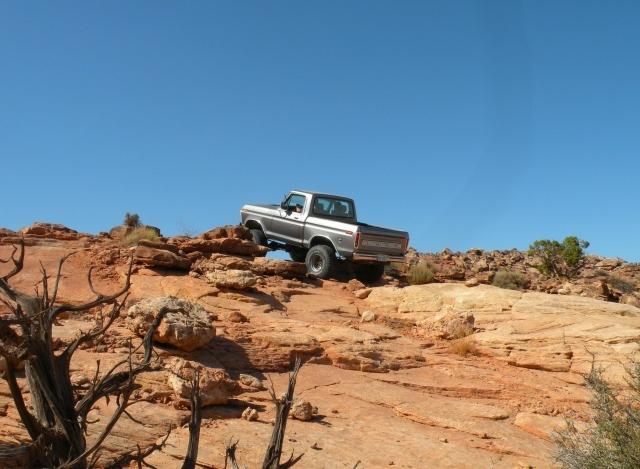 During a previous visit to Red Bay for some motorhome maintenance, we also found ourselves in a Florence hotel room for about a week and spending a lot of time at the local Logan’s Steakhouse.  We got to know a few of the Logan employees during this time and have kept in touch with a “couple,” Brian and Tamara, over the years . . .

The Anasazi left many of the original petroglyphs while the Navajo were responsible for the later colorized version . . . 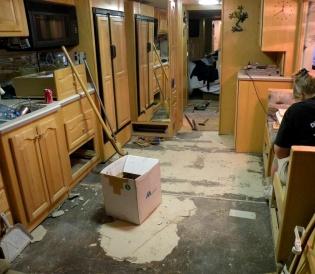 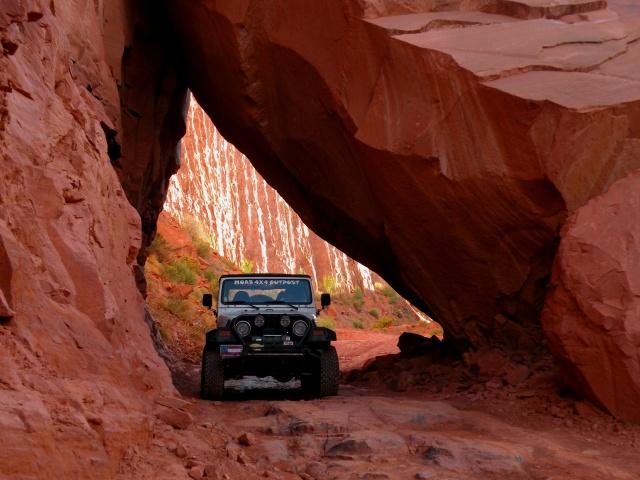 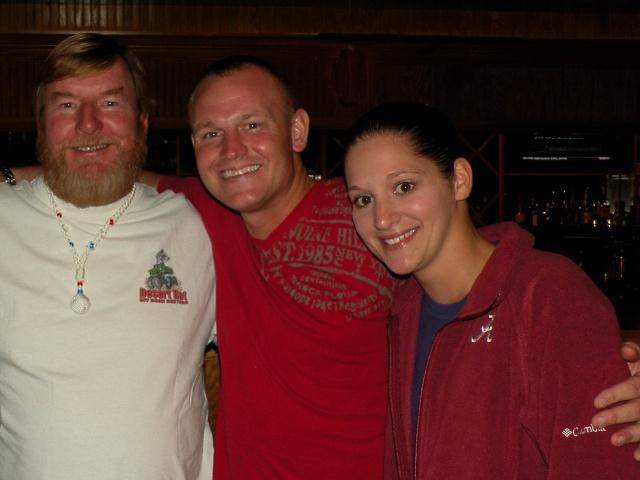 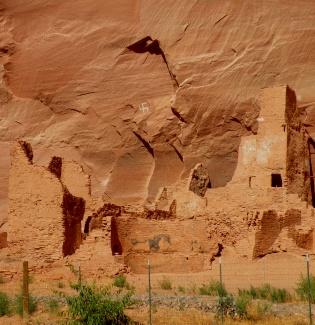 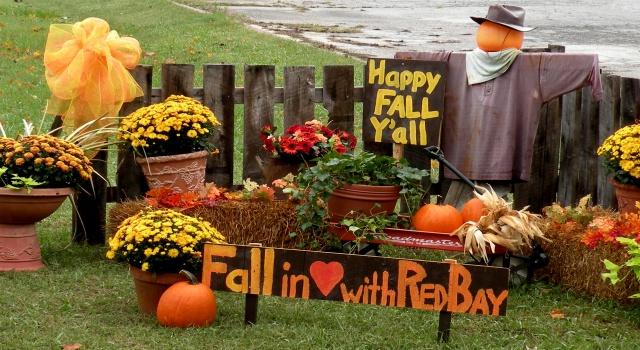 Brian pursued Tamara like a Blue Tick Hound after a raccoon until she was finally treed and consented to marry him last May.   Zook and I have been working on names in preparation for the arrival of any “puppies” in the near future.  I have always been partial to “Chuck”…  See you next time with the “after” pics of our mobile cliff dwelling.   Hugs, C&K (that would be “C&K” as in “C-huc-K”) 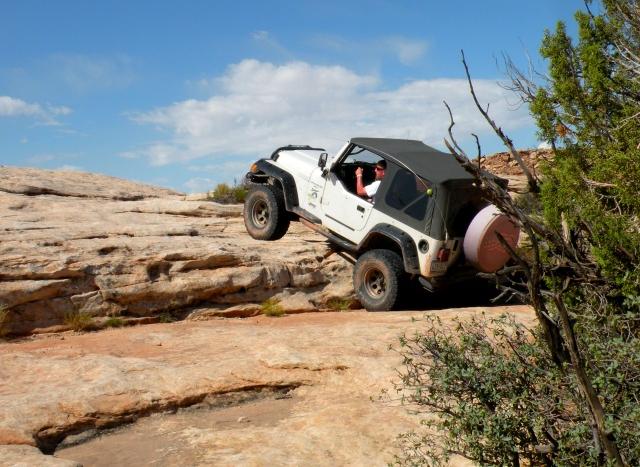 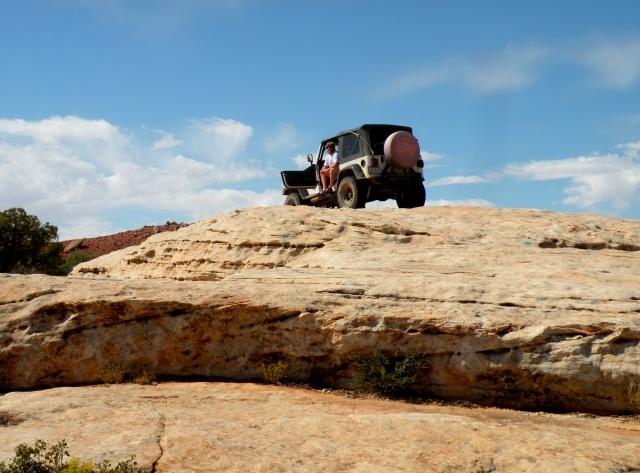 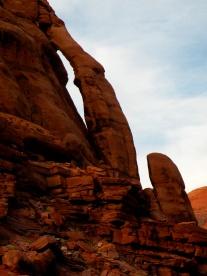 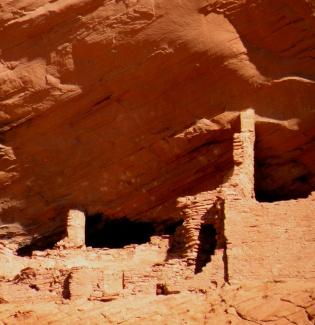 Arches National Park is a great place to see a variety of natural arches in the Moab area from the comfort of an air conditioned Hummer or Ford truck, but there are many other spectacular arches that you simply will not see from a paved road . . .

But they just never saw the view from where the big dogs perch . . .

And he and Connie did get to see some pretty spectacular scenery from an eagle’s perspective . . . 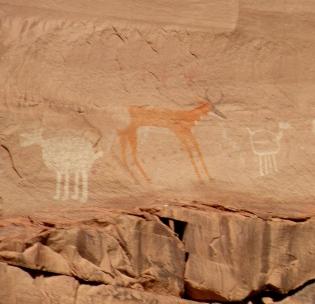 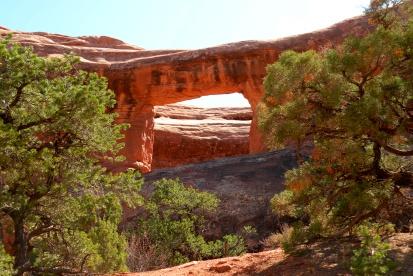 Strangely enough though, what goes up must eventually come down . . . 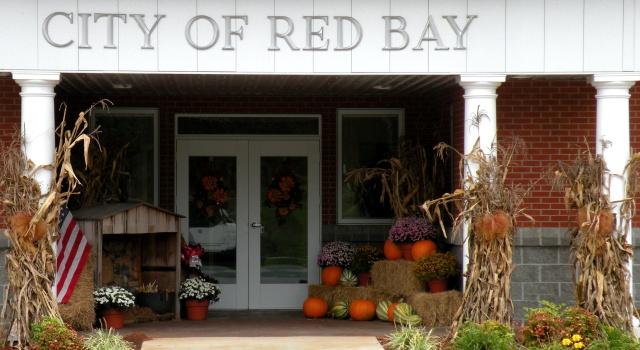 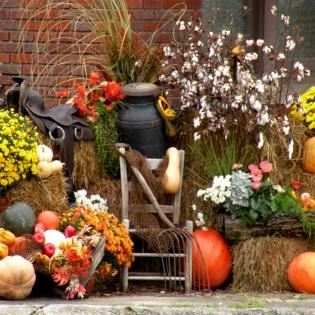 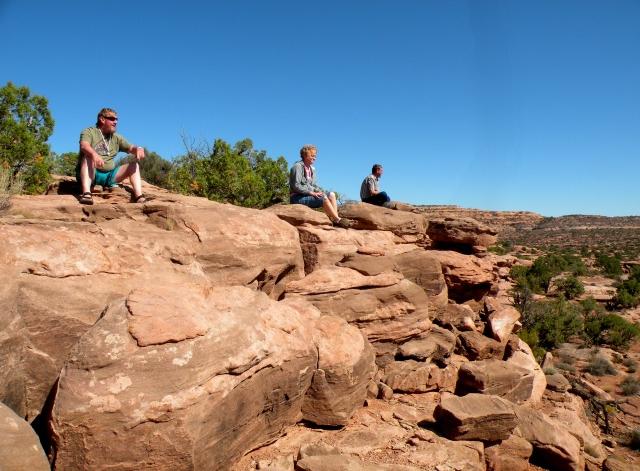 Our guide was named Delbert Wilson (I was hoping for something more colorful like “Giggles with Grizzlies” or “Rancid Rabbit”).  He is one of the few Navajo who actually live in the Canyon, best know the area, and are the only ones certified by the National Park Service to give tours.  We spent half a day with Delbert in his sister’s Jeep on a private tour of the geology, wildlife, history and archaeology of the Canyon and its inhabitants as well as an in depth education in bull riding.  It turns out that our soft spoken Indian guide is also a professional bull rider, bull owner and bull riding instructor.  My expertise, on the other hand, lies more in the area of bull excrement.  My bride spent much of the day peppering Delbert with questions about his bull riding exploits until he mistook her inquisitiveness as an interest in learning to ride.  His invitation was met by a wide-eyed open-mouthed expression which left little doubt that I will not be chauffeuring her around the bull riding circuit any time soon in pursuit of that “All Around Cowgirl” belt buckle.   We eventually jumped the Res and landed at the Elks campground in Tempe, Arizona, in preparation for an imminent grandkid fix in Los Angeles.  Our plan was to take advantage of what was to be a 2-week layover to deal with some overdue maintenance on our urban assault vehicle.  We discovered how quickly a  minor job can achieve major status when our $350 front end alignment soon morphed into a $2200 endeavor with the addition of a couple of tires, 4 wheel brake inspection and differential service.  Our second little “cleanup” project involved replacing what we believed to be a leaking toilet seal.  This also turned into a nightmare as we learned that a flood we experienced about a year ago in our bathroom had rotted the subfloor beneath the toilet, bathroom and part of our kitchen area and rusted part of the basement area in the compartment containing the holding tanks as well. . . 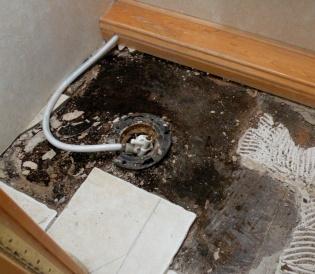 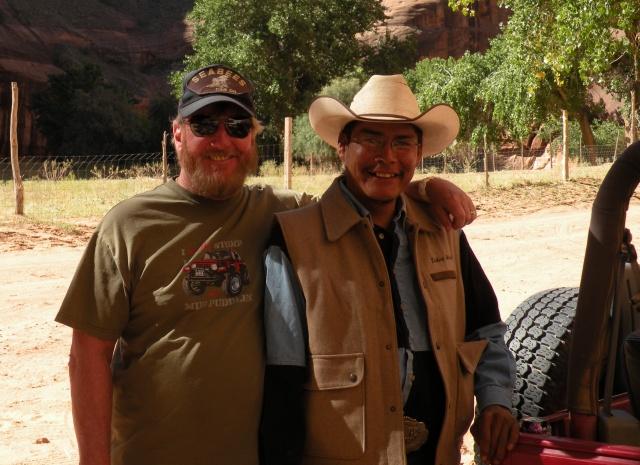 We spent this particular trip to Moab exploring much of the back country with our friends Garry and Connie from Madison, Kansas.  Garry has spent a lot of time and energy restoring his 4WD Ford pickup and wasn’t real excited about taking it places where a stray branch or pointed rock might scratch or dent his showroom quality paint job.  Being of the Jeeper mindset, I consider body damage and unexpected paint removal a badge proclaiming, “You can follow me, but it’s gonna hurt!”   Garry did make it up a few of what might be considered Bunny runs if we had been skiing instead of wheelin’ . . . 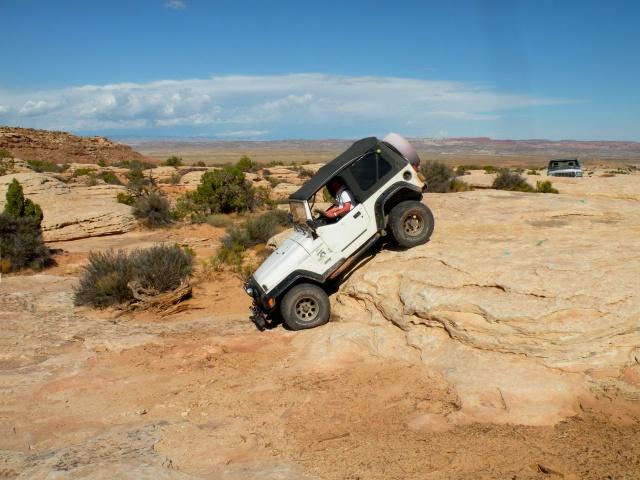 We are envisioning a repair bill in the neighborhood of $15,000 before our home is once again fit for human habitation.  Our residence during the repair process has been the Jameson Hotel in Florence, Alabama, where we are now in the process of negotiating with our insurance company how much, if any, of the damage and repairs are a result of the great flood and may be considered a “covered loss.”   I really HATE insurance companies!!  Meanwhile we have been enjoying the abundance of fall arrangements on display throughout the area . . .