We’ll be heading south again after the race and will probably revisit Summeredale, Alabama, for a couple of weeks before heading out again for New Orleans.  So, write to us when you can.  We enjoy hearing news from all of you.  Hugs. Chuck and Kalyn

The bear is the one in the middle.  The folks around here seem to be having an unannounced competition with Texas over the size of things.  We made this discovery on a shopping trip when I stopped off to pick up a grocery cart . . .

From left to right you’re looking at Jefferson Davis, Robert E. Lee and Stonewall Jackson.  The work on this was actually begun by the guy who carved Mt. Rushmore but, due to a disagreement with the folks paying for the work, he quit and went on to carve the "heads of the presidents" in South Dakota.  Here in Anniston they also have a few large decorated fibreglass animals scattered about town . . .

Fortunately these things come with their own motor, otherwise Kalyn would've had to push it through the store!  Even a quick stop for parts left us feeling something less than adequate . . . 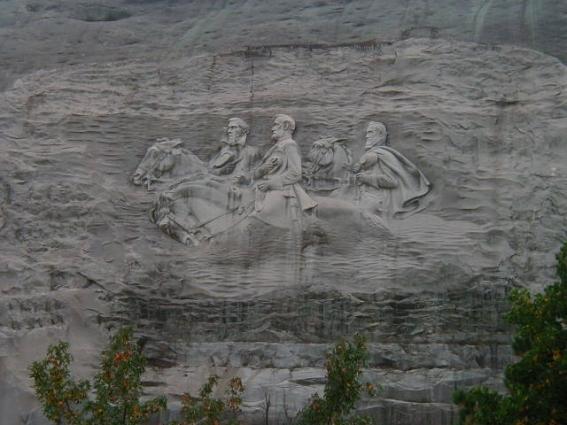 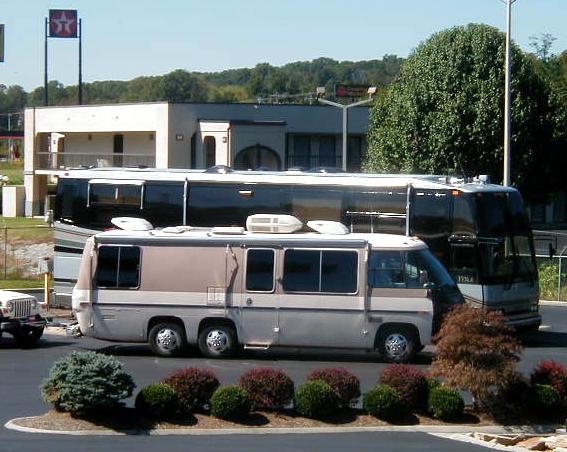 We're the little guy in front!  The one major advantage in parking alongside one of these behemoths is that you never have to lower your awning to get shade.  On the other hand, we have probably missed some really terrific sunsets.  After a week in the Chatanooga area we moved on to Stone Mountain, Georgia for a week and visited the Confederate Memorial carved into the side of Stone Mountain . . . 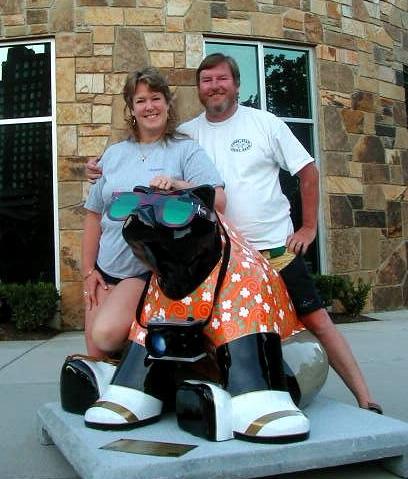 We are also only 12 miles from the Talladega Superspeedway and have tickets to the Alabama 500 on Sunday.  If you catch the race on TV, look for us 23 rows up at turn #1.  We stopped by the speedway on Tuesday and it was mostly deserted.  But on Friday, nearly all the parking lots and campgrounds were full and the roads were full of the transporters bringing in the Winston Cup cars . . .

Howdy folks!  We are now in Anniston, Alabama, “camped" behind the local Elks lodge.  After leaving Jackson, Michigan, we drove south through Ohio, West Virginia, and Kentucky before a lengthy stay in Tennessee.  Our first stop was at the Racoon Valley Escapees Park in Heiskell just north of Knoxville.  We hung out there for 3 weeks exploring Knoxville, Oak Ridge and the surrounding area. Knoxville was similar to Rochester, New York, in that they had distributed fiberglass animals to local artists for decoration and placement around town.  Here's the one in front of the Visitor Centor . . . 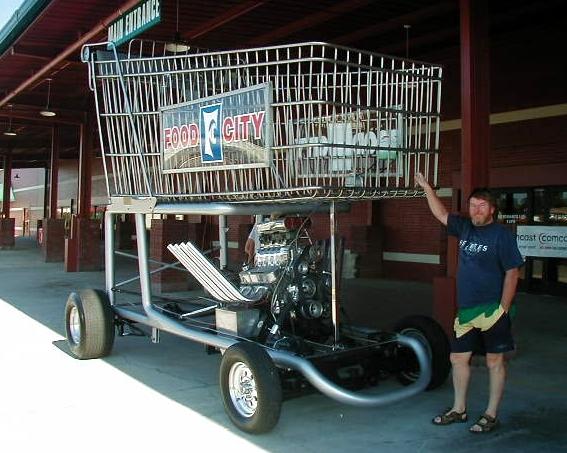 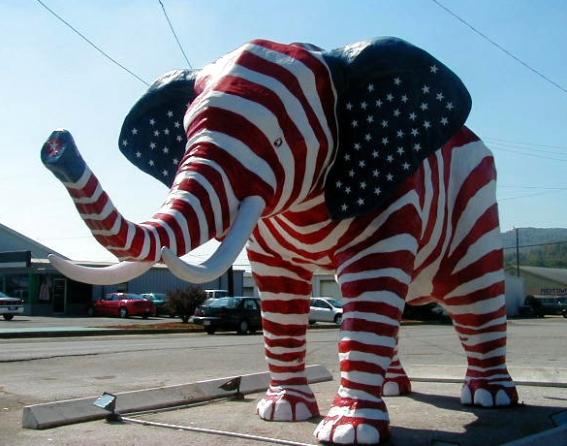 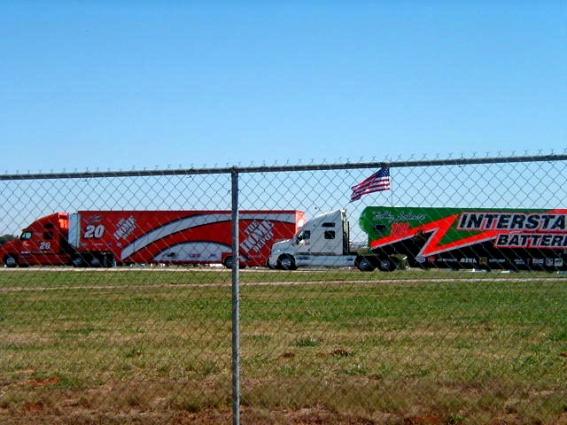