The race was quite an experience as neither of us had ever been to a stock car race before.  Kalyn, of course, adapted very quickly and in no time at all looked like a professional race fan . . . 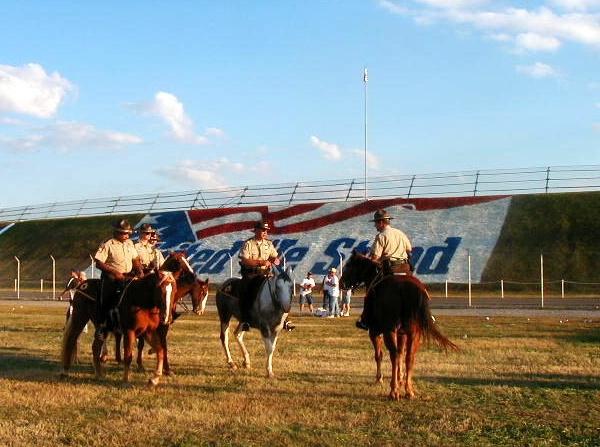 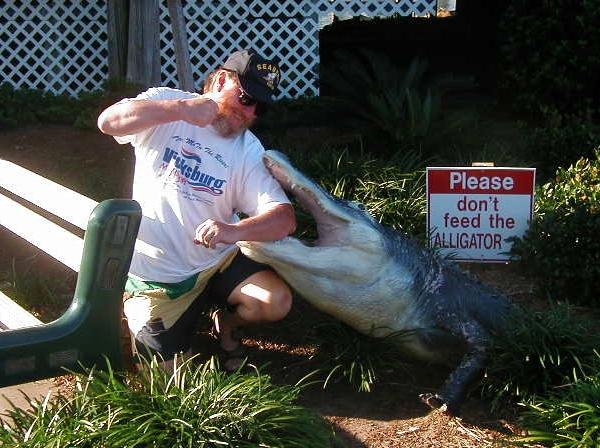 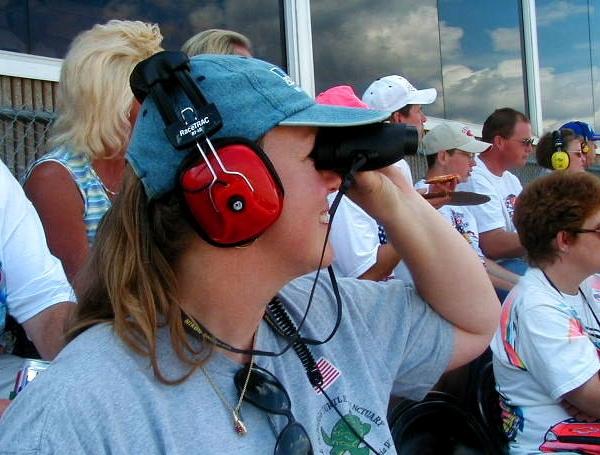 After arriving here in Summerdale we settled in to our normal routine of checking out the local theaters and restaurants along the Gulf Coast and interacting with the indigenous wildlife . . .

I’ve heard of alligator wrestling before but this is ridiculous!!  I actually pinned this guy in the first round and suffered only a minor flesh wound.  In parting, we encourage you folks to keep those e-mails coming.  We really enjoy hearing from you and I make sure that my navigator/social secretary answers every one . . .

This used to be the fastest track on the Winston Cup circuit until one of the cars became airborne at about 220 mph and nearly ended up in the stands.  After that incident NASCAR mandated restrictor plates on the cars which cut their horsepower down from nearly 800 to about 450 and reduced their top speeds to under 190 mph.  This is what 190 mph looks like from the stands . . .

Until next time . . . hugs all around!  Chuck and Kalyn 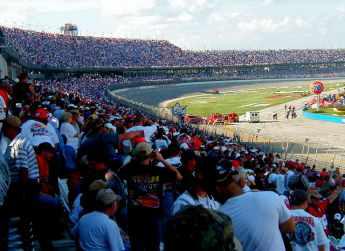 And she actually is looking through the right end of the binoculars.  Due to the events of September 11 there was even increased security at the speedway . . . 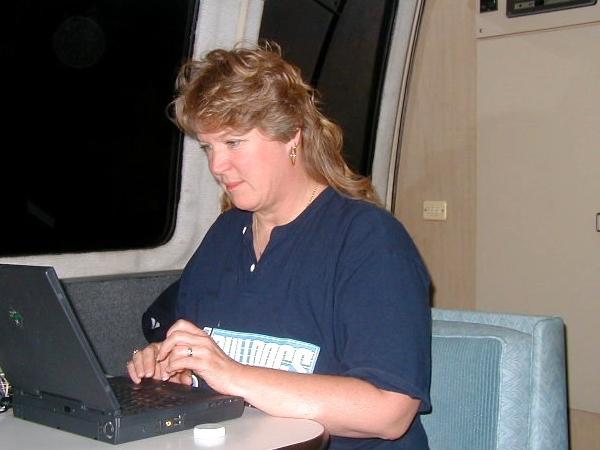 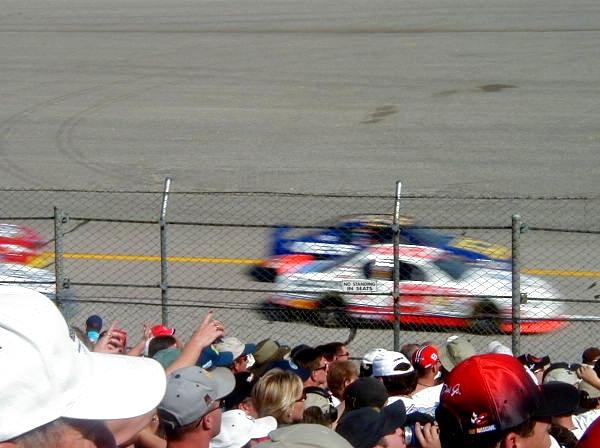 Greetings from what has become our “winter home” . . . Summerdale, Alabama.  Actually, we were down here during Thanksgiving last year and in New Orleans for Halloween.  This year we were here during Halloween and will be in New Orleans for Thanksgiving.  Go figure.  While we were still in Talladega, Alabama, we went to the Alabama 500 stock car race at the Talladega Superspeedway.