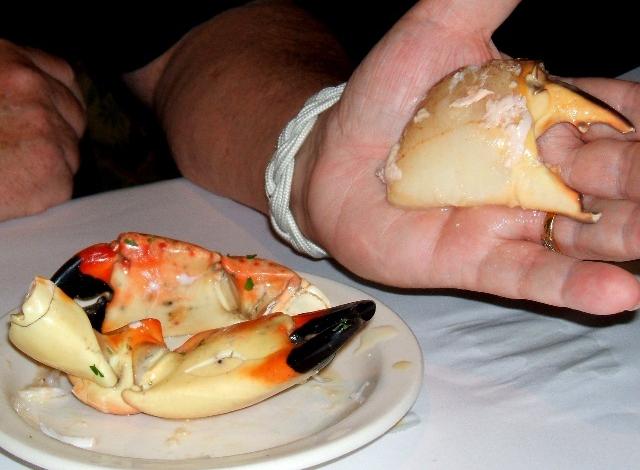 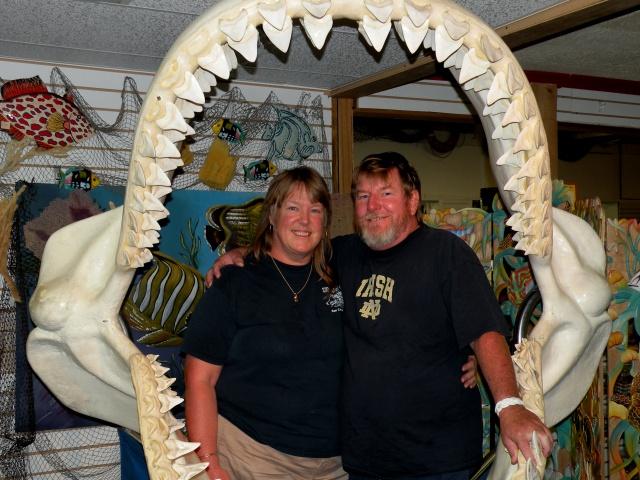 So whether you have taken the high road by making your Christmas gifts this year or have joined the rest of us in pursuit of those cheaply made Chinese products, we would like to wish one and all a Merry Christmas, Happy Hanukah, Krazy Kwanzaa or Fitful Festivus!!

Most of these birds are wild but many are caged while being treated for various injuries prior to release back into the wild.  Others are permanent residents due to conditions which would make their survival in the wild impossible and have adapted well to humankind and especially enjoy perching on an offered arm or shoulder . . .

Tourists are not the only ones who look forward to the afternoon feedings . . .

Wild pelicans, egrets, cormorants and ibis arrive every afternoon at 3:30 for a free snack of fresh fish which visitors are encouraged to hand feed to the expectant diners.  After watching a couple of young girls trying to fend off a flock of hungry pelicans, I tactfully withdrew my name from the list of Steve Irwin wannabes.  A pelican will occasionally eat more fish than he can swallow and must suffer the humiliation of being netted and manually “burped” to clear the blockage . . . 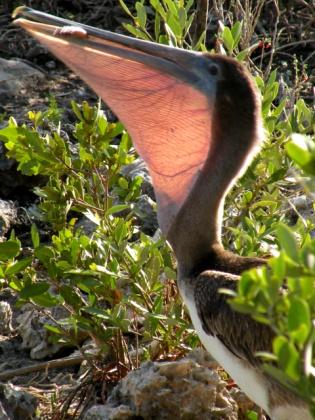 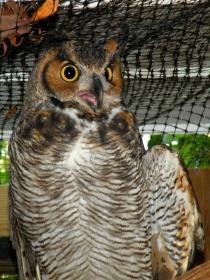 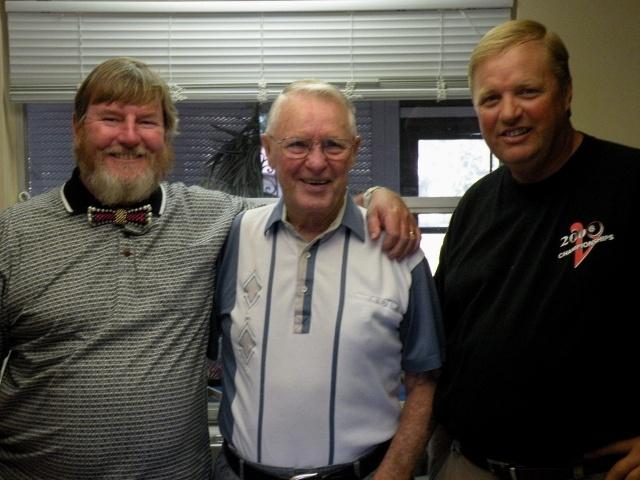 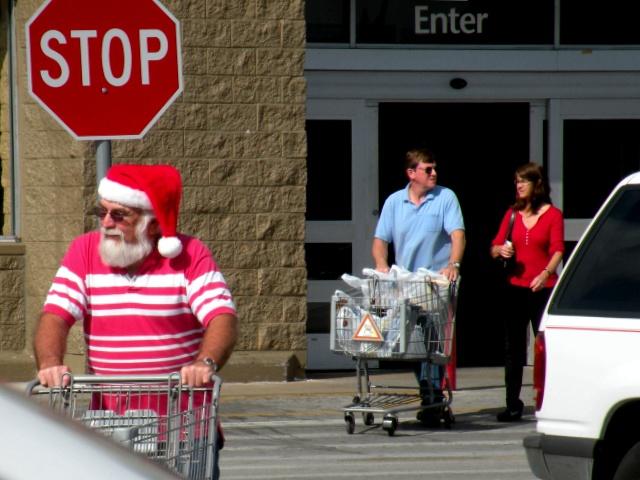 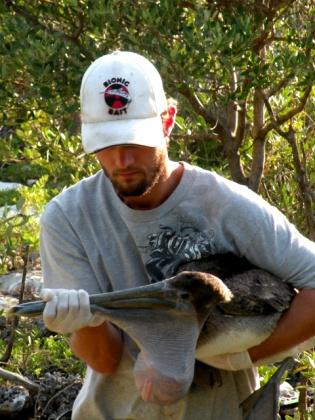 I suppose that this had to eventually happen since many “Floridians” have a toll road mentality which they brought with them from Pennsylvania, New York and New Jersey.  My bride has taken up a personal vendetta against financial detriments to free travel and will drive 50 miles out of her way to avoid a 25 cent toll.  You do have to admire her determination!  No journey through Florida would be complete without a visit with the patriarchs of both our clans who now call this place home.  Most have chosen to spend their “golden years” on the Gulf coast and my bride’s “Cuzzin Bob” turned out to be a good choice for Thanksgiving dinner this year . . . 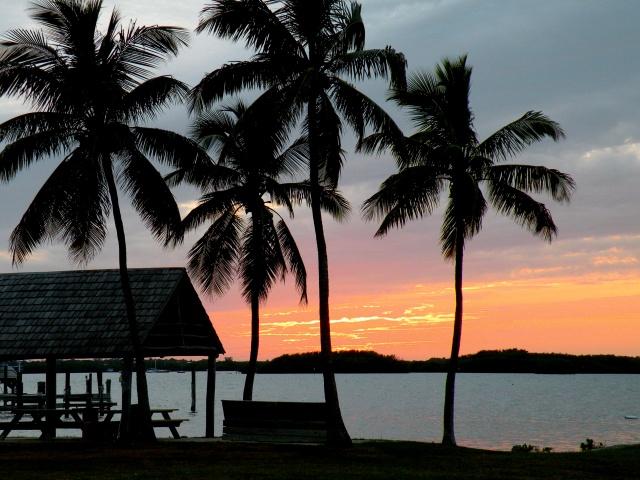 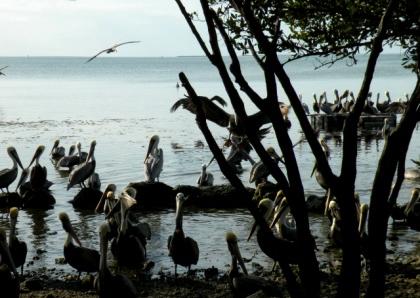 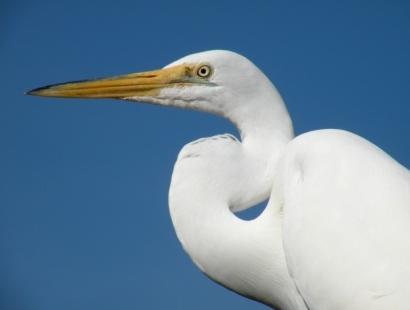 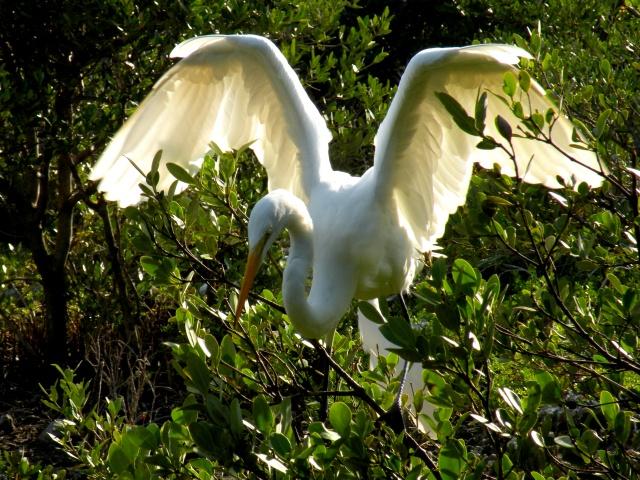 We discovered a bird sanctuary just up the road from our “campsite” where my resident photographer spent an entire afternoon sneaking up on our feathered friends . . .

This distinguished looking pair is my Uncle John and Auntie Kathy.  They apparently believe that my bride and I are underfed as they ply us with food from beginning to end of every visit and then insist on sending us home with grocery bags of homemade pasta and other Italian delicacies.  We occasionally come upon a Ziploc bag of spaghetti or lasagna that John has secreted away in our Jeep so we won’t starve to death on the drive home.  Unfortunately, we don’t usually discover these treats until several weeks or months later.  Rather than discarding these treasures, we wrap them up and send them on to my brother-in-law at Christmas each year and tell him they are home-made fruitcakes.  Another of the things to be found in abundance throughout Florida is shell shops.  Not only do they offer a humongous assortment of local shells and coral, but you can also arrange to have a picture taken to offer as an unassailable reason for your reluctance to engage in any water oriented activities . . . 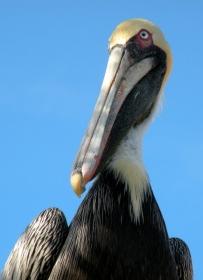 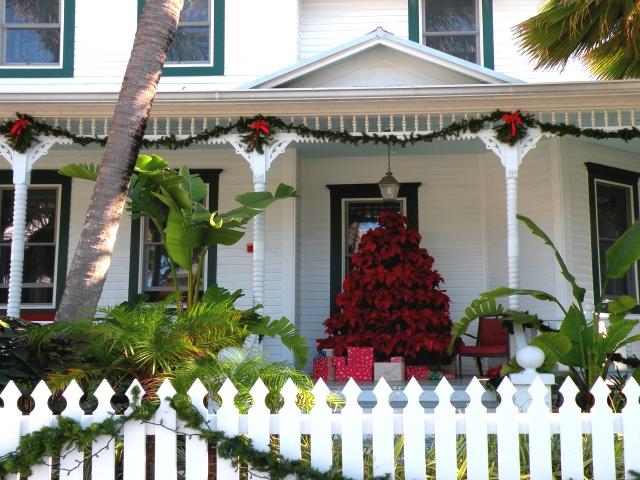 After trapping the stone crab, the larger of the 2 claws is removed and the critter is then returned to the water where, during the off season, his amputated limb grows back in time for the next season’s harvest.  This is one renewable resource that you can really sink your teeth into.  One sight that is becoming more commonplace throughout Florida is a multitude of toll roads . . . 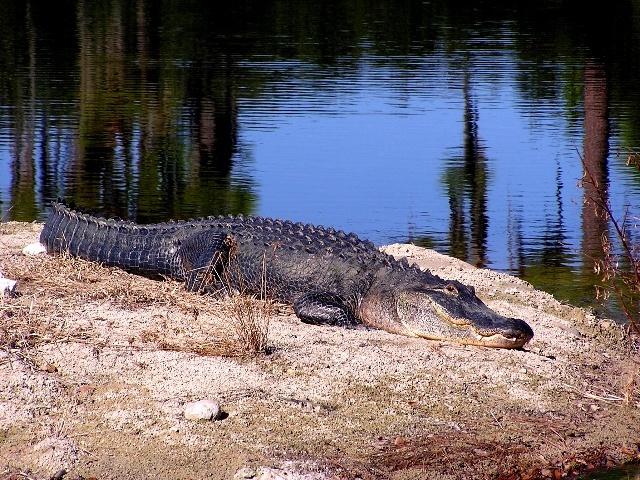 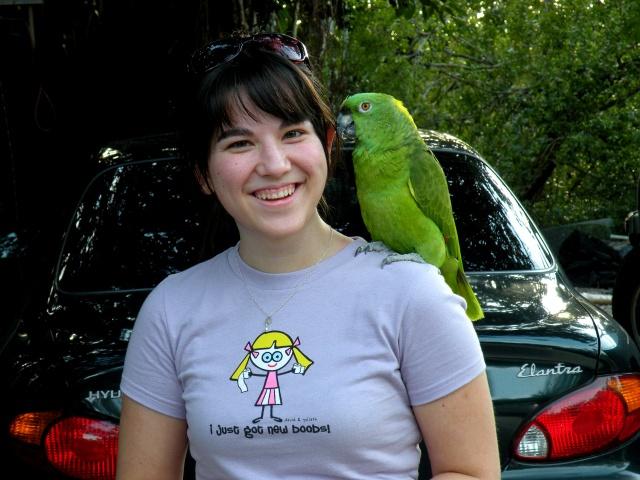 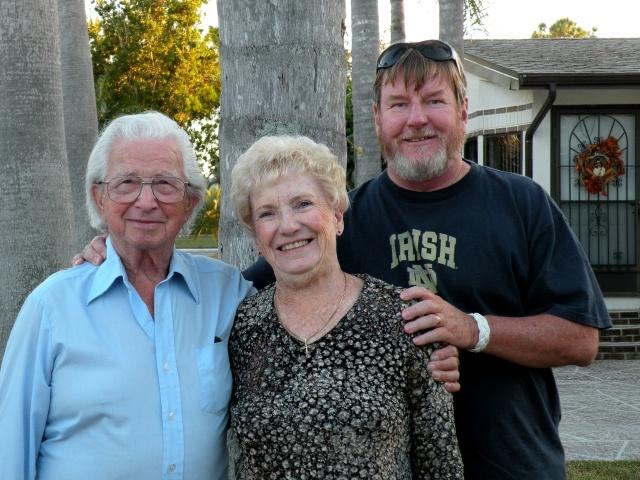 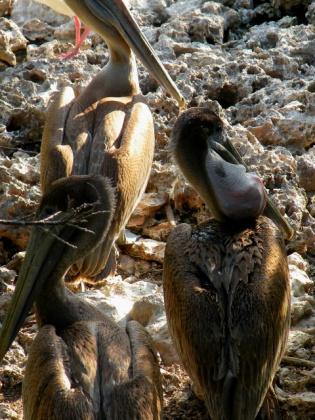 During our previous visit with Bob, I had to buy a pair of shorts with an inseam longer than 5 inches and a collared shirt simply for the privilege of being permitted on the golf course where I had my clock cleaned by a guy who once groomed George Washington’s horse.   Not wishing to endure a second clothing shortfall in as many visits, I wore the very same shorts and shirt I had previously purchased and added a bowtie as additional insurance against being denied access to the traditional Zimmerman Thanksgiving feast of blue tongued mango vole au gratin served over a glistening bed of pan fried okra and chitlins.    These Zimmermans really know how to make an old country boy feel welcome!  Bob has somehow convinced his son, Alan, that doing all the cooking, cleaning, yard-work and home maintenance in exchange for a closet sized bedroom he shares with 3 large dogs, 2 cats and an iguana is a deal too good to pass on.  We do have some nice relatives in Florida as well but they only seem to appear on the Bryan side of the family . . .

You would think that some cutesy home made item would be less expensive and better made than a similar item from a store.  HAH!!  I figure that with material, time, gas and labor included, we managed to turn out these little gems for just under $200 each!  Even Santa is not making his own toys any longer and can be found at our local Wal-Mart taking advantage of the pre-Christmas sales . . . 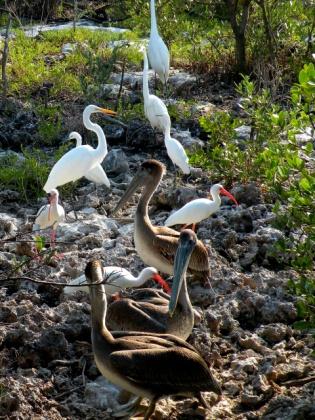 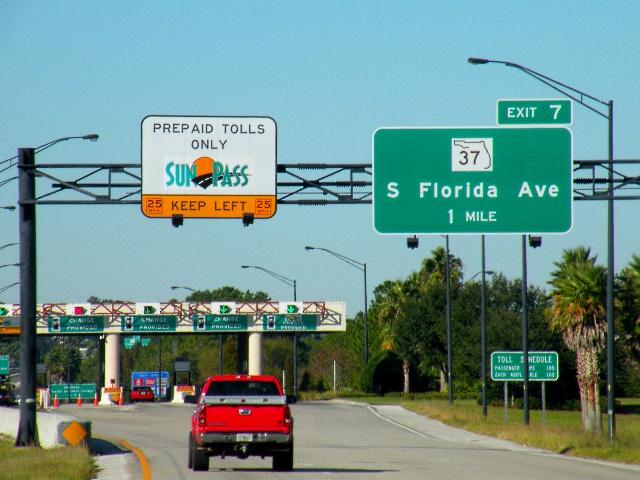 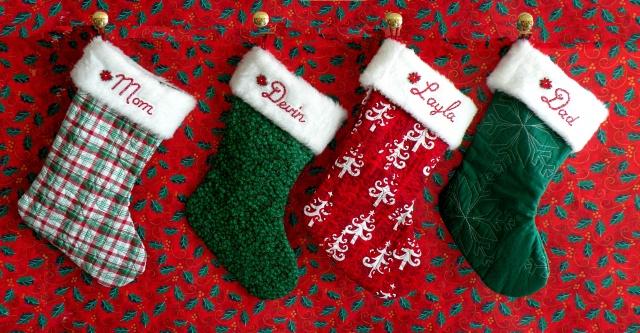 Be careful during the New Year celebration and land safely in 2009.  Hugs, Chuck and Kalyn

As you travel further down in the Keys away from the Everglades, alligators disappear and are replaced by salt water crocodiles.  This is yet another reason to stay the hell out of any south Florida water which is not surrounded by concrete.  With Christmas nearly upon us, my onboard sail-maker/seamstress took it upon herself to whip up some stockings for our kids and grandkidlets in Los Angeles . . .

Our first stop in the Keys was a 1 week layover on Key Largo, at the Tavernier Elks Lodge prior to the beginning of our reservation date on Key West . . .

EUREKA!!!!  We’ve found it…..finally!  Key West, that is.  When we headed out in search of adventure back in January of 2000, our primary destination was Key West, Florida.  And now, after merely 9 years of travel with detours on scenic routes through 49 other states including Alaska, nearly every Canadian province including Newfoundland and Labrador, and all of the border states of Mexico, we have arrived!   Nobody ever told us it was going to be easy.  As it happens, our timing has placed us right in the middle of stone crab season, October 15 through May 15, with the largest claws now being harvested . . .