After departing N'awlins and the Slidell Elks lodge, we headed south in bayou country and then due west along the Gulf of Mexico into Texas.  We retraced our trek from last year along the coast and into Galveston before finally coming to rest for a week in a small coastal town named Palacios.  There isn’t much to do here and, though being the Shrimp Capital of Texas, there isn’t a decent seafood restaurant in the entire town.   We did, however, find a pretty good Mexican restaurant . . . or two.   Our RV site was on Matagorda Bay and we had a great view of the ocean from our bedroom window . . .

Merry Christmas from Texas!!!  We just realized that we haven’t bored all of our friends with one of our missives since we were in Summerdale, Alabama, on November 5th.  How could that have possibly happened??!!  Damned if I know!  Anyway, since it is the Christmas season I thought about sending out one of those extremely long and boring Christmas letters containing tons of useless information about people, places and things no one on earth cares a rats butt about . . . however, cooler heads prevailed (spelled k-a-l-y-n) and I’ll attempt to lighten your spirits with the usual drivel instead.  And so, on with the tale . . . After leaving Alabama we made a rather quick trip through Mississippi and landed in Slidell, Louisiana, and back at our local Elks lodge . . .

My sister, Ruthie, and her husband, Mike, met us in New Orleans for Thanksgiving.  We abandoned our mobile bedroom for a week and stayed at the Royal Sonesta Hotel on Bourbon Street.  N'awlins never seems to change very much from one trip to the next . . . or maybe we just go there so often that we don’t give it time to change.   We enjoyed all of the touristy things that people do and even went out one evening, after dark, on a Vampire Tour.  Very spooky stuff.  Actually, our guide was probably the spookiest part of the tour and having our group set upon by one of the indigenous weirdos was definitely the most entertaining part.  Much of the tour was spent spotting and dodging kamikaze bats . . . 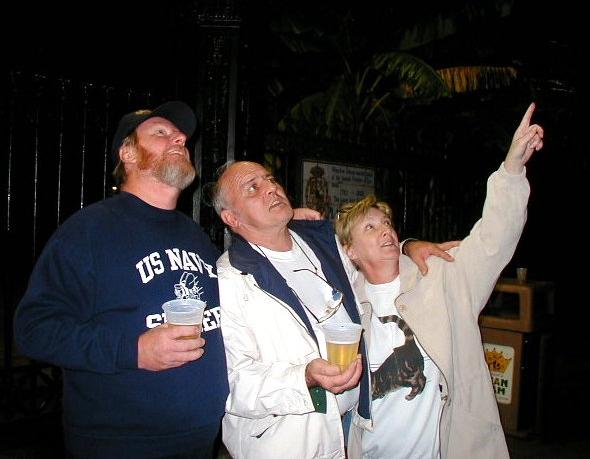 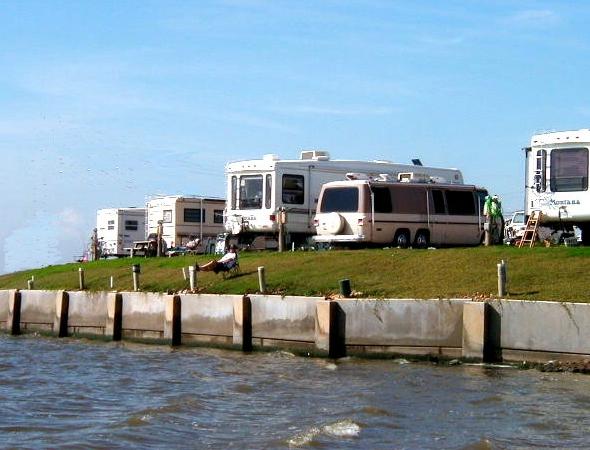 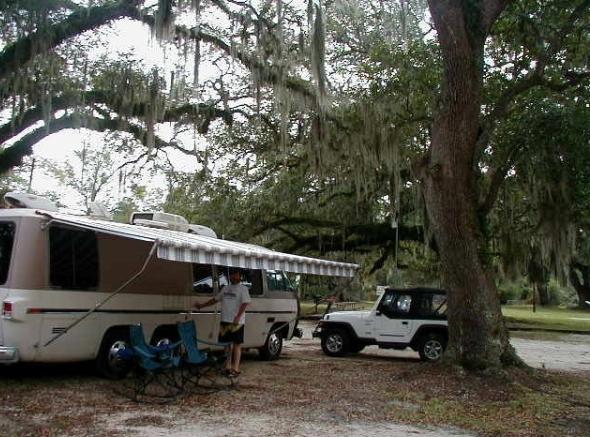 The sunsets here are pretty colorful and are really to be enjoyed . . . 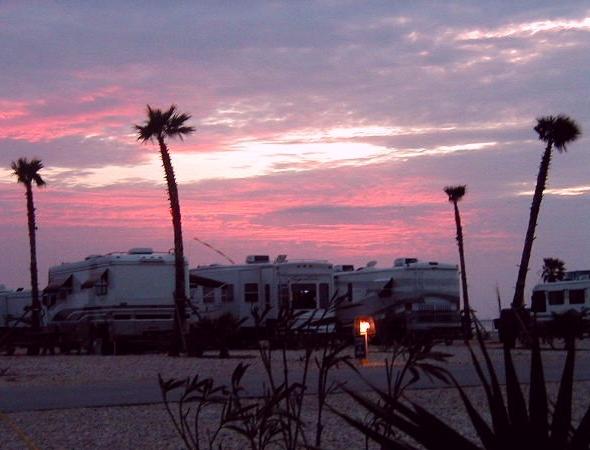 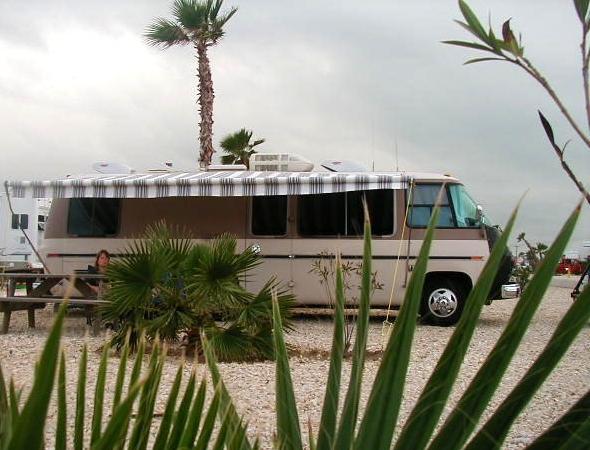 You may have noticed that, once again, our home is substantially smaller then our neighbors’.   The old fat guy holding up the retaining wall is me.  The weather turned cold and wet during our stay in Palacios so we decided to get as far south as possible as quickly as we could.   So . . . we hopped aboard the UAV and made a speed run through the King Ranch (easily 10% of Texas) to Harlingen and then on to South Padre Island.   The weather has improved quite a bit in the week we have been here although it has been pretty much cloudy and windy all the time.   We’ve had our awning down a couple of times but had to get up in the middle of the night to put it up to keep from being blown away!

I think the effect is actually caused by all the stuff the local refineries are spewing into the atmosphere.  It’s kinda nice to be able to enjoy a little air pollution occasionally and so, from our home to yours, best wishes for a Merry Christmas, Happy Hanukah and a fun-filled and exciting New Year!!!   Love, Chuck and Kalyn