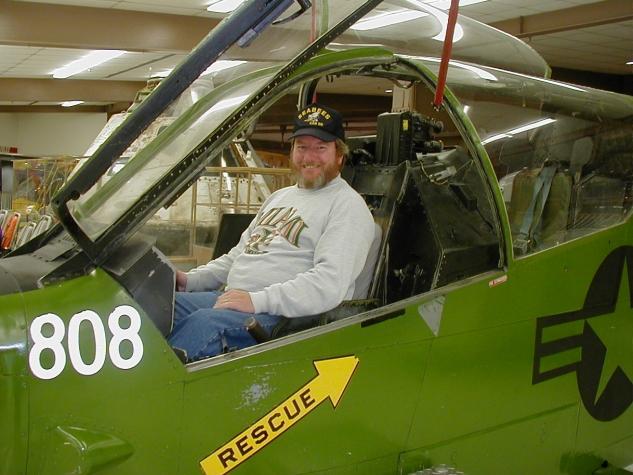 We have arrived in the land of sunshine, olde farts and recounts.  You guessed it: Flori-duh (at least that’s how the indigenous peoples pronounce it now).   Our first stop after sojourning nearly 50 miles in less than a day was at the Warrington Elks lodge west of Pensacola.   We managed to discover most of the upscale dining spots (translation: anyplace with a good chili dog) and spent a few days at the Naval Aviation Museum at the Pensacola Naval Air Station . . .

And, yes, that is a feminine buttocks between us!   Yet another glaring example of what happens when you enlist the help of an underpaid waitress.   We are now in Fort Walton Beach as the result of another grueling trip of nearly 50 miles in one day with only one rest stop.   This area is known for its sugar-fine white sand beaches.   As you enter town there is a sign informing you that it is illegal to bring colored sand into the area.   The local police even set up checkpoints where they have you remove your shoes and shake out your socks before walking on the beach.   I can’t imagine what the penalty for the transportation and distribution of illegal sand might be but I am certain that if you went to jail for it you would have the Democrat who invented the butterfly ballot as your cellmate! Once again, we have inflicted ourselves on the local Elk population and, once again, we have located some interesting dining spots.  The list even includes this one place that will cook your catch . . . 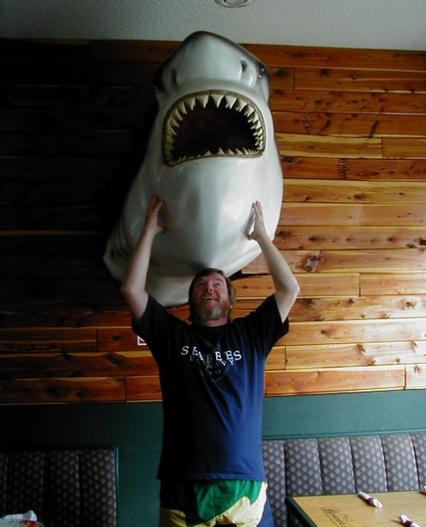 Our grandson, Nicholas, at one year of age on his first “Harley” 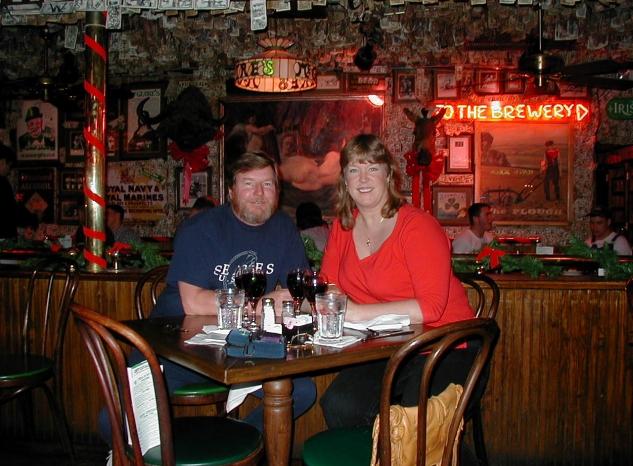 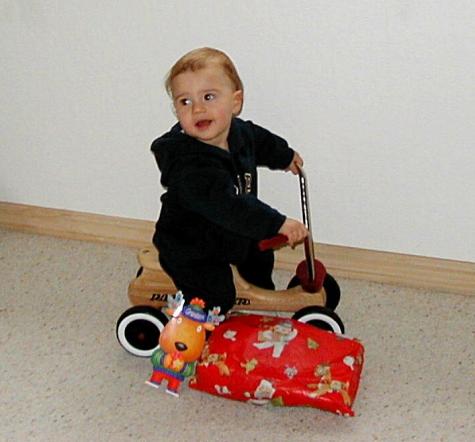 After climbing into the cockpit of one of the “demo” planes I was finally able to figure out why pilots are only slightly larger then midgets.   A fighter plane’s cockpit is definitely not the place for a fat olde fart.   We had to enlist the assistance of 3 marine guards to get me out of this contraption.   We celebrated my 56th birthday at McGuires Irish Pub.   This place is absolutely fantastic!   Although they lacked the basic ingredient of an upscale establishment (chili dogs), it would be impossible for anyone to leave this place hungry.   The portions and prices are enough to bring a smile to the lips of even the thriftiest of Irishmen . . .

I caught this guy off the dock behind the lodge.  We couldn’t eat the entire thing though and had to rent a trailer to haul home the doggie bag.  Word has it that we’ll soon be departing Fort Walton and heading toward Panama City.  That’s about 46 miles east of here and will require a good night’s rest and an early start to cover the entire distance in less then a day!  We have also noticed that after Panama City there is virtually nothing until Homosassa Springs, home of the endangered manatee burger.  So, we’ll write when we can but there may be a derth of verbiage for a spell.  Hope y’all have a happy New Year and the world survives the event . . . again.  Hugs and kisses, Chuck & Kalyn

Finally Florida!!  After wandering the wastelands for the biblical 40 years (more or less) we have finally reached our destination . . . kinda.  Actually, since we have no plan or purpose, wherever we happen to light becomes “The Destination.” 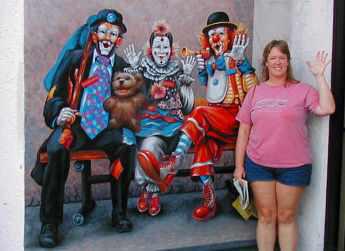