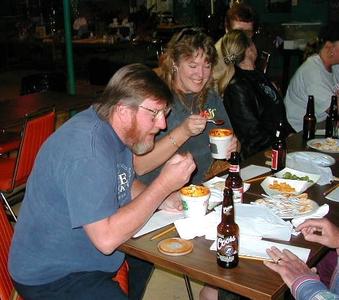 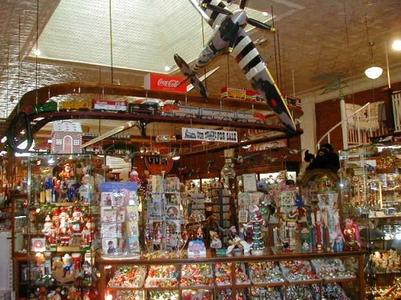 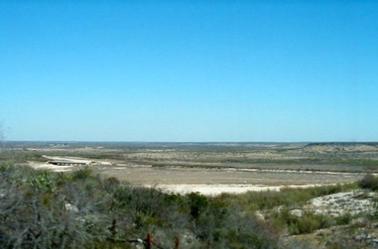 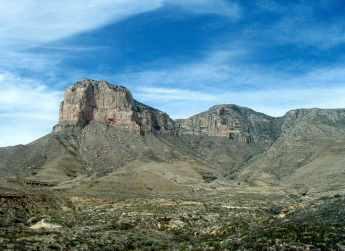 The Jackalopes beat the Iguanas (the first time ever), after regulation play, 2 overtime periods and finally a shootout.  We were a bit disappointed to see the game end as it did though - the next tie breaker was having the goal tenders meet at center ice with 18th century dueling pistols!  Oh well, maybe next time . . .   The next day we participated in a local chili cook-off as celebrity judges (anyone around here who isn’t from Odessa is considered a celebrity).  We discovered that Texans take chili very seriously and judge chili not only by taste but also on color, texture, aroma and aftertaste.  We also learned that merely enjoying food does not qualify you to be a chili judge . . . even a celebrity one.  After the first taste our taste buds refused to be subjected to any further abuse and the other 14 samples all tasted exactly the same . . . hot!!  Somehow, though, a winner and runners-up were selected in spite of the failures of the celebrity judges . . .

This is a collection of World War 2 aircraft and bomber nose art as well as a history of the war through hundred of dispays and interactive exhibits.  This is a real "Must See" if you are ever in the Odessa-Midland area.  While in our "Cultural" mode, we also stopped in at the Presidential Museum here in Odessa . . . 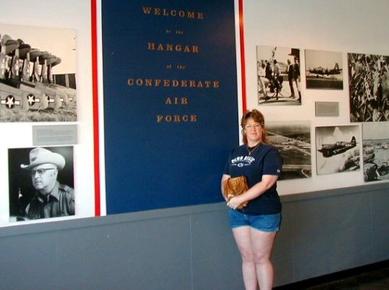 And so, adios for now.  We’ll be heading out of Odessa some time tomorrow for Carlsbad, New Mexico, for a well-earned vacation after a week of serious sight seeing and cultural immersion!   Hugs, Chuck and Kalyn

There isn’t really much to see in this part of the world unless you are seriously into sagebrush, cactus and jackrabbits.  If that’s your idea of fun . . . come on down!   We spent a week in San Angelo at our local Elk’s Lodge and did find an interesting “Old Town” historical district with some very interesting stores including Eggemeyer’s General Store with great browsing . . . 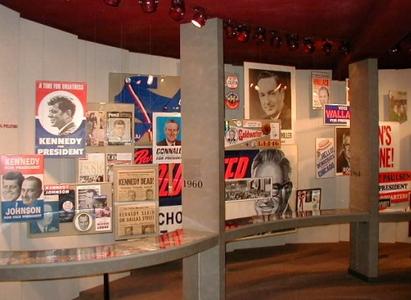 This place has a collection of campaign pins, posters and banners dating back to George Washington and miniature replicas of the gowns all the First Ladies have worn to the Inaugaral Balls.  The most amazing thing is the names of all of the virtually unknown people who have run for president over the years and the obscure political parties they represented.  Pat Paulsen has always been my favorite candidate!  After this massive influx of culture and history we felt we were due for a break.  And what better way to relax than going to a hockey game between the Odessa Jackalopes and the San Antonio Iguanas. . .

Winter Texans . . . that’s us!  That is what all of the out-of-state folks are called around these parts at this time of year.  In reality, since we have Texas driver’s licenses, Texas plates on our vehicles and we’re registered to vote in Texas, we consider ourselves official “Texans”!  Our adventure thus far this year has taken us from South Padre Island through McAllen and Del Rio and then across the wasteland called “West Texas" . . .

This place had just about everything imaginable including old time Lionel trains and huge airplane models, which are built by a local retired Air Force Colonel.  The store is located in a turn of the century building (1800 to 1900, that is) across the street from the local house of ill repute, Miss Hattie’s.  Unfortunately, Miss Hattie’s has been converted to a bar and restaurant now.  After leaving San Angelo we arrived here in Odessa about a week ago and have been visiting such local hot spots as the Confederate Air Force... 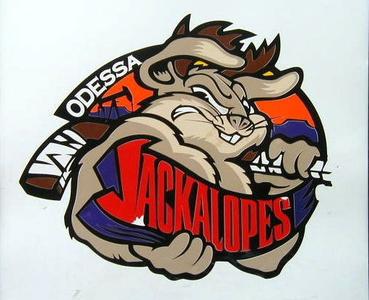