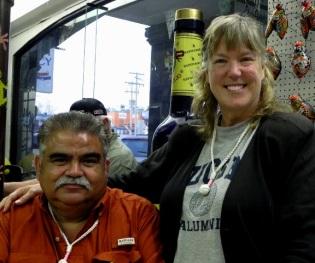 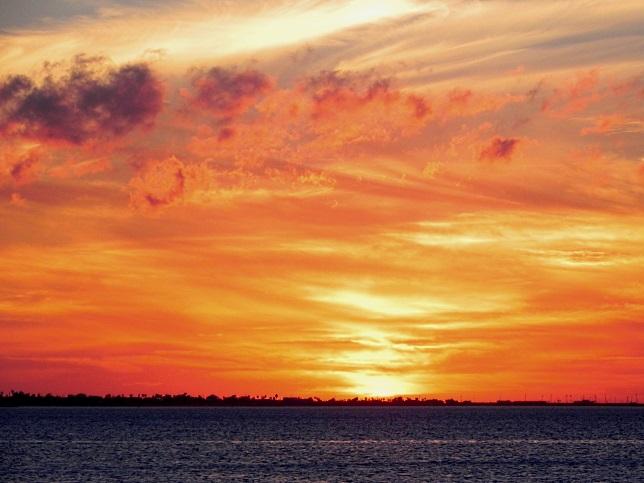 Well it looks as if another month has passed us by and we really haven’t been up to very much worth writing home about.  Since returning to the RGV from our Christmas in New Orleans and more or less sleeping our way through the arrival of the New Year, we have lapsed into a life of relative mediocrity.

We did treat ourselves to a new Canon EOS 60D camera with an 18-200mm telephoto lens for Christmas and thus far we have sat through their included 2-hour instructional video several times and come away knowing very little more than how the “On/Off” button functions.  However, we ARE determined to acquire, at the very least, a rudimentary understanding of this thing so we can get some fabulous Grizzly pictures while we are in Alaska this summer!  That is the primary reason we bought this thing, along with a tripod and remote control, so we can set it up, take closeups from far away and still have time to run like hell if our “far away” is not far enough.

Another goody my Bride picked up around Christmastime through some rewards program on one of our gazillion or so credit cards is a Kindle book reader.  I enthusiastically encouraged her to get this cutesy little device as it enabled me to justify donating the 200 or so paperback and hardcover books we had stored in a cabinet above our bed.  I figured it was just a matter of time before the burgeoning mass of bound cardboard and paper overpowered the cabinet hinges and the entire lot would spill out one night effectively suffocating me in my sleep.  It really had become a matter of me or them!  They’re gone now.

We had been making the occasional run across the border to Progreso, Mexico, to buy a few meds that are only available on our side of the border by prescription.  It was unfortunate that the pharmacy we used also had a bar that dispensed some pretty high octane Margaritas for a price which drew my bargain conscious Viking like a Norwegian to herring.  She drinks…she gets chatty…and she “visits”… 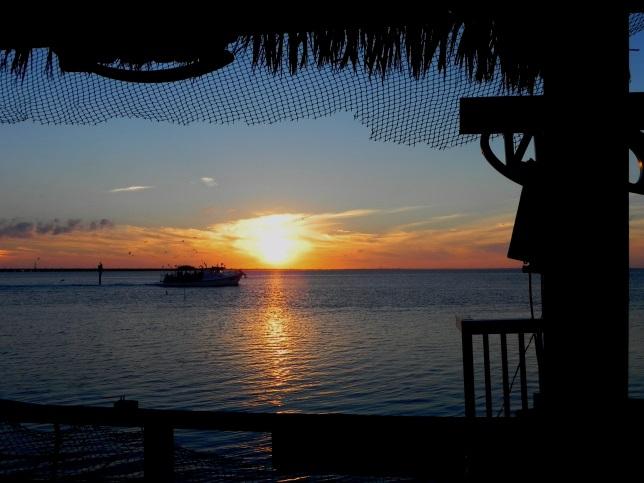 It seems that the entrapped touristas were unable to continue contributing to the Mexican economy when thus ensnared and would break for the border at the first opportunity to do so.  The Federales made a deal with the Border Patrol to reduce the number of illegals crossing the Rio Grande by 1000 per month if our side would only keep my Bride on the U.S. side of the river.  It wasn’t a personal thing, it was just business.

Unable to travel south of the border, we decided to torment some of the local “islanders” on South Padre Island...

SPI is only a 60-mile drive which equates to about 20 minutes here in Texas.  We had hoped to revisit some of our old haunts from previous visits but discovered that most of the places we had patronized in years past were no longer open.   Hmmmmm…I wonder.  Sooo, we went someplace new!  As it turned out, the Palm Street Pier & Bar had a great deal on oysters (one of our all-time favorites) and their waterfront location was the perfect place to enjoy the sun slowly setting over the mainland across the channel… 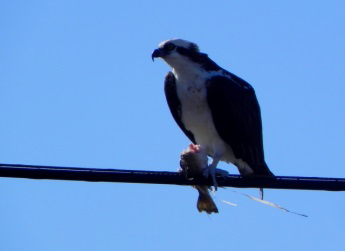 On a more serious note, olde age has once again presented us with a few challenges of late that we have, thus far, successfully dealt with through the miracle of modern drugs and a wee bit of surgery.

In my drive to succeed Hulk Hogan as the next World Wrestling Champion, I have been working feverishly in the gym on a weight lifting regimen that would leave Charles Atlas exhausted.  Unfortunately, old muscles do not take well to change or lifting anything heavier than a spoonful of oatmeal, with the occasional raisin, at breakfast.  I managed to tear a rotator cuff ligament as well both bicep muscles in my ill-conceived attempt to forestall the Grim Reaper.  Fortunately, all 3 tears are very small and will heal just fine on their own plus the assistance of a steroid shot in the shoulder.   I wonder if I’ll get “roid rage” next?!

My Bride, always out to “one up” me, developed a cholesteowhatchamacallit (cholesteatoma) in her left ear which, if left untreated, would cost her the hearing in that ear and could, eventually, have become life threatening.  The surgery was this morning and the doc assured us the problem has been resolved and, although these things have the potential for returning, hers should not.  And her new headgear is just so attractive…she refused to let me take a picture so just imagine Boris Karloff in “The Mummy”...on steroids!!! 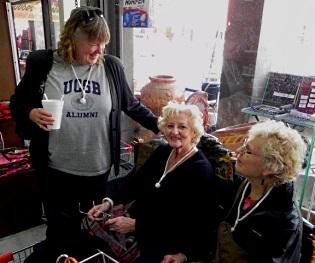