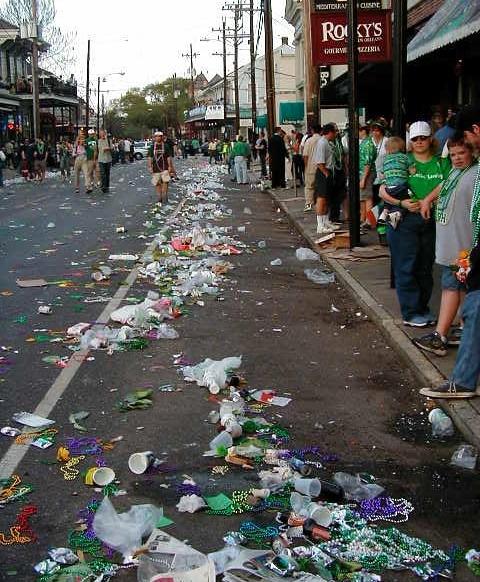 The aftermath of the parade was a sea of Mardi Gras beads, vegetables and other assorted garbage littering the streets . . . 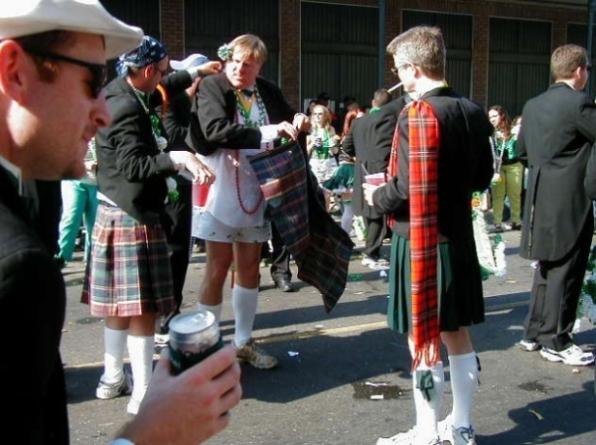 I think I’m gonna call the sheriff and see if those convicts are still available.  Until next time, hugs and smooches, Chuck and Kalyn

But following close behind the marchers was a group of convicts who raked all the debris into the street where it was promptly scooped up and carted off in dump trucks.  Several street-sweeping machines then moved in to hose down and vacuum up the remains.  The streets were once again spotless only 20 minutes after the last marcher passed.  Our own home has not fared so well I’m afraid.  I now find myself living with a hardcore bead-aholic who has spent most of the day sorting her booty according to size, shape, color and several other criteria, which I just can’t seem to grasp . . .

One of the larger and better-organized events takes place in the Irish Channel district.  In addition to the Shriners on green and gold Harleys, there are also marching bands, parade floats, hundreds of drunken Irishmen in mourning coats and a few stalwart Scots who had the poor judgment of showing up in kilts which the Irish just couldn’t seem to resist tugging on until the inevitable . . .

Happy Saint Patty’s Day!!!!   We are actually a day early in the greeting but since we are now in New Orleans it is an entirely appropriate greeting for the entire week leading up to the actual holiday.  The folks down here will take advantage of any opportunity to throw a party or march in a parade and at this time of year the entire city is Irish.  The “official” parades for Saint Pat’s began on Friday and run all weekend through the Grand Finale on Monday.  It seems that nearly any group can get together with a few musical instruments and a bag of Mardi Gras beads and the police will cordon off the streets so they can march to their heart’s content . . . 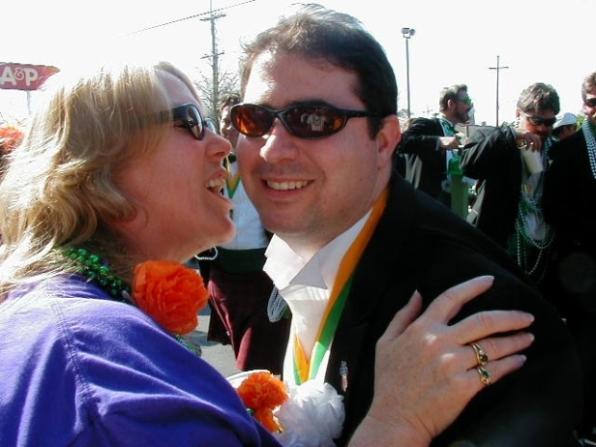 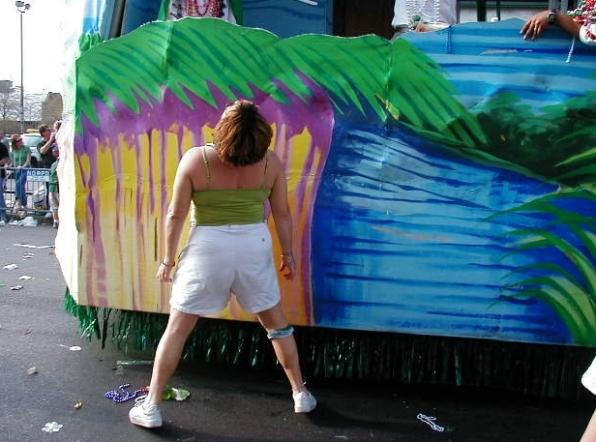 You can’t imagine the sticky mess that results from a near miss.  This lady didn’t even try to catch any beads for the rest of the parade but hundreds of strands hit her and just stuck.  My bride decided that trading kisses for flowers was a more dignified endeavor and soon had Irishmen lined up 6 deep to make the trade . . . 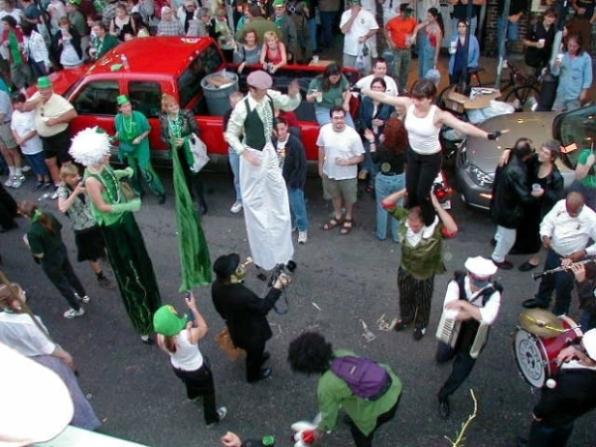 In addition to Mardi Gras beads, the Irish Channel group also tosses cabbages, potatos, onions, carrots and garlic from their floats as well as a shot of Midori for anyone willing to let them pour it into your mouth from the top of their float some 20 feet above ground level . . . 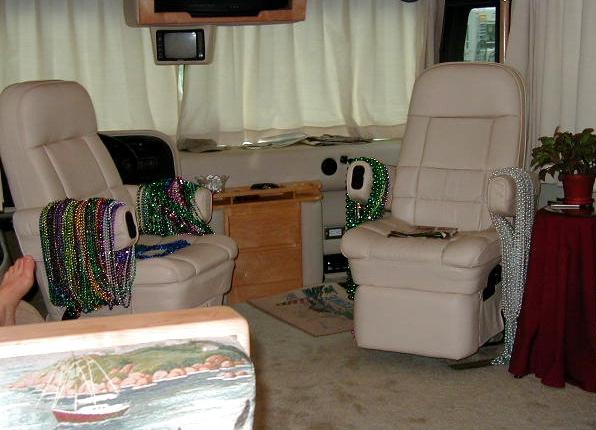