. . . return with us now to those thrilling days of yesteryear when imposing on your relatives was a way of life and courtesy prevented their complaining about the abuse.   After leaving Zolfo Springs, we headed to Naples, arriving on a Sunday afternoon to the smiles and delight of Kalyn’s cousin.   We captured this picture of his smiling cherubic face . . .

They stood on a bench so I wouldn’t have to kneel for this photo.  After my aunt made each of us a pair of shoes (she is also the cobbler for the local Leprechaun population), we headed north once again and are now “camped” at an RV park about 10 minutes from Disneyworld.  We managed to pick up a coupon at the RV show in Tampa for a month in the Orlando Encore Superpark for only $99.  This was just too good a deal for my thrifty Norwegian traveling partner to pass up.  They have swimming pools, tennis courts, shuffleboard courts, free cable TV and a clubhouse with Internet access.  This entire area is like a huge theme park.  Even the shopping centers are built like Olde English villages, Mediterranean markets or castles and courtyards.   We’ll be here through April 17 and then head north along the Eastern Seaboard.  I’m pretty sure that our next update will include pictures of a large rat.  See y’all soon.  Hugs all around, Chuck and Kalyn 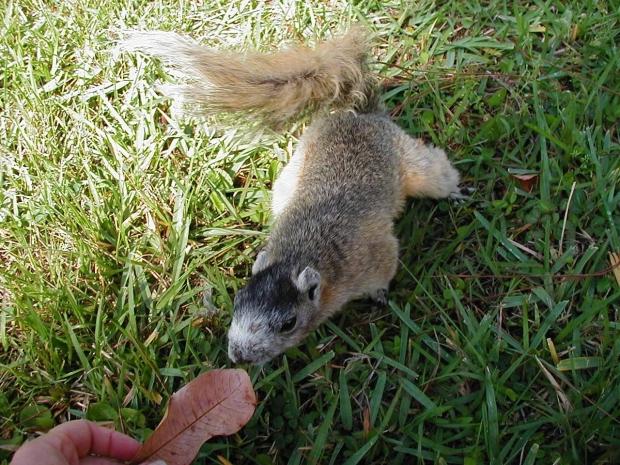 We then headed north to visit my aunt and uncle in Fort Myers.  They live in one of the many country clubs throughout this area and have their own assortment of indigenous wildlife coming up to their back door seeking handouts.  John enjoys feeding the birds but couldn’t understand why his birdseed bill is more then his monthly Social Security check.  I think I discovered the reason . . . 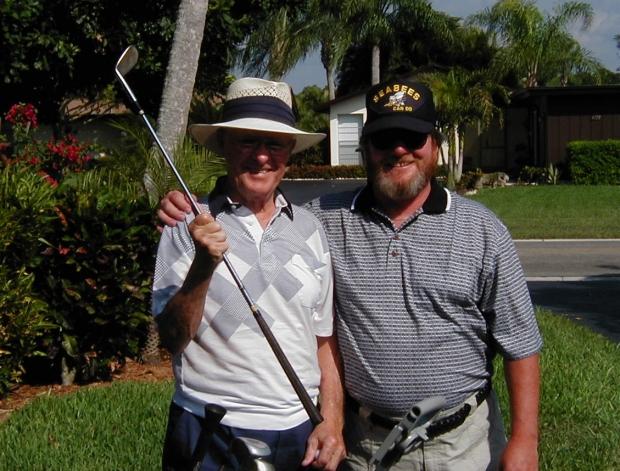 They call this guy a monkey squirrel.  Like all squirrels, they are very adept at climbing but also come up to the back door each day demanding peanuts . . .

By Tuesday he was no longer smiling, on Wednesday he stopped talking, and on Thursday he hired a tow truck to remove our motorhome from his driveway.  I thought he was teaching me to play golf but, after looking at this picture again, I think he was threatening me with that golf club.   Whatcha think??!!  We did manage to see the Everglades and captured this shot of some of the “locals” while driving our Jeep through the backcountry . . . 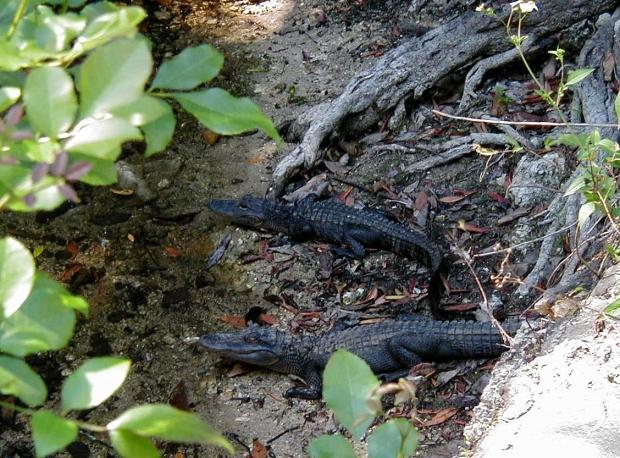 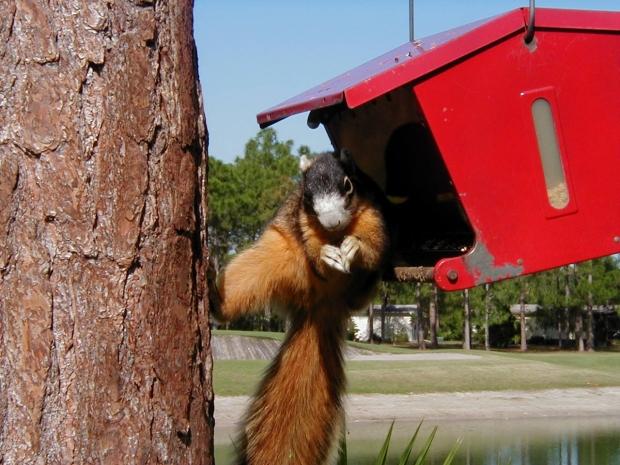 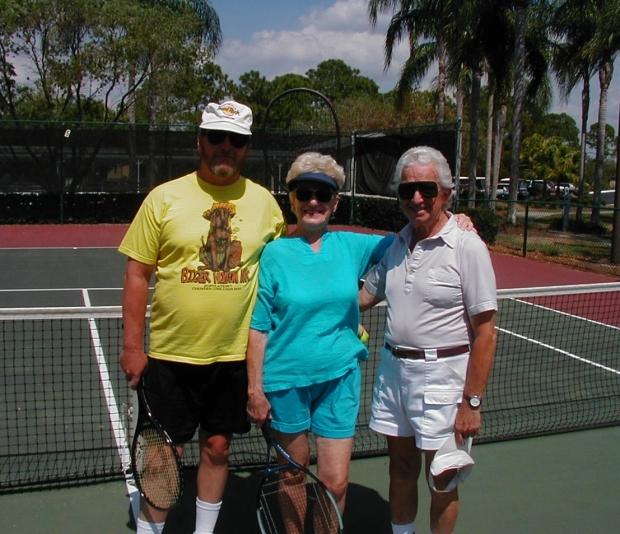 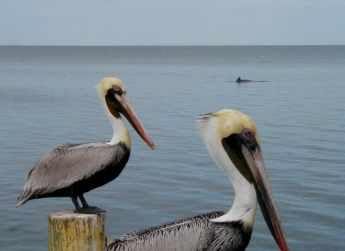 Kalyn nearly lost a finger after offering this guy a leaf instead of a nut.  My aunt and uncle are avid tennis players and compete locally on the S.F.I.A.L.L.P.M.T.L. (South Florida Irish-American Leprechaun/Little People/Midget Tennis League) . . .