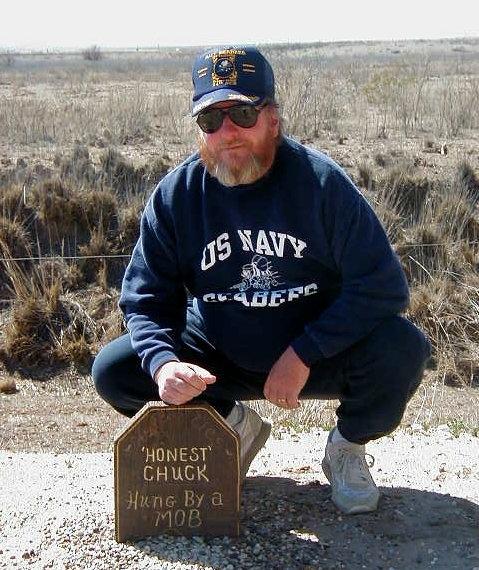 and got so thoroughly absorbed by the Mariachis and Margaritas that we ended up staying overnight in a hotel next door to the restaurant . . . 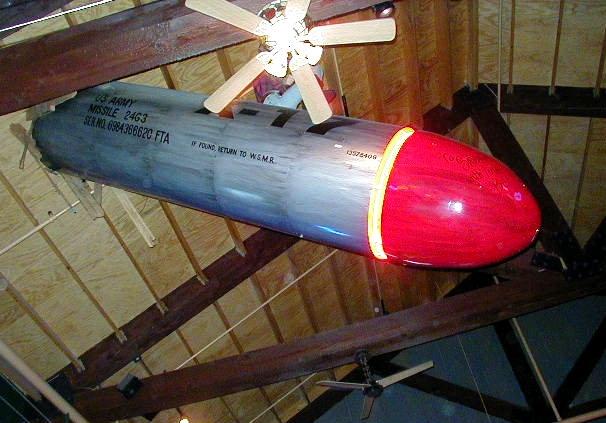 This one was a dud, however, we decided not to push our luck any further and headed out the next morning (2 PM is still morning, isn't it??) for Phoenix, Arizona.  We are now holed up at the Scottsdale Elks lodge among cactus and cactus leaguers.  Spring Training is in full swing right now and many of the major league teams are in town for practice games.  We’ve gone to a street fair and an RV show in the time we’ve been here but generally enjoy just driving through the surrounding area taking in the wildlife and scenery . . . 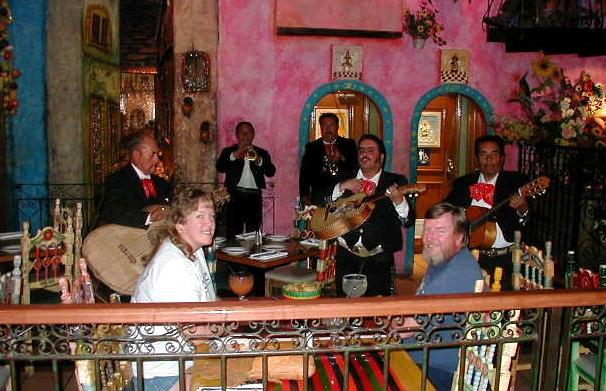 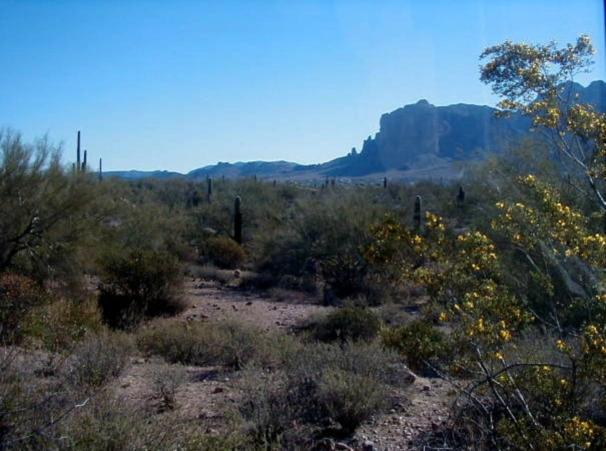 The fact that neither of us was able to drive and the entire border area is crawling with INS Agents carrying automatic weapons never entered into our decision to stay the night!  We left El Paso after about a week and ended up in Las Cruces, New Mexico, for another week.  The area has really grown up and spread out in the two years since we were last here.  They've added lots of new housing, shopping malls, freeways and (always our favorite) restaurants!   We spent a lot of the time at Farley's Pub (home of cheap beer and free pizza) playing the NTN Trivia game with the locals.   We actually spend a lot of time playing "The Game" in bars/restaurants all across the USA.   Farley's is the place we have chosen as our "Home Port" (the location where our scores are tallyed and available for instant viewing) but it's proximity to the White Sands Missle Range is conducive to uninvited visitors dropping in . . .

We endured the cold (down to 13 degrees at night) and the isolation (40 miles from anything) for as long as we could (three days in our case) before high-tailing it back across the border to El Paso, Texas (Home Sweet Home).  We managed a couple of trips across the border to our favorite Mexican restaurant in Juarez, Mexico (Ajuua's)

Salutations from Phoenix!!  We last wrote y’all from Odessa, Texas, and since then we have been through 3 states . . . assuming you can count Texas twice.  We left Texas and stayed in an Escapees Park between Carlsbad and Artesia, New Mexico.  We never saw an Artesian throughout our entire stay (we understand that they have antennae) but did manage to find this interesting marker in the local graveyard . . .

We’ve been here about a week now and have pretty much learned our way around . . . sooooo . . . we’ll be off on Wednesday, heading ever westward toward California.   We actually intend to stop over at the Blythe, California, Elks lodge for a night before heading on to Indio for a week or so.  As usual, our plans are carved in butter and ever subject to change.  So those of you in California had better run while you can 'cuz we’re closin’ in on ya!  (Disclaimer: this warning excludes my brother-in-law who is honor-bound to feed his sister and whomever she drags in with her)  See ya later!  Hugs, Chuck & Kalyn 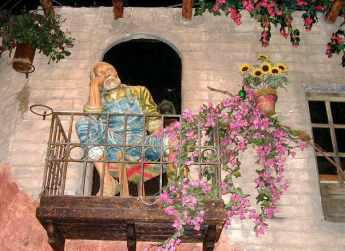