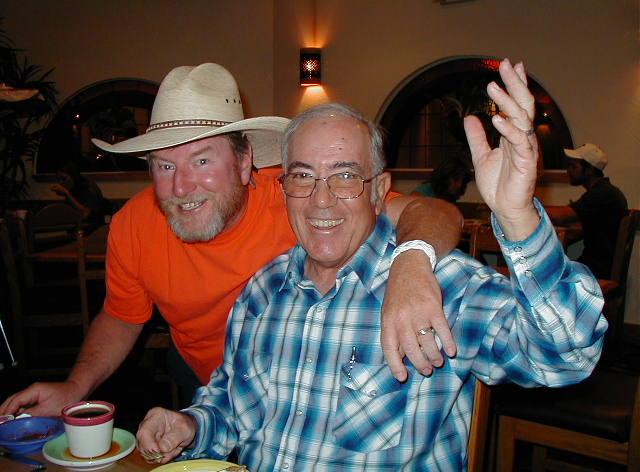 Kalyn actually had the least dangerous part of this ordeal as her only requirement was to lie down on a gurney and get wheeled around Cedars-Sinai under freshly warmed blankets while I was left on my own to dodge the traffic on San Vincente Blvd each day in pursuit of lunch . . .

He put his teeth back in for this picture.  After a virtual speed run across central Texas (west to east in under 2 weeks) we have now arrived “home” at the Escapees Campground in Livingston.  We only pass through this area every couple of years and enjoy checking out the new additions to the campground as well as some of the new restaurants.  Livingston is in a “dry” county which translates to “there’s nary a good place to eat within 50 miles cuz the eatin’ places aren’t allowed to serve alcohol”.  This tends to keep out places like Outback, Red Lobster, Applebee’s and any other place that needs a bar to turn a profit.  Since our last visit a couple of new restaurants have opened which skirt the law by selling “memberships” to their establishments that bring them into legal conformance as private clubs and are allowed to serve alcohol to their “members” (translation: anyone with $3 for a membership card).  In spite of the bugs, the humidity and the peculiar liquor laws, there is one very good reason to visit Texas . . . cheap gas!!  If you live in California or Massachusetts, you might be thinking of relocating about now.  My navigator has completed her bout of cancer surgeries and radiation and has been pronounced cured by her breast surgeon who only wants to see her twice a year forever . . . we’re hoping that forever is a very long time.  Other than the hassle of driving into and out of Los Angeles during “rush hour” traffic every day for a week, the radiation therapy twice a day was pretty easy...

The sun has riz, the sun has set; and here we is, in Texas YET!!! Ahhhyup!   We’re back “home” in the Lone Star State . . . home to fire ants, scorpions and killer bees.  This is a land where every home is adorned with the Texas flag on doors, barns, fences and even a few flagpoles and the Lone Star is prominently displayed on gates, clothing and a few cows that move too slowly to avoid the olde brandin’ arn.  It is also the home of our friends Art and Kathy and their herd of goat, which have gone forth and multiplied in biblical proportions since our last visit.  If allowed to vote, these guys would soon be running Johnson City, Texas!  Art turned 65 during our visit, enjoyed his first Medicare-paid visit to the doctor and managed to gum his way through a couple of cheese enchiladas during a birthday celebration at one of the local Mexican restaurants . . . 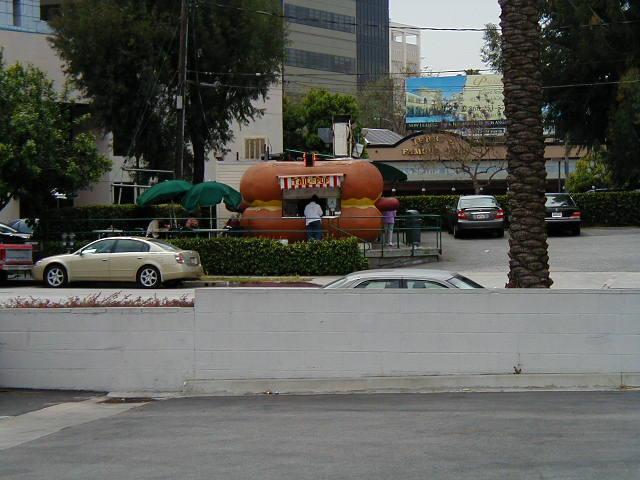 We’ll be pulling out of here on Sunday and hope to arrive in New Orleans early next week for Kassie’s wedding.  We’re looking forward to seeing some of you there (you KNOW who you are!) and thank you for all the great wedding gifts you’ve sent.  The kid’s condo is beginning to look like a Crate and Barrel warehouse!  Until next time, Hugs and Smooches! Chuck and Zook 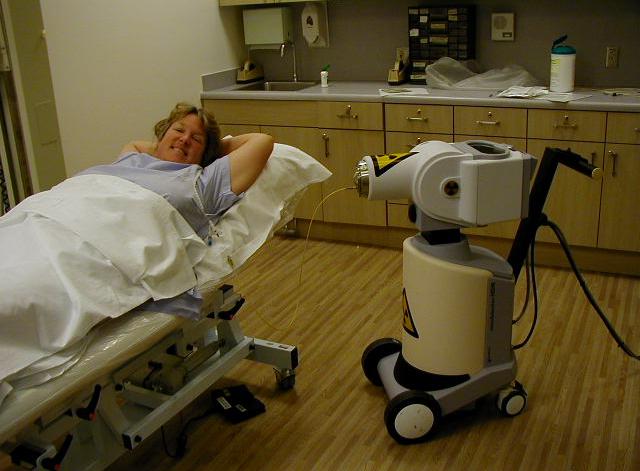