When last we left our intrepid travelers they were pillaging the small Mexican village of San Carlos, drinking way too many Margaritas and eating nearly everything in sight with their ne’er do well in’laws, The Zimmermans!!  Cameras and computers were both on the short list of things that had outlived their usefulness (much like The Zimmermans) and life without corned beef and cabbage for Saint Patrick’s Day seemed entirely without merit.  On March 1st we crossed that northern border and re-entered the gringo world.  WOW!!!  Once you become Mexicanized, the U.S. becomes a really fast-moving place!!!  Our encounter with the U.S. Border Patrol was pretty much a non-event with the possible exception of the drug sniffing dog who checked out our roving palace from top to bottom and end to end and turned up nothing more than my bride’s 20 pounds of powdered Margarita mix.  We have, however, experienced a lot more scrutiny coming into the U.S. from Canada than from Mexico.  It seems to suggest that there are actually a lot more Canadians than Mexicans trying to slip into the U.S.   These guys are already here!! Who else could they possibly be looking for????? 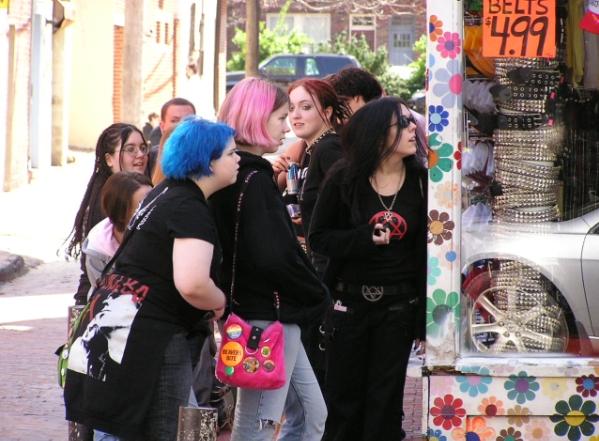 After a brief stop in Tempe at one of our favorite Elk’s Lodges we moved on to Palm Springs, California for 3 days of “free” camping with the only stipulation being that we had to sit through a 90 minute “no pressure sales presentation” about a campground membership group that you wouldn’t buy into if it owned land within the “Pearly Gates” (and most of these “offers” are made to sound exactly that good!).  We arrived here in Los Angeles, California, in time for our “elder” daughter’s bridal shower on March 13th (more on this later) and our annual round of doctor visits beginning March 15th.  Our “family Doc” is of Armenian descent and we had parked the “Bryan Roving Hilton” at the Glendale Elks Lodge in a section of town known as “Little Armenia”.  Coincidence?? . . . Perhaps.  She insisted that I get more exercise and suggested a daily 30-minute walk through our “hood.”  We were quickly pounced upon by one of the local Greek-Armenian super gangs who coerced us into buying 8 pieces of freshly baked baklava.  These were the most persistent 5-year olds I have ever seen!!  We couldn’t say NO!!!  We firmly believe that our doc gets a “piece” of the baklava action.  Anyway, after the usual yelling, cajoling and chiding I usually receive from whatever doctor I visit (I think they all despise olde fat people!!!) she set us up for visits with every Greek and Armenian specialist in the Greater Los Angeles area.  At this point I would like to interject a note of seriousness into what I usually write because I know how many people I send this to and how many other people receive my words as a forward.  I want all of you to be very conscious of your own health.  Kalyn has been diagnosed with breast cancer.  She just completed her 3rd surgery in the past week and is scheduled to begin radiation therapy on Monday.  The good news is that the cancer was contained, removed and, presumably, has not spread.  The radiation therapy is a new type called Mammosite RTS and treats only the affected area.  The bad news is that it is cancer.  A lot of us (in the U.S.) think that we are somehow beyond the reach of these things . . . we’re not.  I don’t want to leave an update of our travels on a low note so let me end with this: our daughter, Kassie, is getting married on May 13th in New Orleans at the Royal Sonesta Hotel on Bourbon Street.  We’d love to see a lot of you again and New Orleans would be a great spot to get together.  Let us know if you’ll be there.  As a post script (P.S.) I would like to suggest that all of you females in your forties and older get a mammogram because younger women are even more at risk for fatal cancers than we olde farts are.  A timely mammogram saved my bride’s life.  Smooches and gentle hugs, Chuck and Kalyn