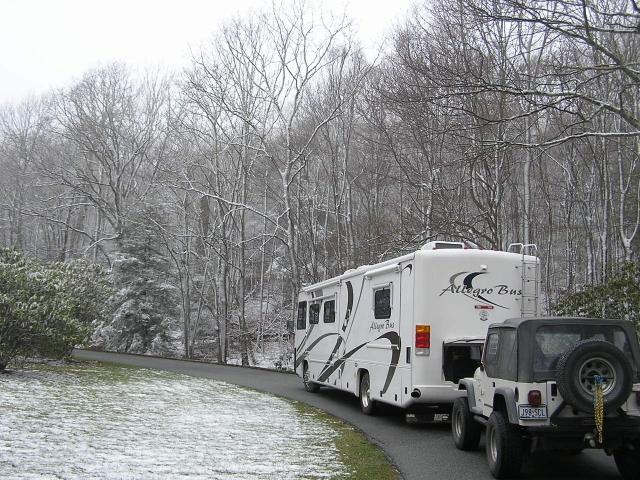 Our traveling companions had a 10-day tour of Washington, DC, scheduled and mushed on (appropriate description, all things considered) ahead of us while we were enjoying springtime in the mountains.   We did manage to arrive in Washington in time for the annual emergence of the cherry blossoms . . . 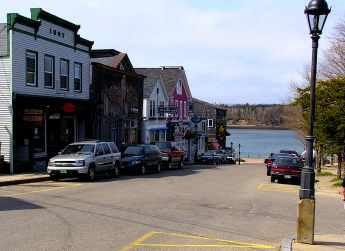 and in Philadelphia for the springtime infestation of the giant ants . . .

One of the more interesting things we have discovered in our last 4 years of treking about the land is the differences evident in speech from one geographic area to the next.  We never imagined that anyone could be as difficult to understand as the coon asses living in the Louisiana bayou country (they proudly refer to themselves as “coon asses” for reasons that we never have been able to understand), but up here in Maine they have created a dialect that is as cryptic as any code the government could invent to protect state secrets.  The letter “r” has been removed altogether from the alphabet and replaced with “ah” which is pronounced as something in the neighborhood of 3 or 4 syllables.   “Yes” has been magically transformed to “ahyup” (a 6 syllable word) and the lobstah is firmly established as the state bird.   Unlike Washington state, where the climate is predominately cold and damp and the prune stands as the supreme standard of beauty (“Hello Miss Johnson, you certainly are looking nicely wrinkled this afternoon.”), here in Maine you never know what kind of weather you will awaken to but there is an absolute certainty that you will experience several wonderful hours each day of gale force winds.   On those occasions when you are able to comfortably stand without being harnessed to a tree, Maine offers one of the most pristine coastlines we have ever experienced . . .

We participated in the usual tourist-oriented activities in Pennsylvania which include chasing down horse drawn carriages in the Amish country to take pictures of stern looking men and women dressed entirely in black, investigating all the historical crap (yawn) in Philadelphia and devouring our weight in cheese steaks and hoagies (ahyup!!)  The New York experience included not only the Statue of Liberty but also the joy of spending $52 in tolls on various roads and bridges just to get through New York City!  There went our budget for an entire week!   We didn’t really spend much time in Massachusetts, Connecticut or New Hampshire as our traveling companions were running low on time and had yet to see the Arctic Circle.  We did stop in New Hampshire long enough to sign a petition to change the state motto from “Live Free or Die” to “An Island of Sanity Adrift in a Sea of Lunacy.”  It seems that New Hampshire is the only state north of Pennsylvania to consistently vote Republican.  We managed a drive over to Bangor a couple of days ago and had a look at Stephen King’s house.  The house and surrounding fence are certainly befitting a writer of his bizarre nature . . .

The fence is prominently adorned with spider webs and gargoyles and the house has that haunted look about it.  You can almost believe that the thing is looking back at you.  This will probably be the last you hear from us for a spell as we are leaving the U.S. in a few days and heading into eastern Canada for a couple of months.  We’ll give you a complete report of what our northern neighbors are up to upon our return.  Until next time . . . hugs and smooches, Chuck and Kalyn 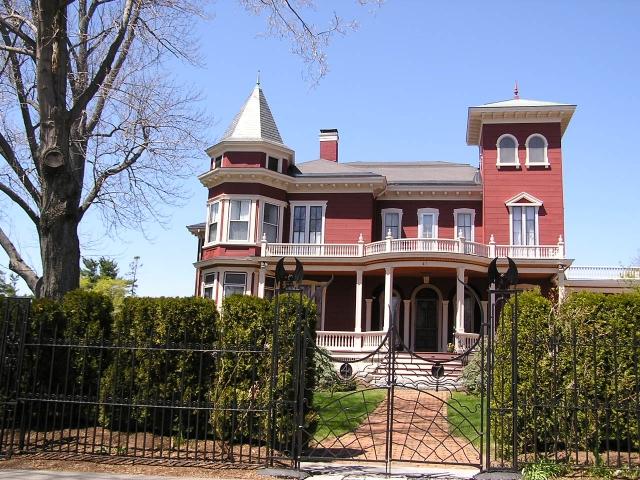 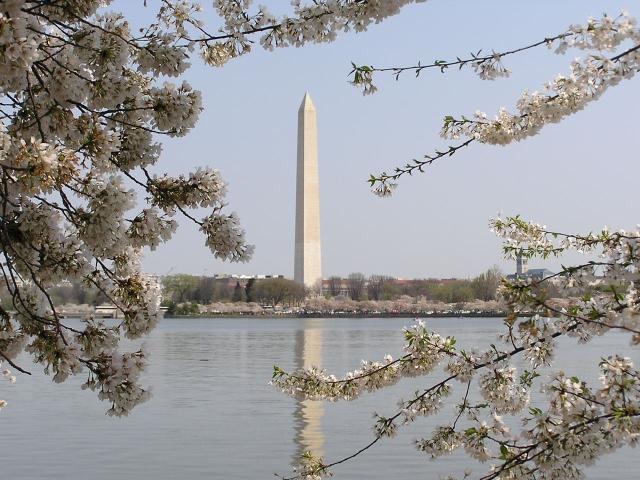 At this point you may be asking yourself, “What the Hell are those two idiots doing that far north at this time of year?”   And here’s the answer: we met up with a couple of friends in Red Bay, Alabama, who only had about 6 weeks to travel on the east coast and wanted to see as much as possible from Argentina to Newfoundland.  We tagged along and eventually found ourselves abandoned in this outdoor wind tunnel while they headed off to sunny California.   Whoever came up with “older and wiser” certainly didn’t have us in mind!   We left Alabama and decided to take a leisurely drive up the Blue Ridge Parkway through North Carolina and Virginia anticipating budding trees, blooming flowers and a myriad of small furry critters emerging from their winter homes to face the sunshine and warmth of a new spring . . . methinks we may have rushed the season a wee bit . . . 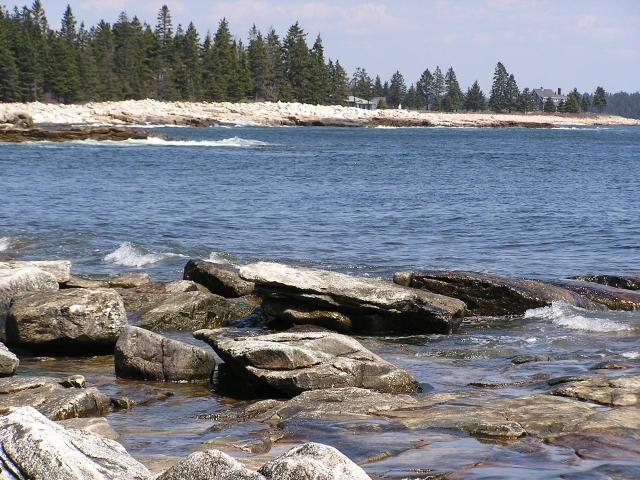 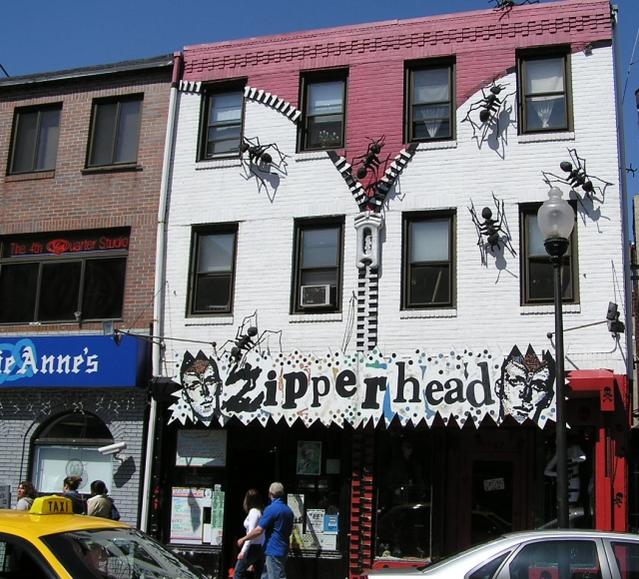