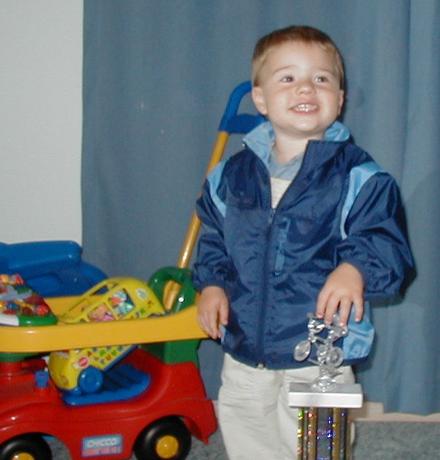 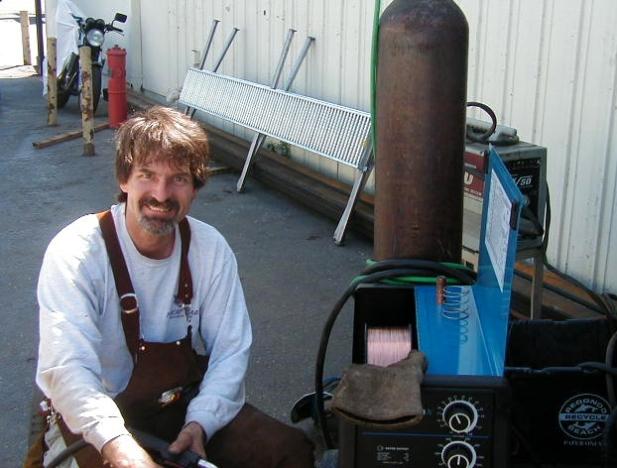 Here's Nicholas with his first racing trophy.  You may want to save this picture and have him autograph it after he becomes a rich and famous race car driver.  Until next time, hugs, Chuck & Zookie

Granted, it needs a little work and a 4-wheel drive vehicle to reach it but the idyllic location (only 80 miles from Palm Springs across open desert) make it a real bargain.  We stopped in Los Angeles for a couple of weeks to visit our middle kid, Kasper, and a few other folks we haven’t seen in some time. Kasper is somewhat of a fitness nut and had me back on the workout equipment in no time at all . . .

I guess you’re supposed to swim though it.  After leaving L.A. (the indigenous peoples don’t even bother with the periods after each of the capital letters anymore…..just LA) we dropped by Kalyn’s old school, UCSB (that’s University of California at Santa Barbara for those of you on the East Coast and/or in foreign lands or Grass Valley).  It’s one of the best schools in the country to pick up a progressive liberal education . . . but then, who the hell really wants something like that!!???  We then headed down to the SB pier (you know the routine) for some lunch and a mai tai . . .

Being the avid non-smokers we are, this is our favorite part about California: every bar, restaurant and public building is smoke-free!  I knew there had to be at least one redeeming quality to this place!  We are now in Fremont after a couple of days in Gilroy (the Earthquake and Garlic Capital of the World).  Our plans include seeing more old friends and family and, most importantly, our grandson . . .

Eureka!!  We found it!!  California, that is.  After merely 2½ years on the road we are now back to our point of origin: the only state in the union where the endangered Peruvian Belching Ground Squirrel can halt the construction of an airport and 40 years of progress is defined as moving from a governor named Moonbeam Brown to one named Gray-out Davis.  We immediately began searching for our own little piece of heaven and found this desert fixer-upper for just under $1,000,000 (that’s a million for those of you who aren’t familiar with California property prices!) . . . 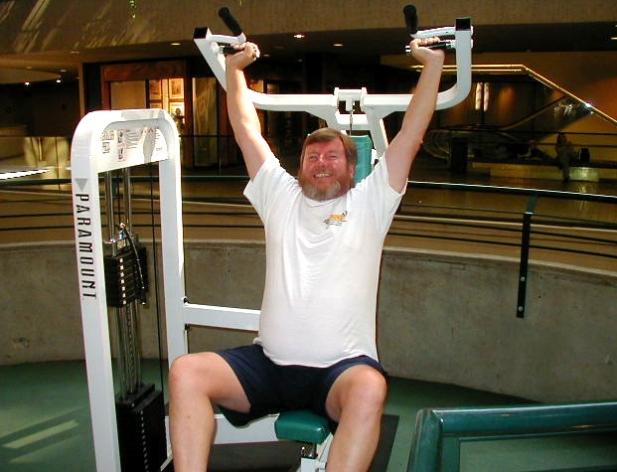 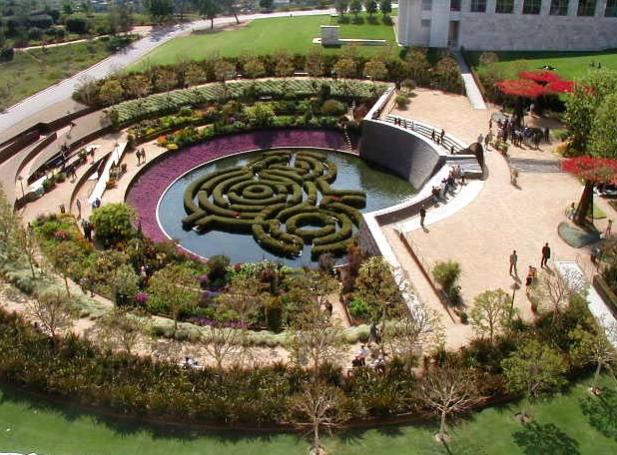 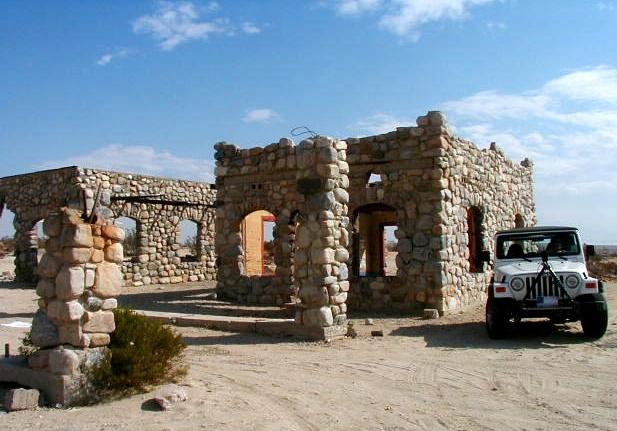 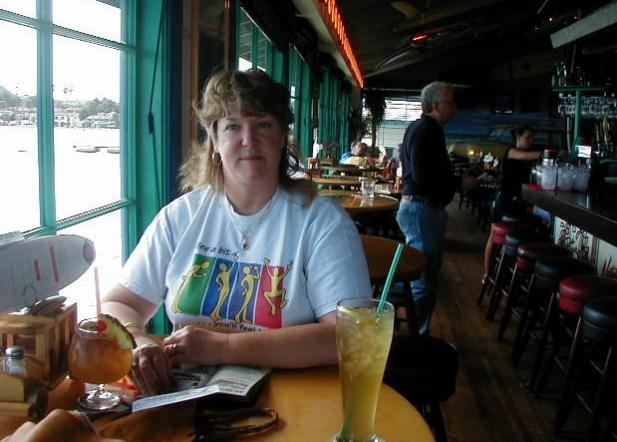 Before leaving Los Angeles (affectionately called L.A. by the locals who call themselves Angelinos but are often called the Anglo Scourge by their neighbors in the "barrio") we stopped by for a visit to the John Paul Getty Museum for our annual dose of culture.  The place is well worth the visit if you are into olde paintings and even older sculptures, most of which are cracked or broken.  You would think that with the money that Getty left to the museum they could afford some newer stuff.  They also have some really pretty landscaping and this interesting azalea maze . . .

Here I am pressing 700 pounds . . . approximately.  During one of our frequent runs up and down the San Diego freeway (yep, they name ‘em out here) we found a place to have our Jeep raised a few inches and installed larger wheels and tires (just in case we actually buy the previously mentioned desert hideaway).  The Jeep modifications required a change of tow bars on the motorhome and we ended up at Tomcat Fabrications for a couple of days having one welded on.  I have to admit that I felt just a bit apprehensive about having a Charlie Manson look-a-like running loose under our fuel and propane tanks with an open flame . . . 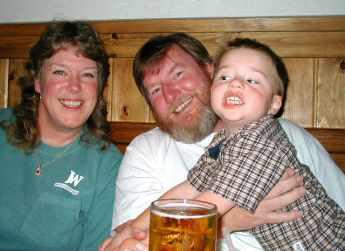