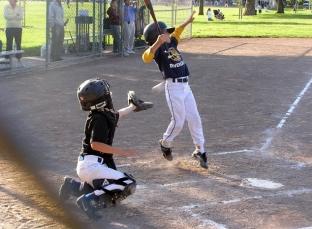 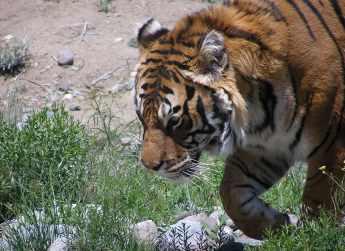 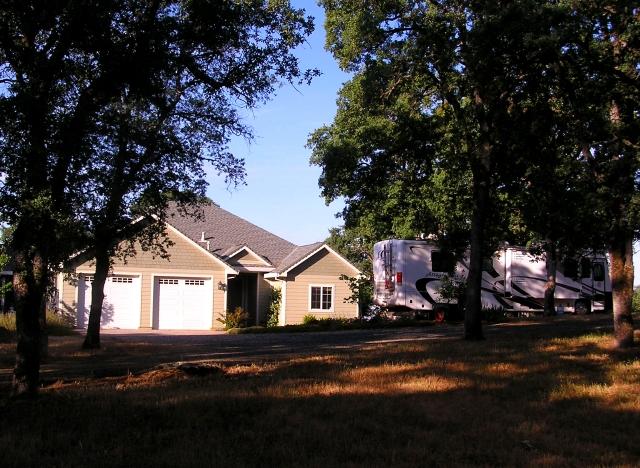 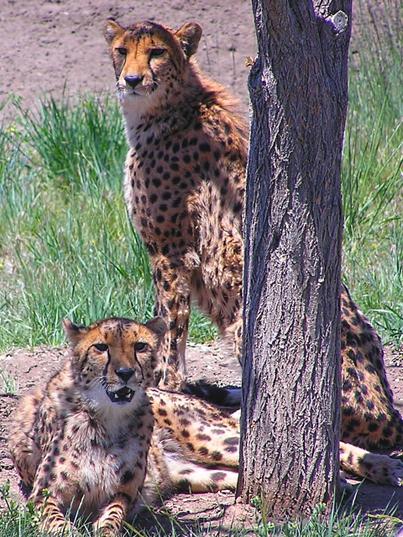 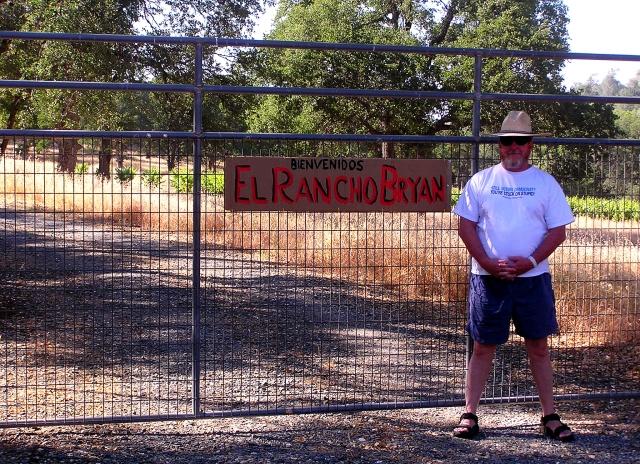 It seems that when I last had new tires installed on the Jeep our “young expert tire technician” neglected to replace the valve stems and fortunately the one on the left front tire chose this particular moment in time to fail.   After replacing it, our “older tire dude” determined that it had failed because it had been in the wheel for a few years and had dried out and cracked.   He proceeded to check the other 3 and found that all were in miserable shape and leaking air.   Driving on the highway offers a lot of forgiveness if one of these things should suddenly fail and you find yourself “stranded” with a flat tire and no way of re-inflating it.   But driving off road can lead to a very unforgiving situation if you are running through rocks and brush and happen to knock one, or more, of these brittle valves off a wheel.   Although we have 2 compressors and 20’ of air hose on the Jeep, we would still find ourselves stranded if we experienced multiple valve stem failures concurrently.   From now on I am looking for the older and wiser guy to deal with all our tire and wheel needs!   We have travelled quite a few miles since our last missive so please be patient as I struggle to recount as much as my aging brain will permit me to remember.   After leaving LA, we stopped by Monterey for a few days over Mother’s Day and re-acquired our friend Queen Bee.  Since we last saw her SHE has acquired a new friend . . .

In addition to pizza, miniature golf and hours of Wii in our urban assault vehicle, we also stopped by the Animal Ark north of Reno where they keep a lot of the animals that once worked in movies and assorted other animal acts as well as exotic “pets” that are no longer wanted by their owners.   With tigers, bears, ocelots, fox, wolves, raptors and even a few cheetahs to choose from . . . 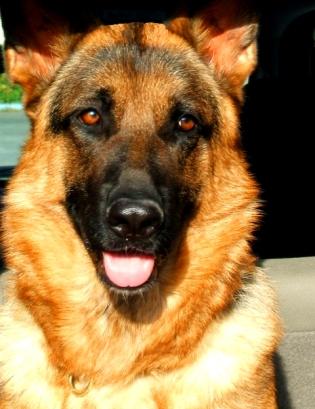 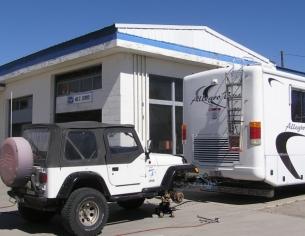 I can’t begin to tell you how many pictures of lizards we now have on our computer and they are multiplying rapidly!   I think we’ll call it quits at this juncture so any of you who are still awake can get some rest before you lose what sanity you may still possess.   Next stop, the Rocky Mountains!!!   See you next time.   Hugs, Chuck and Kalyn 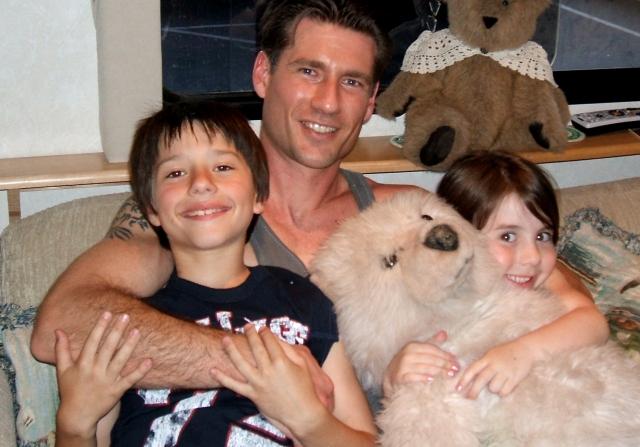 I have no idea what I’m going to do with this place.   I have my suspicions that Sandy was actually behind this bet as she was already packed and headed for the gate before the paint had a chance to dry on the new sign.   We then bid a fond farewell to California and headed to Reno, Nevada, for a visit with our goddaughter, Alex . . .

Johann is his name and he is a German shepherd service dog who can go anywhere she can…stores, restaurants, etc.  His “basic training” included skills required for police work and he recently surprised QB with just how well he retained this information.   While she and Johann were entering a Starbucks one day, two police officers were coming out.   One of them, a cup of coffee in one hand, held the door open for her with his other.   In this position he was pretty vulnerable and Johann quickly reached up, ripped the leather retainer from his holster, removed his gun and dropped it at QB’s feet.   Needless to say, both she and the disarmed officer were dumbstruck.   The second officer, after hearing his partner’s gun hit the floor and seeing him up against the door with both his arms spread wide, set down his coffee and reached for his own gun.   Johann, meanwhile, was expecting some kind of reward, or at least a kind word, for disarming a “perp.”  The first officer realized the training the dog had received and defused what was turning into a rather uncomfortable situation for QB.  The gun was retrieved, apologies were extended and the officers went on their way, albeit a bit embarrassed at being disarmed by a canine.   Our next stop was in Fremont, CA and a visit with our son, Junior, and his two kidlets, Nicholas and Isabella . . .

In true farmer fashion, the in-laws retire early in the evening in order to greet the sunrise the next morning.   Our only entertainment, besides drinking substandard wine, is playing hours of 4-handed pinochle.   Jerry “bet the farm” on one particularly unlucky hand . . . 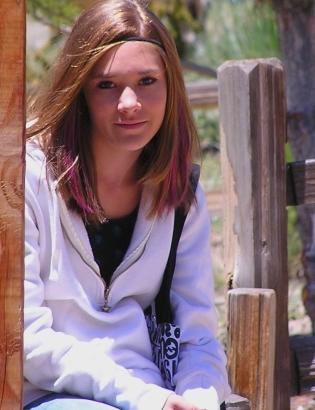 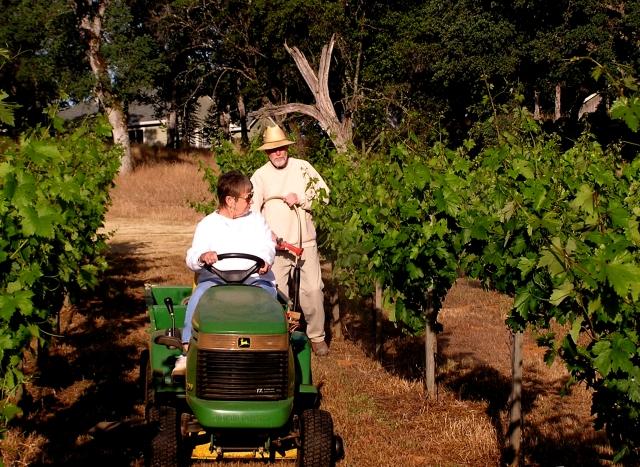 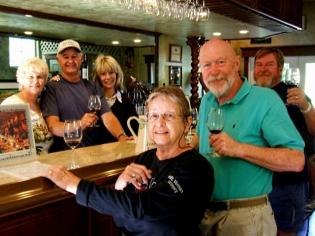 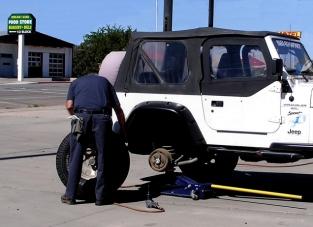 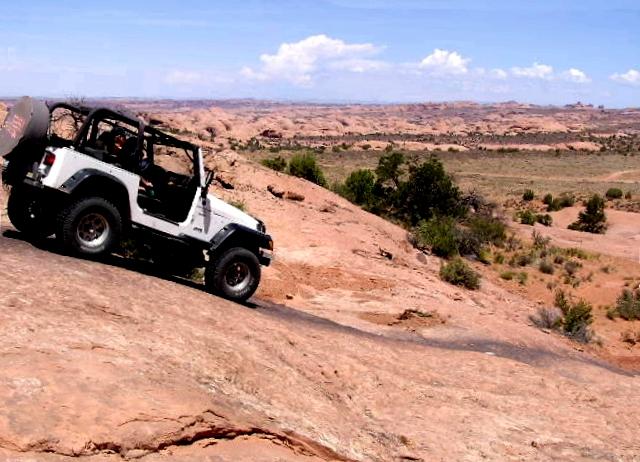 My erstwhile nature photographer instead aims her numerous cameras in the direction of what she considers a more photogenic subject . . . 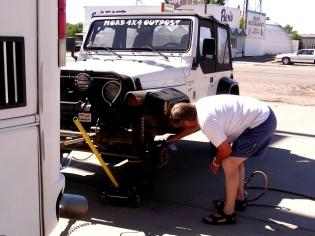 I will admit that I did see him get a couple of hits but I also witnessed a few “near hits” as well as several “near misses” as the ball almost hit him.   My travelling companion and “Comfort Queen” discovered another useful function for grandchildren . . . 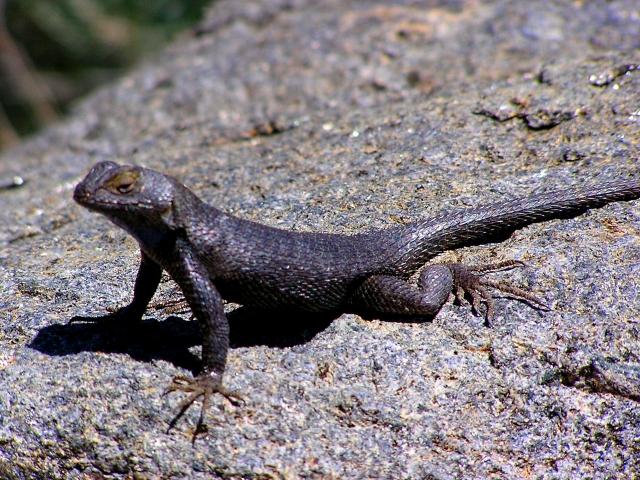 Nicholas spent hours telling us what a great baseball player he is and how he “always” hits the
ball . . . 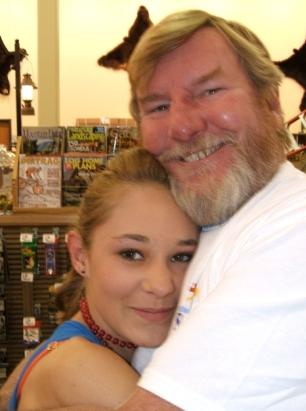 In years gone by, our arrival in Green River, Utah had simply meant that we would be in Moab in another 50 miles and would soon be off road and running the slickrock and trails that this area is known for . . . 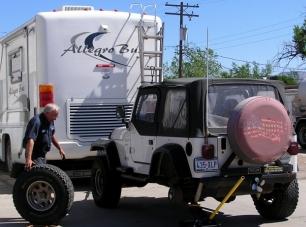 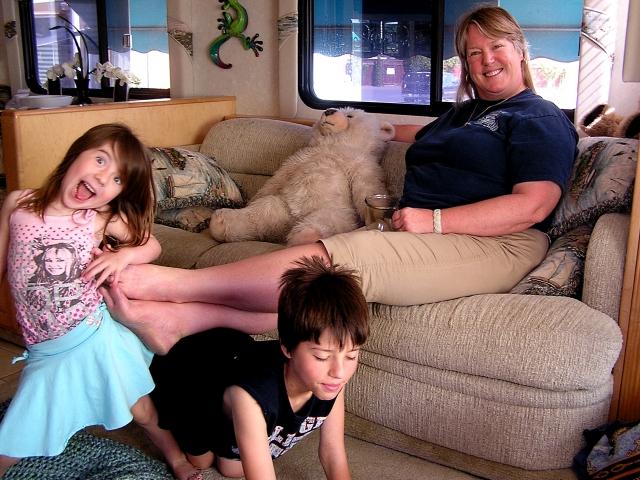 I have now come to appreciate this remote hamlet along Highway 50/70 as THE place to check those tires before heading off road . . .

Although Nicholas proved to be very easy to pose and photograph, our 5-year old granddaughter, Bella, insisted on her own terms for any pictures.   While in Fremont we caught up with our old buddy, Phil, and his new lady-love, Sandy.   I now have overwhelming proof that my brother-in-law is a clone!!   The picture on the left is Phil and the one on the right is my brother-in-law, Jerry . . . 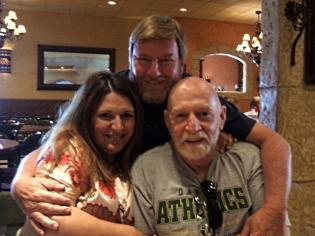 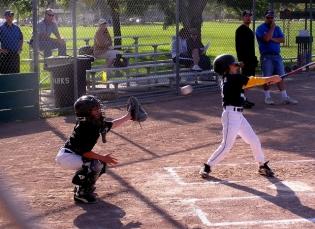 My brother-in-law still refuses to ante up for his share of the surgery, half of the $20 co-pay.   Jerry is really involved with being a gentleman farmer and he has managed to convince Sandy to help out in the vineyard.   I don’t know exactly how she feels about all this agriculture happening around her but she does know that vineyard maintenance is the only thing standing in the way of extended ocean voyages to exotic climes.   She manages to “accidentally” run over several of the vines on each trip through the vineyard and has been on the Internet booking passage for several back to back cruises and European hotels for early next year . . . 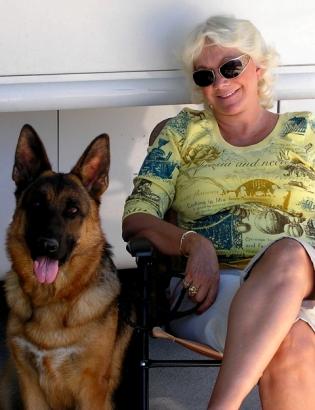 When you consider the fact that both men have women named Sandy, both are earthy (Phil raises horses and Jerry raises grapes) and both either do or have lived in the Sacramento area, it doesn’t take rocket science to understand that identical follicle regression is simply the icing on the cake and conclusive evidence that both were hatched in the same lab.   Speaking of the in-laws, our next stopover was at the Zimmerman fly farm in Grass Valley, CA and a visit to the house that cost me a rotator cuff during its construction . . .