We decided to stick around until June 28th and then head out for parts unknown.   Last week we took a couple of days to explore the Texas Hill Country around Austin (Texas capital).  The area is really beautiful and Austin is a magnificent, exceptionally clean city (unlike Sacramento).  We stopped at Lake Travis and Lake Austin for a spell and then had lunch at a huge restaurant overlooking Lake Travis called the Oasis.  The place holds 1300 people on the outdoor tiered decks overlooking the lake . . .

Howdy folks!  Here we are enjoying the wild life in San Antonio . . . still!

Here we are at an overlook with Austin in the background . . . notice all the trees??!!!   We’ll keep in touch and, hopefully, so will you.  Hugs all around!  Chuck and Kalyn 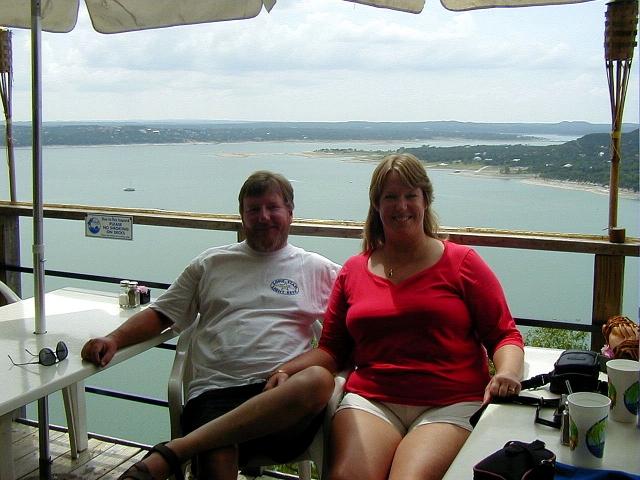 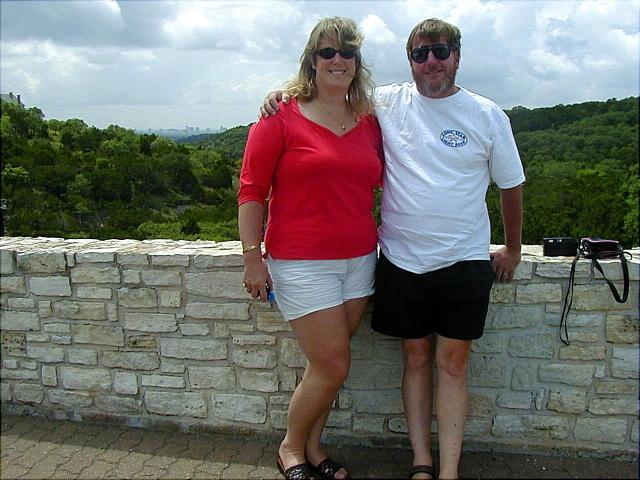 We attended a “AA” baseball game between the Round Rock Express and the Arkansas Travelers (Round Rock lost 7 to 1) and then left for Fredricksberg the next day.  Fredricksberg is an old German town with a bunch of German restaurants and biergartens as well as museums and interesting shops.  It turns out that Admiral Chester Nimitz was born here and they have an entire museum dedicated to his fetes during WW2.  After spending the night we took a leisurely drive “home” through the back roads and small towns.  We’re still enjoying the retired life and have no plans to change anything in the near or distant future. 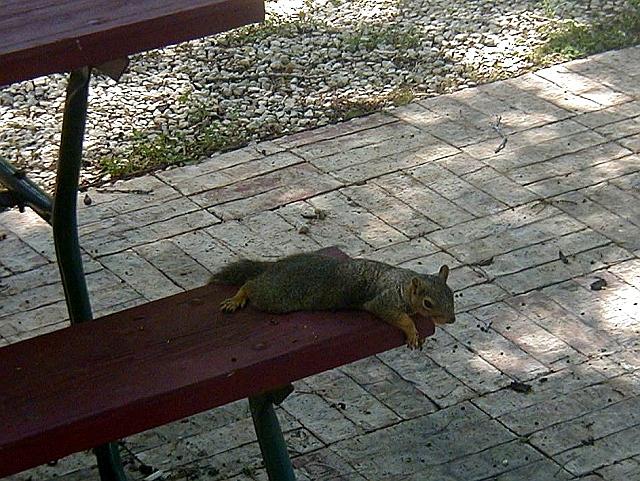