This picture of the front of the obelisk was exceptionally difficult to get as it can only be seen from the ocean side of a 200’ drop-off into the sea below.  My newlywed bride was able to capture this shot while balanced on the backs of 2 hovering pelicans which she promised their fill of fish in exchange for this service.  Natural beauty can also be found in abundance along the California
coast . . . 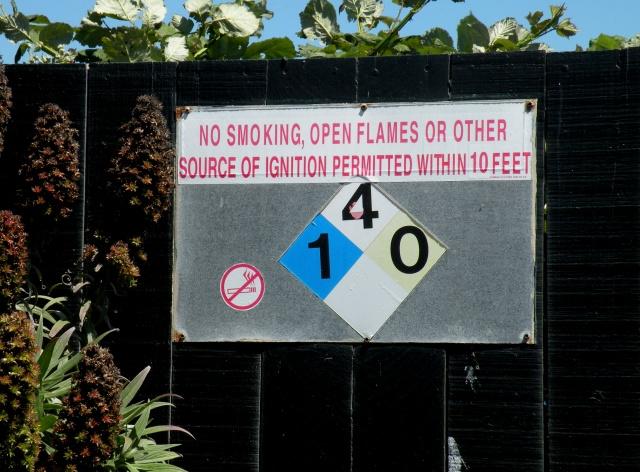 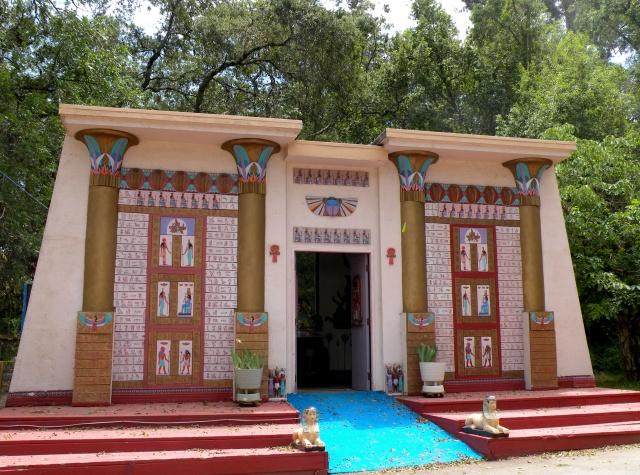 It was here that we experienced our “age of enlightenment” and exposure to the world of cat worship in the mid 1980’s.  It was a very short “age” which lasted just under 2 days and, in addition to discovering that I am deathly allergic to cats, it was also the primary impetus behind our conversion to Druidism . . .

It was mere coincidence that this particular grove had sprouted in the parking area of a winery.  During our jaunt from tasting room to tasting room, we happened upon the Isis Oasis in Geyserville . . .

Lest you think that our journey to this particular part of the world was just another lame excuse to drink wine, I must also point out that we did spend some time admiring the majestic northern California redwoods . . .

This SUV is a prototype and, we were told, is the only one in the world.  The camera crew and engineers retreated rather hastily when they noticed my budding Motor Trend action photographer stalking their new vehicle.  The body does crave sustenance on occasion and the only place I have ever found along the northern California coast to get Texas BBQ is Bones Roadhouse in Gualala . . .

Except, of course, to be wrapped in a fluffy robe, overlooking the sea, and a little more wine . . . 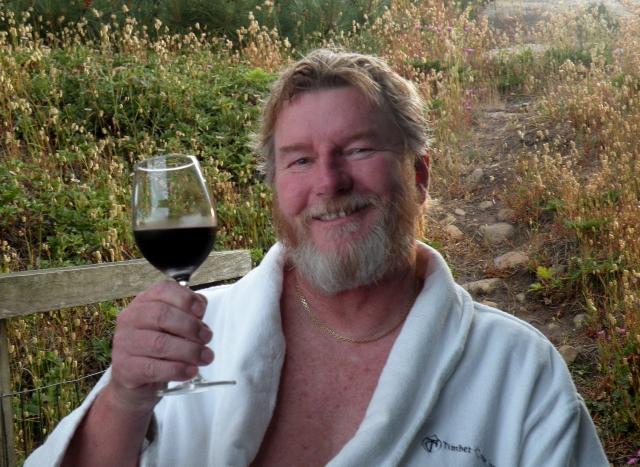 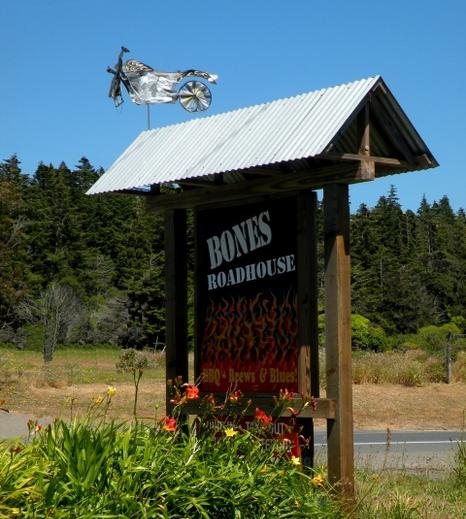 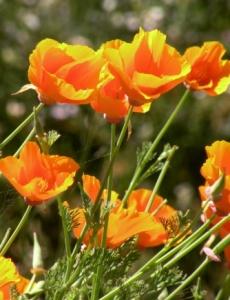 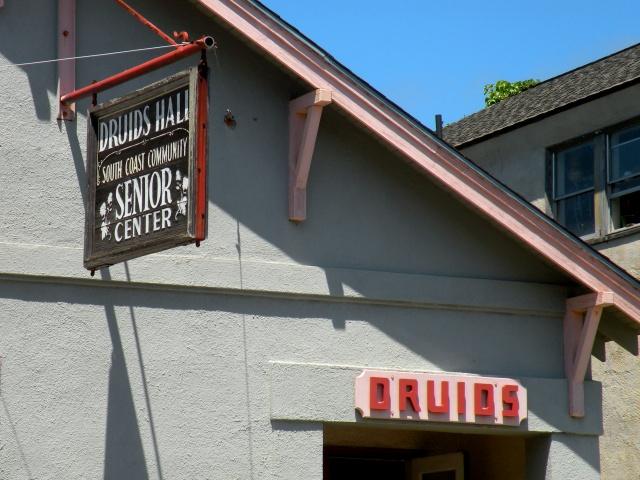 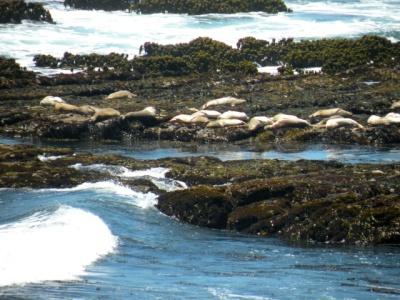 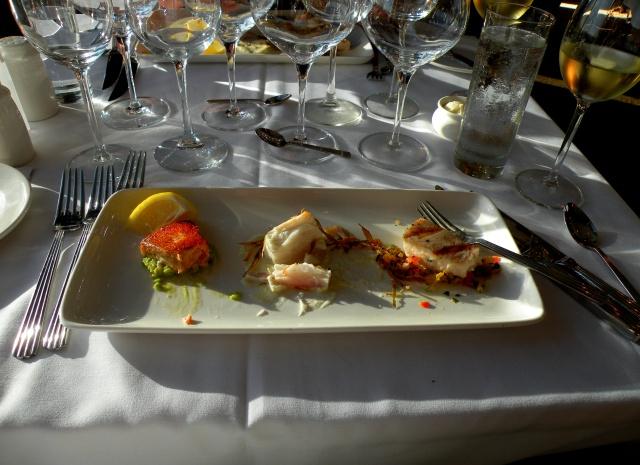 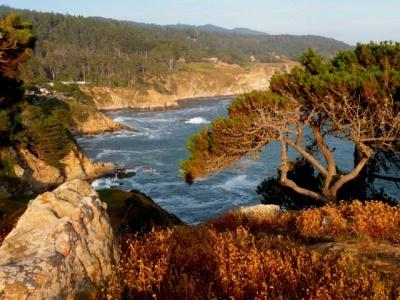 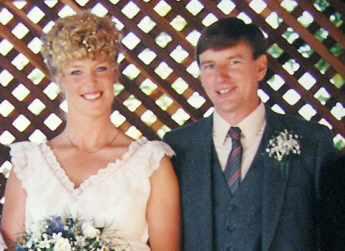 They had somehow discovered the volatility of the stuff Jerry intended to store and appeared unexpectedly to test some of the wine he was rolling into the cellar.  We suspect he was ratted out by the goat lady who now knows that he has been pilfering the award ribbons of her prize winning goat and displaying them on his wine.  A HazMat team is currently en-route to confiscate the entire 2006 vintage of Zim’s Zany Zin and perhaps the winemaker himself!  We’ll let you know how it turns out.  See you soon.  Hugs!  Chuck and Kalyn

That’s one view of our room.  Here’s another from our balcony . . .

Our westward sojourn continued through the Russian River Valley (translation: more wine) and into the Sonoma Coastal town of Jenner and our ultimate destination, the Timber Cove Inn . . .

During our stay with the in-laws in Grass Valley, we decided to take advantage of our near proximity to the Timber Cove Inn on the Sonoma coast and head back once again after spending our wedding night there 25 years ago.  (Flashback to August 18, 1984:  The newlywed Bryans left their lavish reception, attended by 2 governors, a former President and the heir apparent to the Throne of Norway, in a 1967 Chevy Camaro, optionally equipped with a chrome air cleaner, and headed north toward the small California coastal town of Jenner and the Timber Cove Inn.  Throughout our courtship and engagement I would often tell my then fiancée, “I love you more!” to which she would reply, “No. I love you morst.”  This has been OUR schtick from that day to this.  We soon discovered that we had departed so hastily that we neglected to bring any cassette tapes to play while en-route.  My new bride began scavenging through the glove compartment and came up with Elvis Presley’s “Blue Hawaii,”  a favorite of her mother’s.  As we listened to the tape, one song seemed to reach out to us and capture the moment.  That song was “Ku U I Po”, which means “sweetheart” in Hawaiian.  The first verse is, “Ku U I Po, I love you more today, more today than yesterday, but I love you less today, less than I will tomorrow.”   We listened to it from San Francisco all the way to the Timber Cove Inn.   And THAT is as much of our wedding day as I am willing to share with you folks!)  And now, back to the present.  We have long since lost the “Blue Hawaii” cassette and now, like most people, we have a CD player in our Jeep.  While we were in LA, I manufactured an excuse to slip away from my bride one afternoon and scoured the CD stores throughout LA and El Segundo until I found a copy of “Blue Hawaii” and secreted it from my unsuspecting partner.   Prior to leaving for this second honeymoon, I put the CD in the player, set it to the “Ku U I Po” track, turned off the CD player and waited for “the moment.”   As we were heading to the coast, my somewhat newlywed bride looked over at me and said, “I love you more.”  I hit the “On” button and Elvis began singing “Ku U I Po, I love you more today, more today than yesterday, but I love you less today, less than I will tomorrow.”  Her look was priceless!   We are actually rushing our 25 anniversary by 2 months but figured, on this northern trek, we are as close as we will be to that room where my bride first saw me in the buff and I first saw that look of disappointment cross her face.  Thank goodness I can cook!   Leaving our UAV under Zimmerman command, we headed out in the Jeep for a couple of nights in Healdsburg and the surrounding wine country of the Alexander Valley . . . 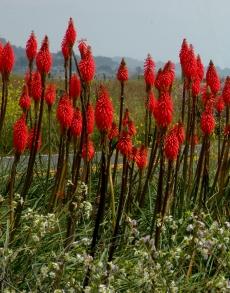 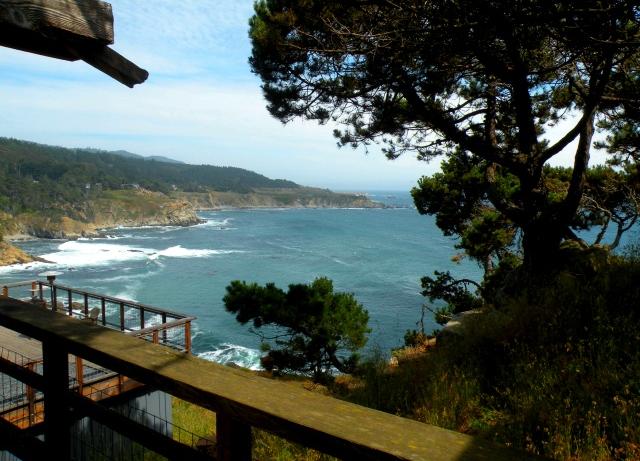 Our visit to Timber Cove happened to coincide with BMW conducting road tests of their new Active Hybrid SUV . . . 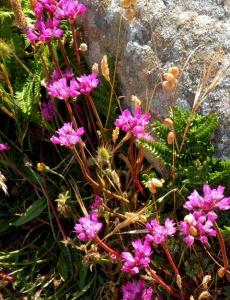 This was as far as I was able to manage with the salmon/halibut/swordfish appetizer before handing it off to my feline-like travelling companion.  I was actually longing for that time, not so long ago, when I was munching hamburgers at my brother-in-law’s Vintner’s Dinner and washing them down with beer smuggled in by one of the neighbors.  Our return to the Zimmerman Fly Farm included another stop in Healdsburg and a few more sips of vino before arriving to find the brother-in-law had been paid a visit by the EPA and their calling card was firmly affixed to the fence surrounding his wine cellar . . .

Although Fred Peterson makes some pretty decent wine, I was rather dismayed at the number of fish courses which were served during the wine/food pairings as I have a rather rigid rule regarding fish, veggies and blue food: Just say NO!!

The place is owned by an old biker and the interior is absolutely jammed with Harley junk and pictures while the west facing windows look out over the sea.  The menu is loaded with items such as tri-tip, brisket, ribs, chicken and fish which are deliciously seasoned and grilled, smoked or barbecued to perfection.  This is also your last stop for “real” food before descending into the weirdness to the north which is Mendocino County.  Here you will find practitioners of just about every Eastern religion imagined and it is the final destination for all the tarot readers, fortune tellers and mystics who were run out of less tolerant places like San Francisco.  Those Mendocinites who actually wear shoes, choose Birkenstocks, eat only organically grown foods and consider the epitome of decadence a “pizza” comprised of herbal chicken and goat cheese laced with a pesto sauce atop a leaf of lettuce which they wash down with a hearty cup of dandelion tea.  Roadside litter pickup in many places is performed by the Medical Marijuana Growers Union.  HUH??  I was unaware these folks had unionized but I sure get a chuckle from imagining what one of their union meetings must be like.  We spent our last evening in Timber Cove attending a Vintner’s Dinner hosted by the Peterson Winery in Healdsburg . . . 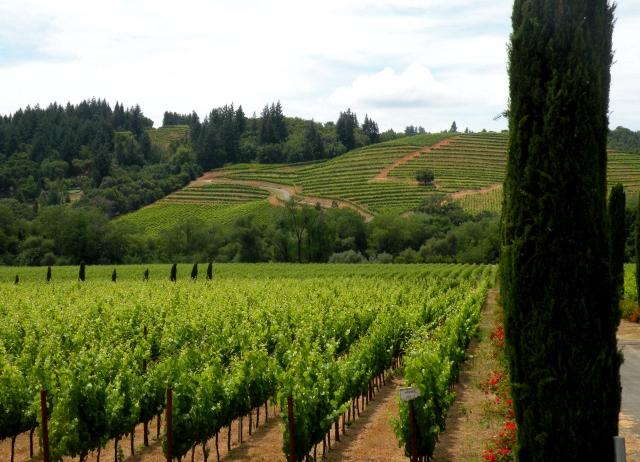 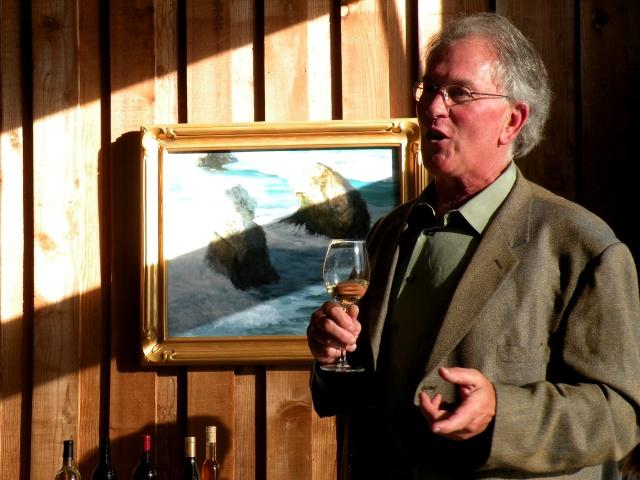 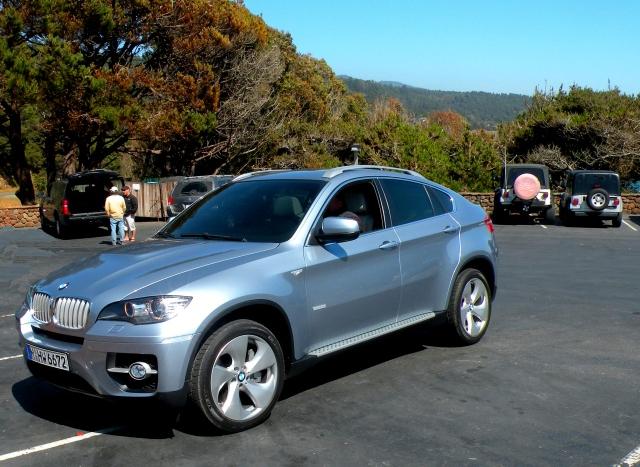 And there’s nothing quite like your own Jacuzzi after a long day of wine tasting . . . 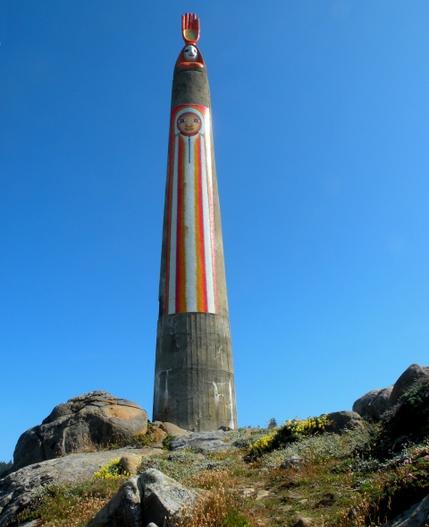 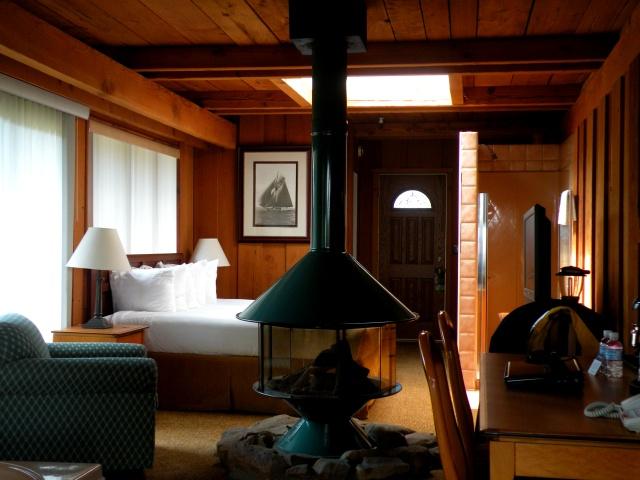 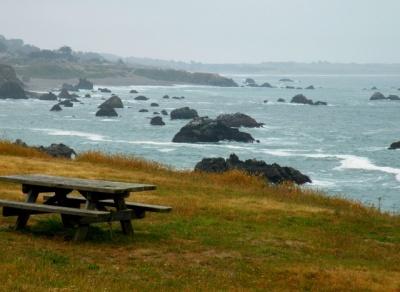 Hunny Mooners.  That be us!

One of the amazing features that sets the Timber Cove Inn apart as an “ultimate” destination, besides its idyllic location, is the 93 foot tall obelisk, “The Expanding Universe”, created by San Francisco artist, Benny Bufano . . . 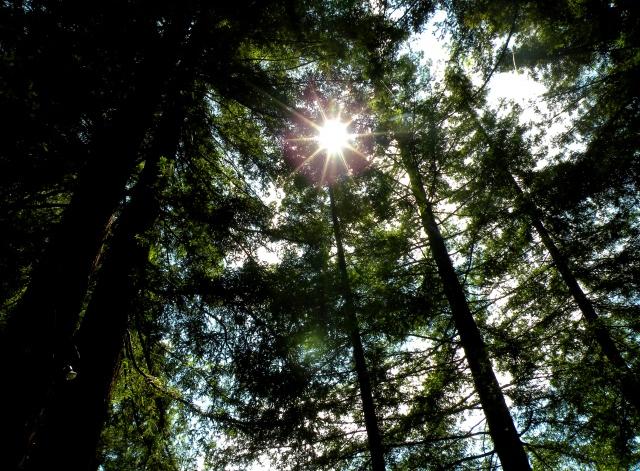 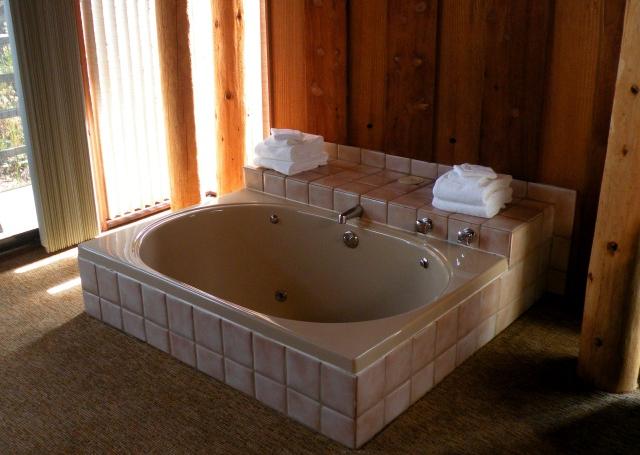