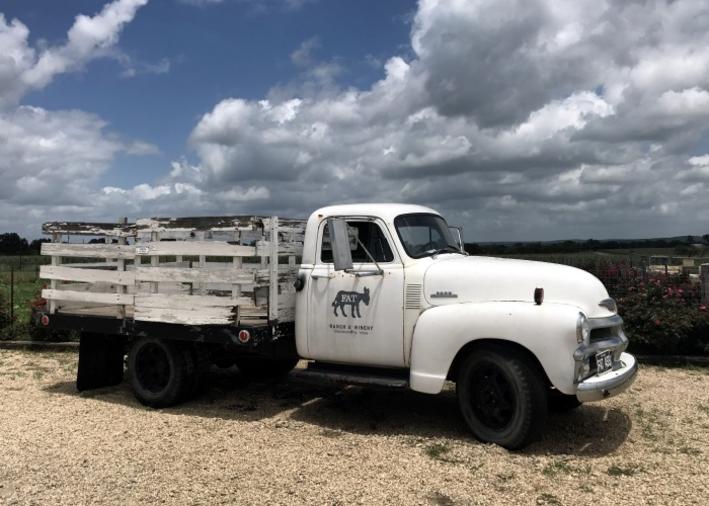 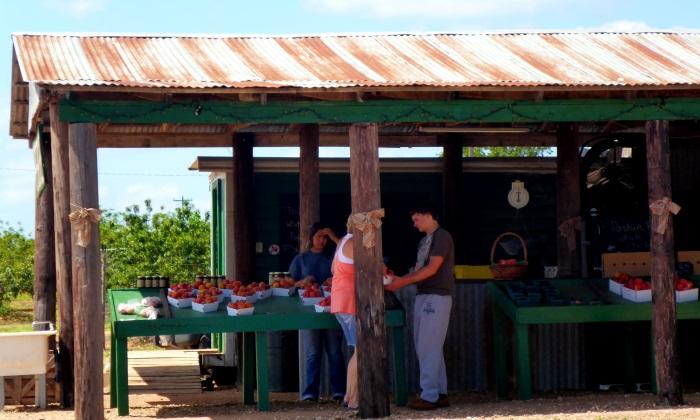 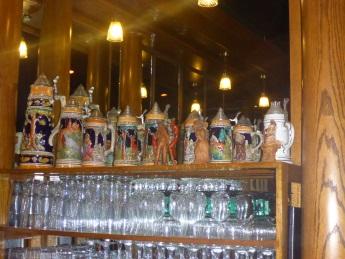 Texas Hill Country happens to also be Texas Wine Country and there are more than 30 wineries within a short driving distance of town.  Most of the varietals you find can be easily identified as precisely what the label says they are and a few others did not quite taste like what we think of as cabernet, merlot or viognier.  In all fairness though, my idea of viognier is more along the lines of the combination 90-proof moonshine variant/aircraft fuel produced at Happy Bottom Estates by my brother-in-law and labeled “Viognier.”  Now THAT was some damn good wine!

A lot of the fun we have in tasting wines is finding those with interesting eye-catching labels.  Here are two of our favorites.

In case you missed it, this is the “Fat Ass” Ranch and Winery.  Only in Texas! 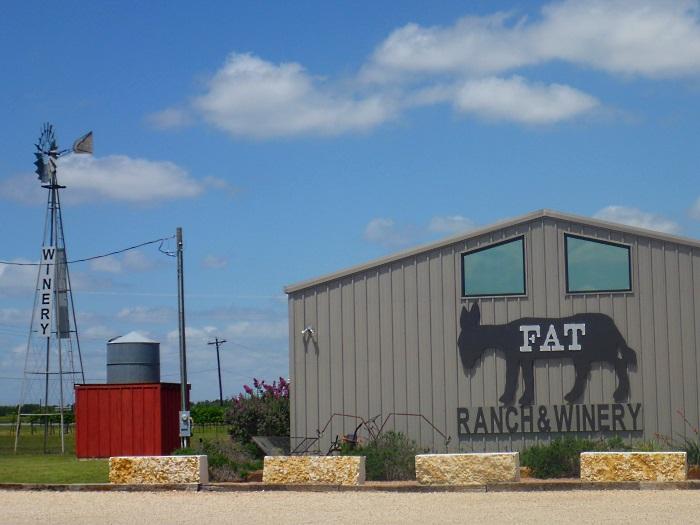 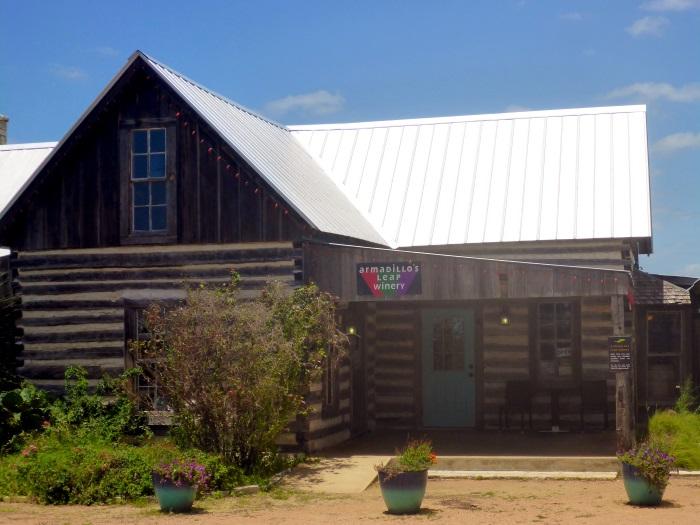 One Sunday afternoon, a few weeks back, The Bride and I were settin’ out on the front porch sippin’ a couple of glasses of ice cold cinnamon-apple tea while enjoying a pleasant Alabama thunderstorm.  For those of you uninitiated in such occurrences, these little disruptions in our normally hot and sunny, pleasant summer days consist of lightning and the resultant thunder which could lead one to deduce that 2 opposing armies had gathered on your lawn to exchange cannon fire while the deluge accompanying these pyrotechnic activities reduces clear vision to a distance no greater than from the tip of your nose to the tip of your toes during which the streets are transformed into channels of whitewater rushing at breakneck speeds toward its ultimate destination in the Gulf of Mexico by way of Graham Bayou and Wolf Bay.

As it ofttimes happens with us, the subject of food came up and this, quite naturally, led us to the recollection that June is the peak month for Texas peaches.  Now I am no peach expert but, in my never humble opinion, Texas has the sweetest, juiciest, peaches you will find anywhere.  And the best peaches to be found in Texas are in the heart of Hill country, Fredericksburg!

And so…at 6 am the following morning we packed a gym bag full of clothes and our family toothbrush along with another larger bag of pharmaceuticals, potions and Native American herbal remedies, both prescribed and concocted, and by 6:30 am we were headed to Texas.

It’s true: we often travel hundreds, and even thousands of miles, on nothing more than a whim.

By mid-day Wednesday we had arrived, hungry and thirsty, at our destination… 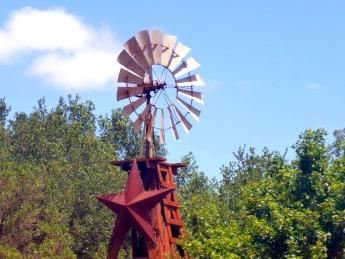 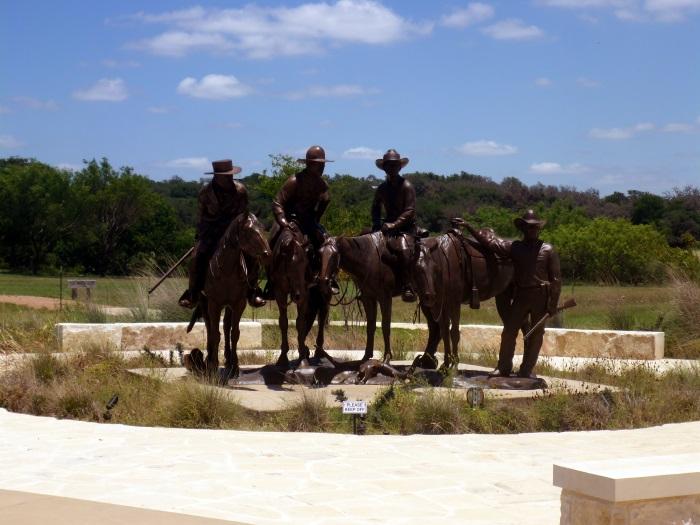 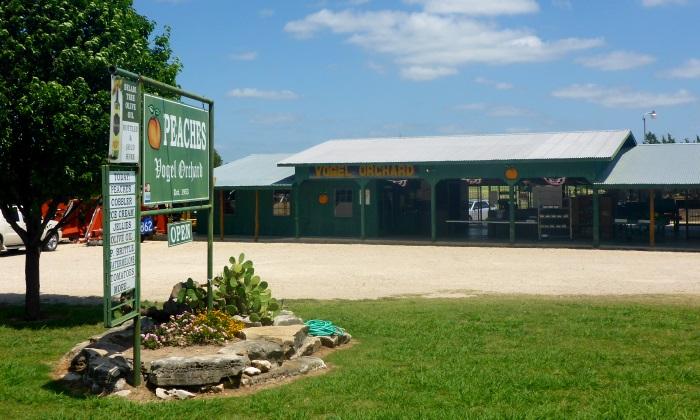 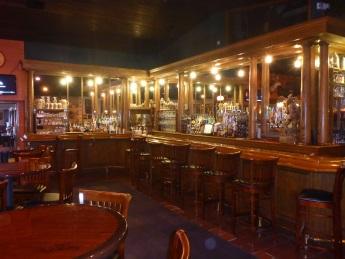 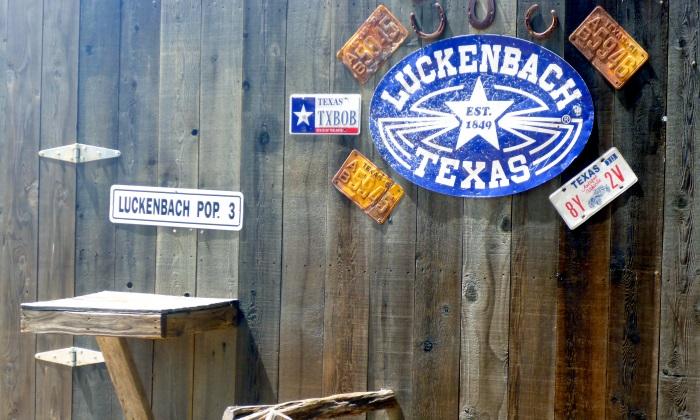 I believe the population number may be a wee bit over stated on that sign.  Of course, they could also be counting livestock and the occasional armadillo that wanders through town.

Once more the ramblings of a demented olde fart and his live-in caretaker have come to an end.  We don’t put out near the number of these things that we once did so I don’t want to hear any complaints from you guys about this semi-annual disruption to your lives.   Live long and prosper.  Hugs, CC and me 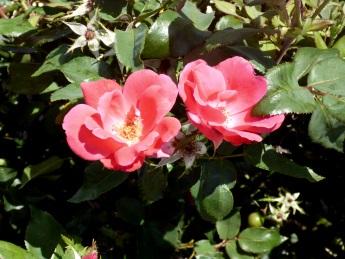 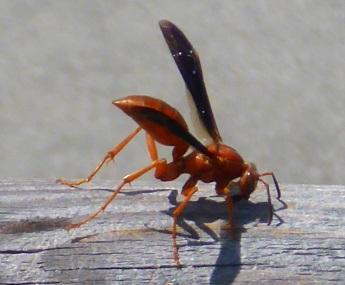 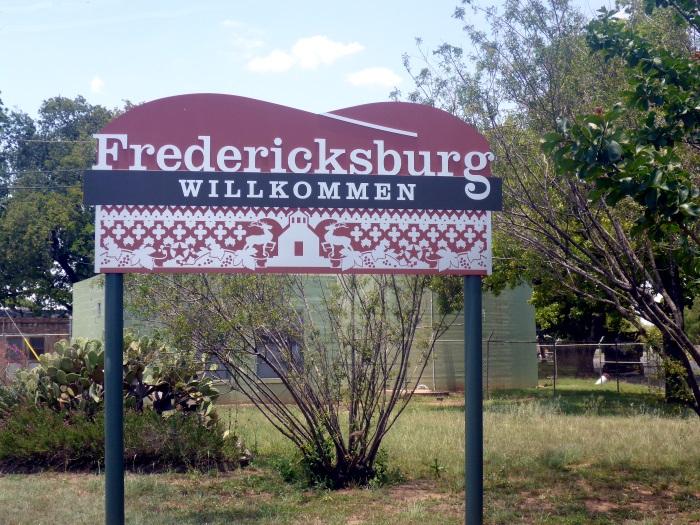 No trip to Fredericksburg, Texas would be complete without a detour to the thriving metropolis of Luckenbach, home to Waylon and Willie and The Boys, plus one… 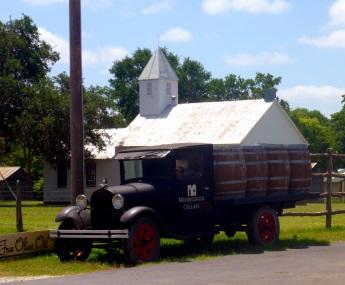 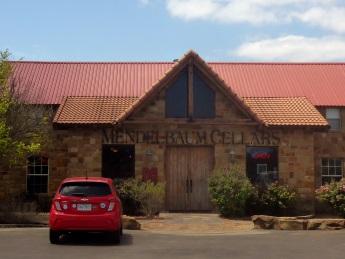 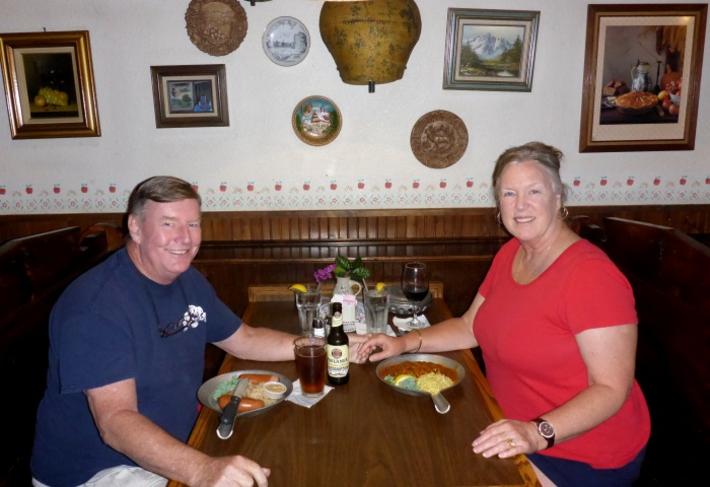 I had that olde German working man’s favorite of knockwurst and sauerkraut, along with a mug or two of German ale, while The Bride went gourmet with the schnitzel and spaetzel and a local cabernet.

But the primary function of this trek to central Texas was peaches so… let’s talk peaches!   A wide variety of both clingstone and freestone peaches are ripening throughout the summer months beginning in May and usually into late August and occasionally early September.  This array includes the early ripening clingstones Springgold and Regal of May, to the semi-freestones Juneprince and Gala of June and rounding out the crop are the freestones Harvester, Bounty, Dixiland, Elberta and Autumnprince which appear mid-June through late August.  You can find these delectable morsels at any of the local markets or one of the numerous highway fruit and produce stands where you can get them a mere hour or two after picking…

We bought several bottles of wine here only because the name, Armadillo’s Leap, reminded us of our neighbors, Gary and Millie, who own an Armadillo petting zoo in the rear yard of their home across the street from ours.  The winery also sells a very tasty sparkling Moscato which you don’t want to miss should you find yourself in Fredericksburg.

Okay, we got that damn cultural stuff out of the way.  NOW, let’s have some fun!!!! 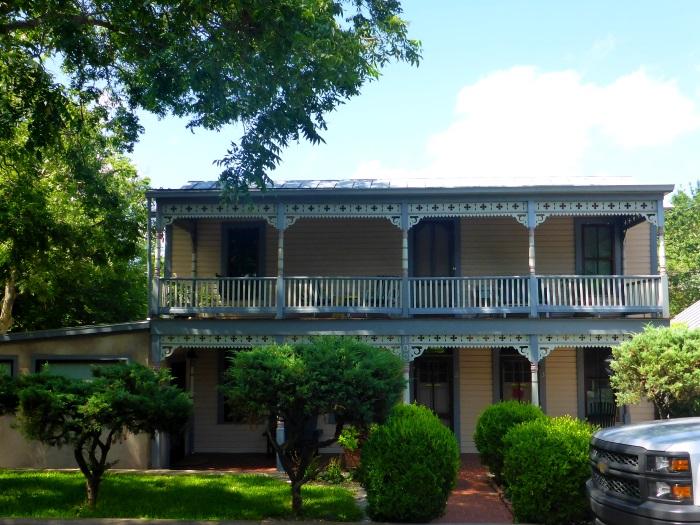 We would be spending the next 3 nights at the Cyclismo Inn (Yep, that’s how you spell it).  This “Inn” is owned by a man who thoroughly enjoys riding anything on 2 wheels and owns an impressive collection of bicycles, as well as 3 rice rockets (that’s what we Harley riders call those speedy little Japanese thingies).

We had the entire 2nd floor to ourselves which included a private entrance and our own balcony.

You may have noticed that, instead of “Howdy Podners” on the Fredericksburg Welcome sign it reads, “Willkommen.”  That is because the town was settled by German pioneers in 1846 and was named after Prince Frederick of Prussia.  This may account for the respectable population of Amish in the community as well as a plethora of German restaurants and biergartens serving every German delicacy imaginable, as well as mugs, bottles and steins of German beer.  And when heading out for food, fun and frauleins in Fredericksburg, Texas, we make a beeline directly to Friedhelms Bavarian restaurant… 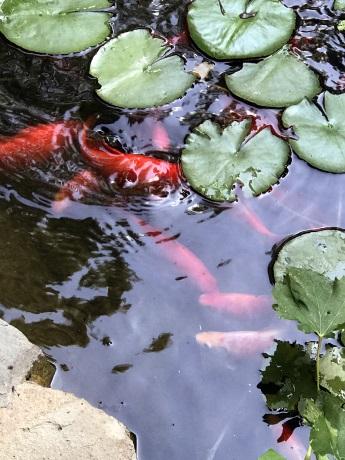 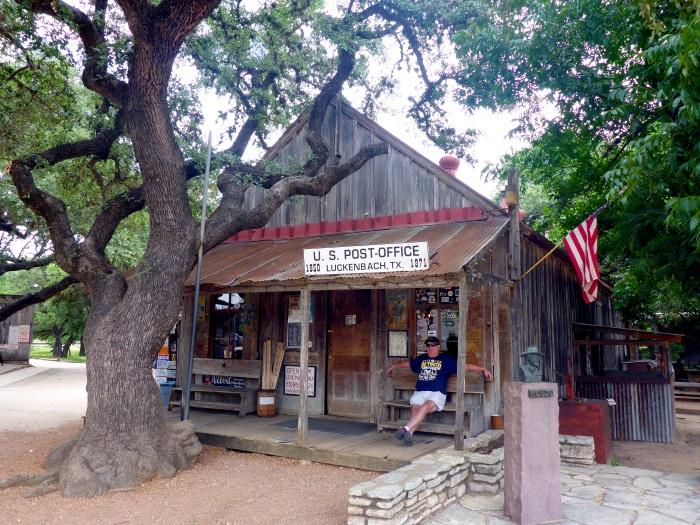 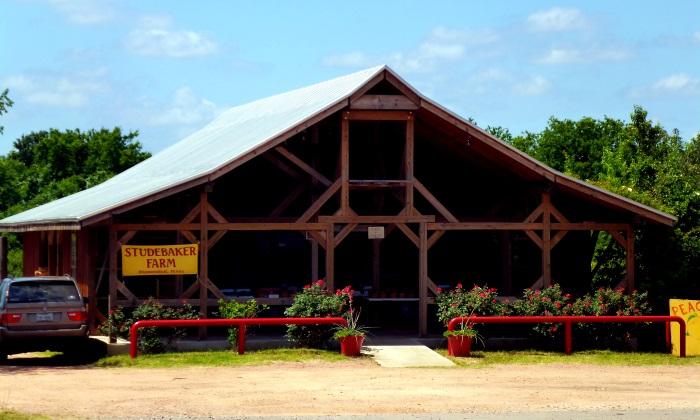 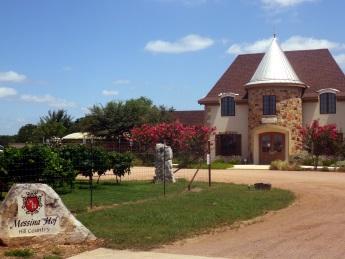 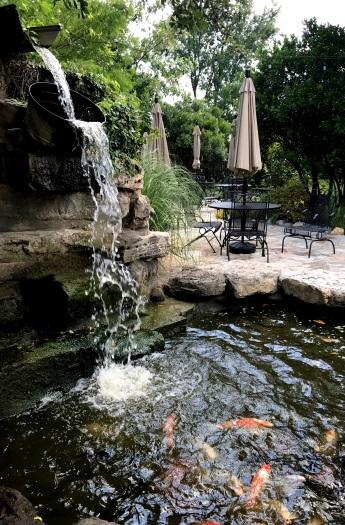 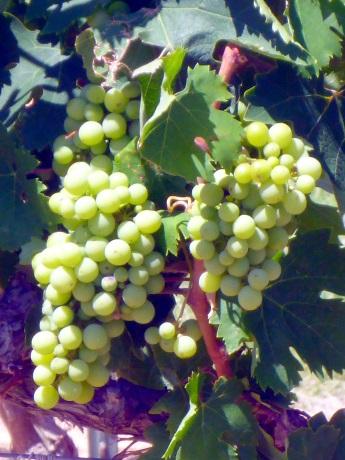 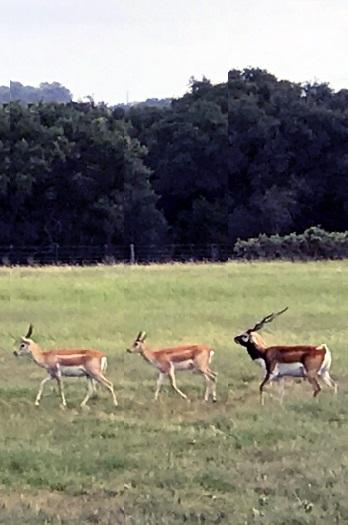 Once your appetite for peaches has been sated, you may want to indulge in a wee bit of the local culture in the way of art and craft galleries, Amish furniture shops or the Chester Nimitz World War Two museum.  If genuine Texas is more to your liking there is always the Texas Rangers Heritage Center at Fort Martin Scott… 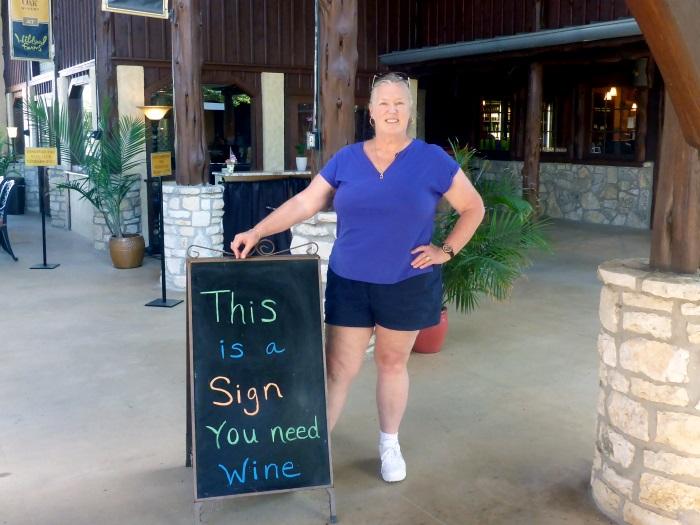 This brings us to the part of these Updates that everyone loves:  Zook’s Nook!  Here my Bride displays her photographic magic with all those wild and wonderful things she finds of interest.