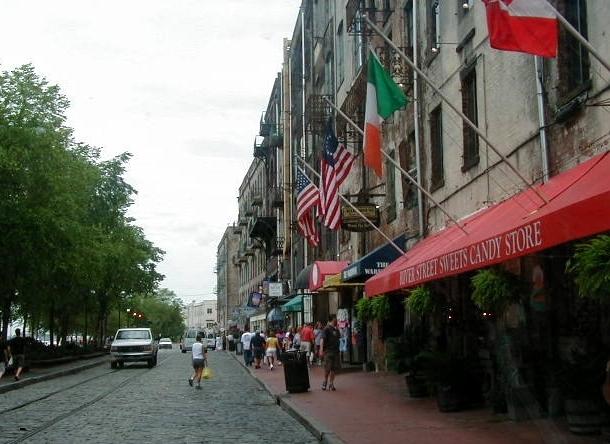 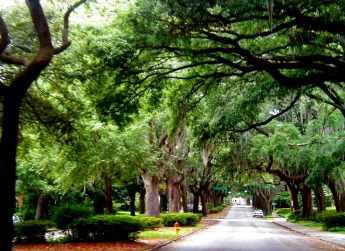 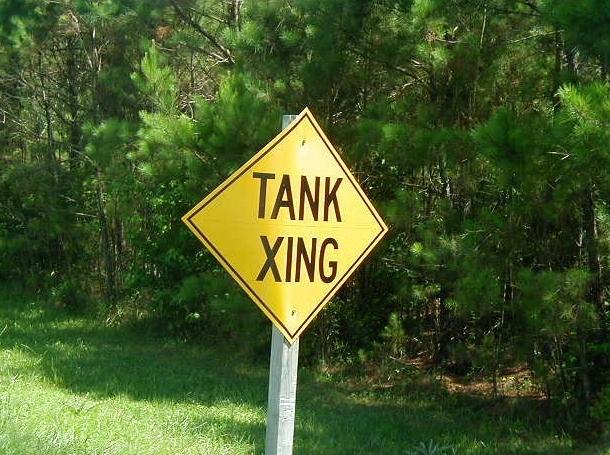 We stayed at the local Elks lodge in South Carolina and witnessed some drills and maneuvers by the South Carolina 10th Confederate Mobile Infantry . . . 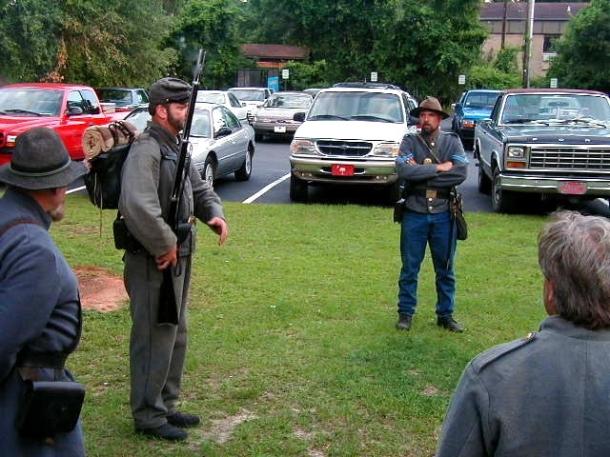 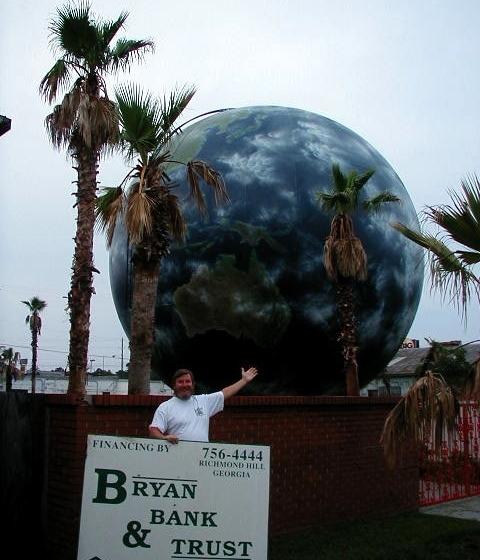 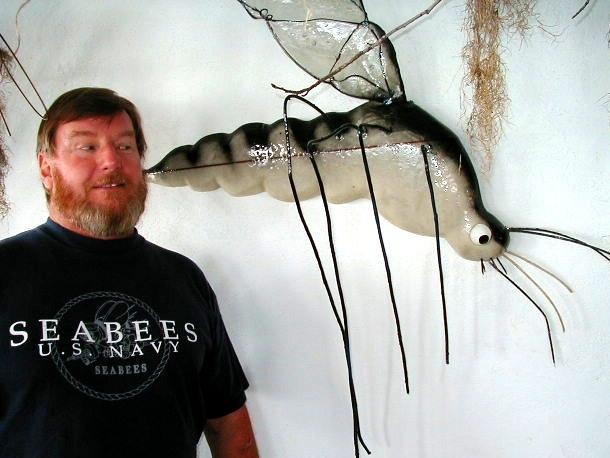 The area along the waterfront is loaded with all the touristy shops and restaurants . . .

We were so impressed with the area that we utilized our local influence to purchase a small piece of earth . . .

We’ll be off today to visit the Wright Brothers’ Memorial and will probably be heading out tomorrow for Virginia.   We have picked up our travel pace a bit lately in order to be in New York to attend the only social event on our calendar this year in mid-August.  My brother-in-law will be seeing a new age healer who lives in a tree along Lake Ontario for electro-shock therapy to correct a nervous tick that causes him to sporadically convulse into the shape of a “T.”  During multiple convulsions he resembles a large featherless bird unable to get airborne.  I have been asked to throw the switch!   See ya later, Chuck and Kalyn

Greetings from Kitty Hawk, North Carolina!   Actually we are in a little community next door called Kill Devil Hills.   Now that's one hell of a name for a town, isn't it?!?!   After leaving Jekyll Island, Georgia, we next stopped at Savannah (Georgia), Charleston and Myrtle Beach, South Carolina, and then Morehead City, North Carolina, before taking a ferry to the Outer Banks.   The Outer Banks are a series of islands along the North Carolina coast that are connected by an expansive ferry and bridge system.   Savannah is an incredibly beautiful old city comprised of lots of very old buildings, cobblestone streets and ancient oak trees arching over the streets . . .

The Outer Banks seems to be the place where locals, and even those folks from up north (they're referred to as "Damn Yankees" around here) go to play.   We have lots of beaches to choose from and they even have some off road areas where we can explore with our Jeep.  The only problem we’ve encountered is the indigenous insect population.  They have bugs here we have never seen before as well as a larger variety of the ones we’re familiar with . . .

We didn't realize how dedicated the people around here are to the belief that "the South will rise again" until we began to notice some peculiar road signs . . .