While in Seward we witnessed the crash of an ultralight aircraft and the subsequent rescue of the pilot only a few yards in front of our motorhome.  The entire rescue process was a lot like watching a Keystone Cops silent movie.  After the plane’s splashdown in front of several hundred campers, I can only imagine the number of 9-1-1 calls that were received by the local emergency dispatcher.  We campers are all armed with cell phones and a desperate desire to use them at any opportunity.  Participation in a rescue really gets our juices flowing.  Among the vehicles participating in the rescue were a fire truck, fire rescue vehicle, 2 ambulances, 3 fire/rescue pickup trucks, 4 police cars and a Zodiac inflatable boat.  The mere number of rescuers was a pretty good indication that this was a slow night for them. The Zodiac was probably the most needed piece of rescue equipment and was the last to arrive.  With its arrival the fun began.  About a dozen firemen spent 10 minutes attempting to untie all the lines that secured the boat to the trailer.  They then carried it through the brush and down to the water where 2 firemen jumped in and found they couldn’t start the motor because they left the boat’s fuel tank back at the firehouse.  A fireman was dispatched to retrieve it and finally returned some 15 minutes later.  The aircraft, meanwhile, with pilot sitting on the wing awaiting rescue, was drifting ever closer to the shore.  The rescue effort became more frenzied at this point, as the realization set in that if they didn’t get to the plane quickly, the pilot would soon merely step off the wing and onto the shore.  So, with fuel tank in boat along with two fully attired firemen, they began the task of priming and starting the boat’s motor.  After several more minutes with no success and the plane drifting ever closer, they picked up paddles and rowed the several yards from shore to plane.  They stopped rowing several feet in front of the plane and began the process of untying the line that secured their rescue rope to the boat.  Meanwhile the boat and plane drifted ever further apart.  Finally, with knot untied, they threw one end of the rescue rope to the pilot but came up several feet short because the boat was now about 30 feet away from the plane.  While one fireman reeled in the rope, the other paddled them closer to the plane.  Finally, within spitting distance of the plane, they threw the rope to the pilot, he grabbed it, and the firemen ceased drifting through Resurrection bay and into the Gulf of Alaska.  It becomes a little unclear at this point as to who saved who.  They did manage to get the pilot into the boat and safely to shore several minutes before the aircraft drifted to the beach . . .

We found several great restaurants and I discovered that fish is tolerable if cooked on a cedar plank with a brandy glaze.  Yummy!!!  I believe my navigator would have no problem whatsoever in munching the nasty beasties directly from their watery homes with no preparation at all.  Traveling with my bride is much like traveling with a large cat with a voracious appetite for fish.  In fact, she single handedly devoured this year’s entire Copper River salmon run!! . . .

My bride, always supportive, volunteered to eat it if I would clean and cook it.  Our daughters came up for a visit on July 5th and we spent the next week inundating them with as much of the Alaska experience possible in so short a time.  During a tour of Denali we encountered a red fox in our campground as well as a grizzly and cub, bull moose, caribou, Dall sheep, mountain goats and golden eagles during a bus tour through the park’s interior.  We then took them 4-wheeling over the Petersville Road and threw in a couple of river crossings just for fun . . . 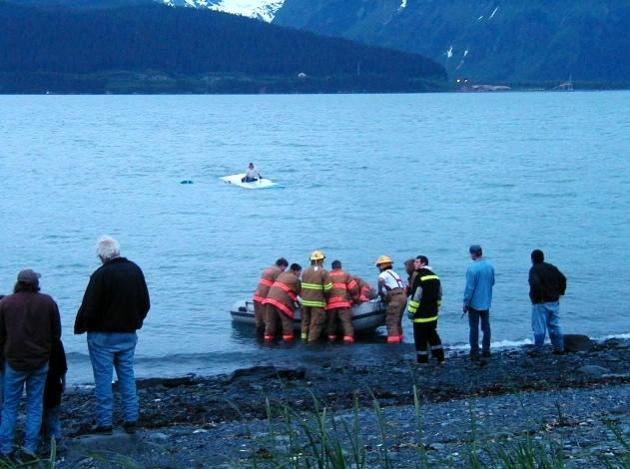 Where to begin . . . it’s hard to believe that we’ve been in Alaska for more than 2 months and have still not seen it all.  This place is big!!  We headed to Seward after a few days in Anchorage at the world's noisiest campground.  Seward is located on Resurrection Bay and we stayed at the city owned campground right on the water.  The views were spectacular and we would often just peer out the windshield with our field glasses at otters, seals and eagles. 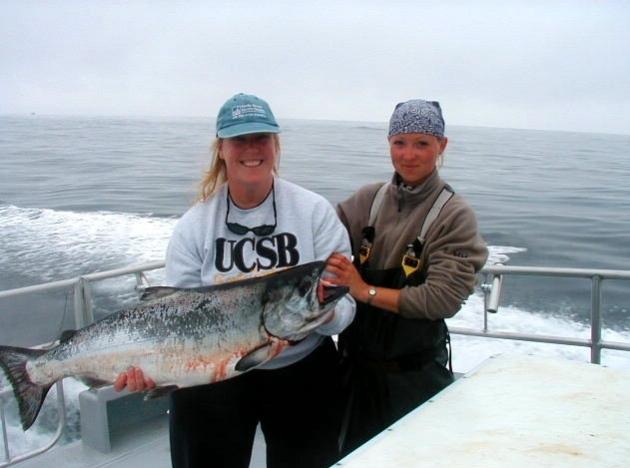 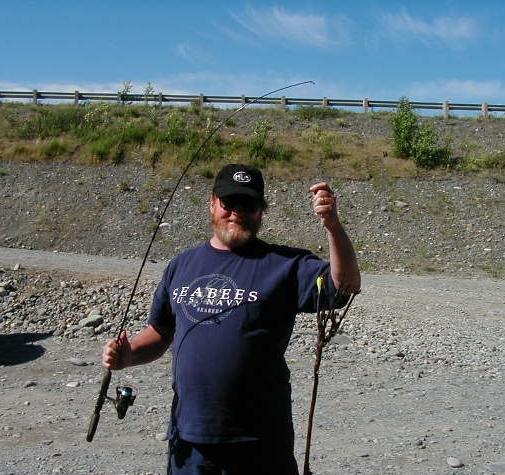 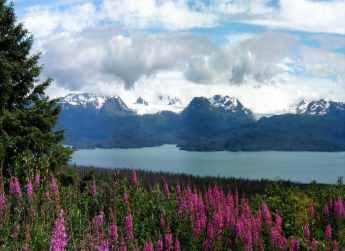 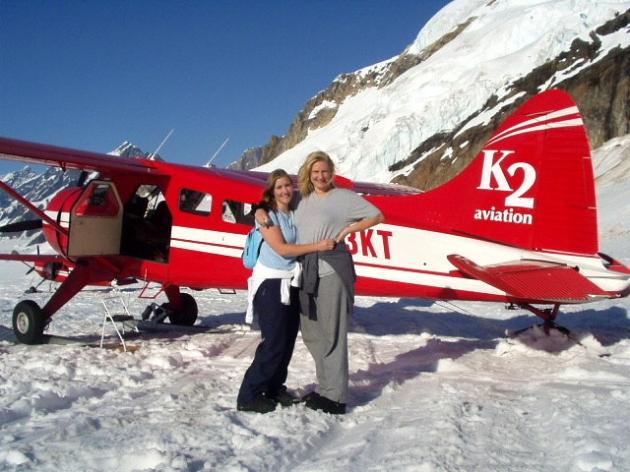 We closed out their trip with a return to Seward for halibut fishing and a visit to Chilkoot Charlie’s in Anchorage.  They were back on the airplane for California on Sunday and we are now trying to recover from their vacation.  It seems that the older you get, the longer it takes to recover from this much fun, especially when your chosen point of rest is alongside the Alaska Railroad, beneath the Anchorage Airport flight path and in a campground where the olde coot in charge is constantly flying by on a coughing, sputtering, antique riding lawnmower cloaked in a blue cloud of oil vapor.   See ya’ll later!!  Hugs and smooches, Chuck and Kalyn

The girls took a flightseeing tour of Denali Park while we were in Talkeetna and even managed to land on a glacier . . .

The fireman in the center reminded me of Minnie Pearl as he still had the price tag hanging from the back of his helmet.  We then headed north through Denali National Park and into Fairbanks for a week.  We stayed at the Fairbanks Elks Lodge, which is located on the banks of the Chena River and attended the celebration of the summer solstice on June 21 in downtown Fairbanks.  This is the longest day of the year and the party doesn’t really get going until midnight beneath a daylit sky.  We next drove south along the Richardson Highway and spent several days at Kelly Lake fishing and exploring the 70 mile-long dirt road which ends at the town of McCarthy.  My fishing experience was not the one you read about in the travel brochures.  While everyone around me was pulling in red salmon, my catch was something less than inspiring . . . 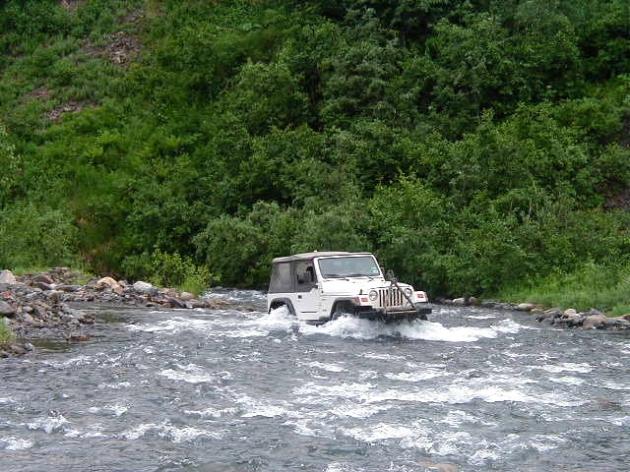