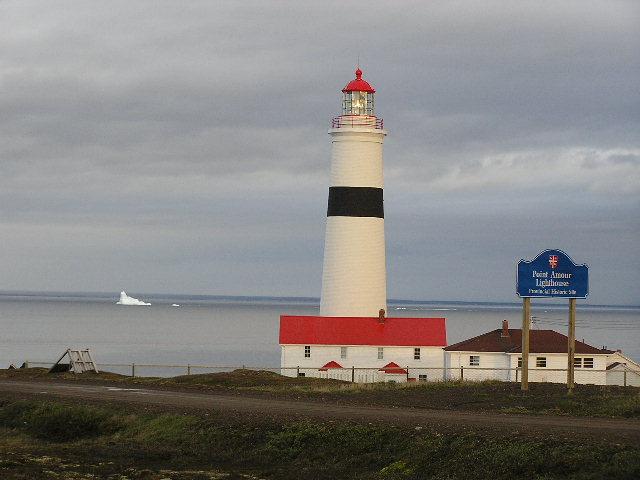 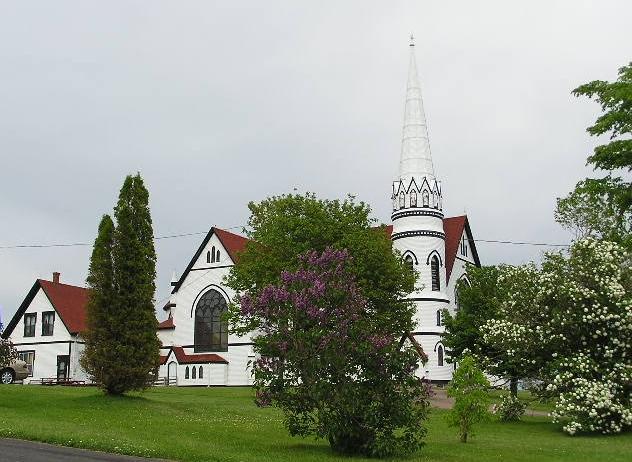 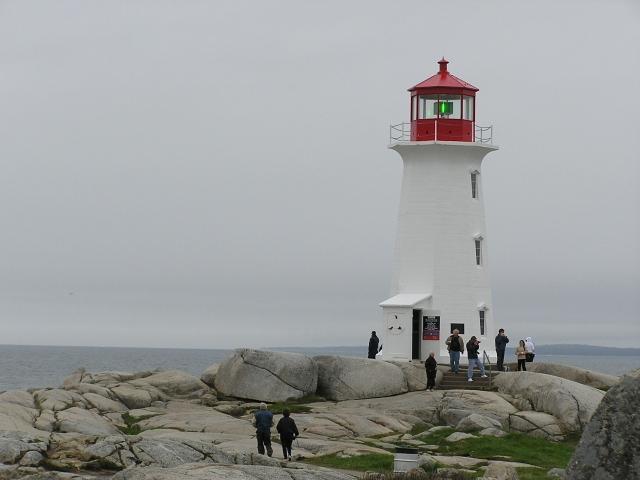 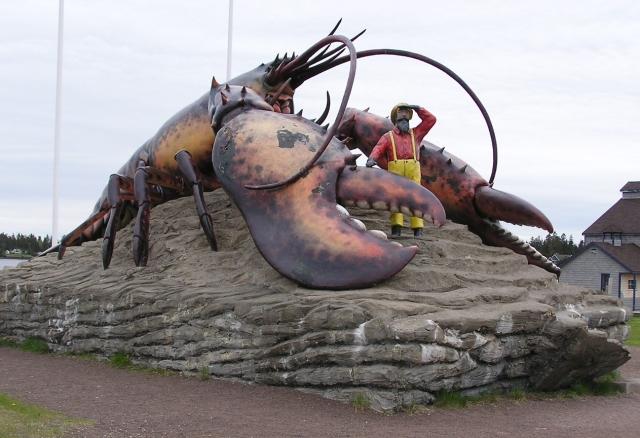 There’s no place like home!!!  No matter where we travel or how long or short a period we are gone, there truly is no feeling like crossing that boder and re-entering the USA!!!  It’s even a better feeling when the Border Patrol actually allows us back in.  The crossings both into and out of Canada on this trip were pretty much non-events and we only suffered the loss of a dozen eggs which were confiscated when re-enetering the US.  I suppose we are in the middle of some sort of poultry war with our northern neighbors.  Our Canadian adventure encompassed New Brunswick, Nova Scotia, Prince Edward Island, Newfoundland, Labrador and eastern Quebec.  Together, these are called the Maritime Provinces.

We are now back in Bangor, Maine, taking a break from our recent travels and will probably just lay about here for the next week or two deciding where to head next.  We just discovered that during our 4 ½ years of retirement we have traveled through all of the continental US with the exception of 9 states and all of Canada save 1 province.   I suppose that our next project will be the acquisition of one of those RV maps with the stick-on-states/provinces to display prominently on our motorhome’s exterior.   We’re hoping that such a blatant display of our "extensive" travels will suppress all the braggadocio of the old farts who insist on accosting us at every opportunity and entertaining us with tales of their travels through such interesting places as Claunch, New Mexico.  Then, we’ll be able to simply point at our stick-on-state and say, "Ahhhyup, been there, done that".   See y’all later!  Hugs and smooches, Chuck and Kalyn

Northern Newfoundland and Labrador are situated in the middle of "iceberg alley" and nearly any coastal photograph can include at least one of them . . .

Don’t strain your eyes looking for my traveling companion in this photo.   It really IS as cold as it looks and she is huddled up behind the lighthouse trying to stay warm . . . she insists on wearing shorts and t-shirts regardless of temperature or weather conditions.   I spend a significant amount of each day trying not to be seen with her (when the man with the butterfly net finally snags her, I don’t want to be inadvertantly hauled off to the "funny farm" too).   We left our motorhome in Baddeck, Nova Scotia for 10 days and took off in the Jeep to explore Newfoundland, Labrador and eastern Quebec.   When in Newfoundland you can become a "Newfie" through a process called "screeching in."   This involves wearing a Newfie hat, kissing a codfish and drinking a shot of a nasty concoction called Screech.   We declined the honor because, once screeched in, you automatically become the butt of Newfie jokes and people are allowed to (make that "encouraged to") call you nasty names to your face.   We also discovered that the Newfoundland dog has webbed feet.   I, naturally, just extended the fact of this anomally to the Newfie people and spent a lot of time asking waitresses to prove they were native Newfies by showing me their feet.   Other than myself, no one really thought this very funny and one bartender cut me off before I had even ordered a drink.   I guess that's what comedians refer to as bad timing.  There is also an abundance of moose in Newfoundland and the bulls were in the process of regrowing their antlers . . .

giant lobster sculptures welcoming you to town.  Shediac, New Brunswick claims title to "The Worlds Largest Lobster."  We weren’t able to figure out just what this fisherman is looking for but, if it’s lobsters, he’s in for quite a surprise.   We spent a couple of weeks in Nova Scotia and encountered this lighthouse in Peggy’s Cove which doubles as a post office . . . 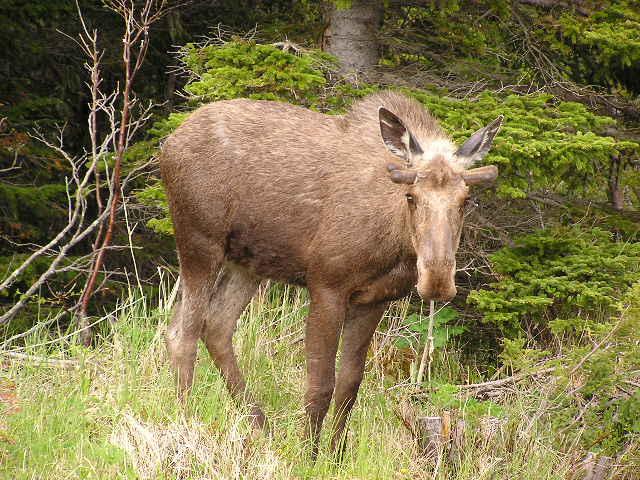 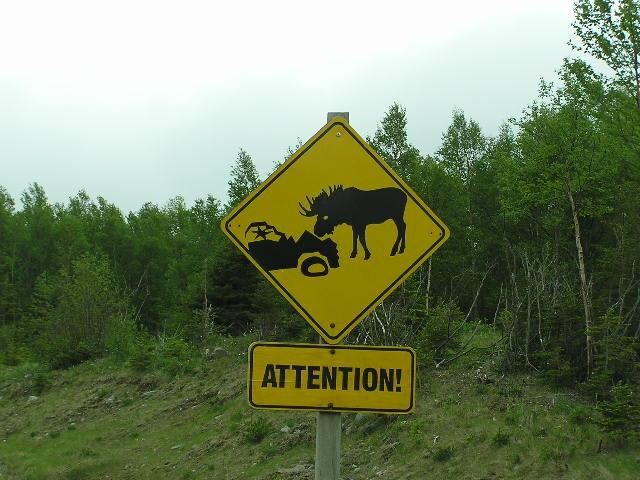 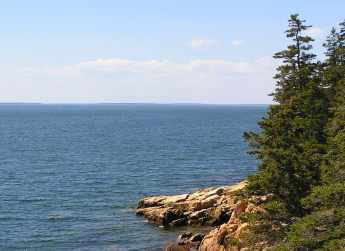 Lighthouses can also be found in abundance.   We took the ferry from Newfoundland over to Labrador and eastern Quebec (I keep saying "eastern Quebec" because this portion of the province is completely isolated from the rest of Quebec by wilderness) and drove the entire 80 mile stretch of paved road as well as a few off-road Jeep trails (I never pass on a chance to drive in the mud!).  My joke du jour in Labrador was asking the indigenous people how they could ever throw anything away with those dogs bringing everything back (Labrador Retrievers).  I can honestly say that I was every bit as successful with this as I was with my Newfie joke.  We were rather quickly escorted back to the outbound ferry by a mob of indignant waitresses (some of which I strongly suspect had webbed feet) and a short time later we were regaling the inhabitants of Prince Edward Island with Newfie jokes.  Prince Edward Island (locally referred to as PEI) is a bit more upscale than the other Maritime Provinces and Charlottetown is the birthplace of Canada.   Much like Philadelphia’s role in US history, Charlottetown is the place where Canada’s "Founding Fathers" gathered in 1860 to launch the concept of a free Canada.   Their foundation, much like our own, is heavily based on the idea of religious freedom and very old Presbyterian, Roman Catholic and Anglican churches can be found in preponderance throughout the province . . .

These little nubbins may not look like much right now but they grow at the rate of an inch or more per day and this guy will have a huge rack in just a few weeks.  With the moose population being what it is, some 150,000 from the original 3 mating pairs introduced 100 years ago, you should definitely pay attention to road signs . . .

The price of fuel is typically higher in Canada than in the US with regular gas at about $3.40/gal US and diesel at about $2.80/gal US.  And the sales tax on EVERYTHING averages 17% . . . including restaurant meals!  (We had no problem paying the asking price for fuel but our restaurant bills were real nightmares.)  One thing that you can’t help noticing from the Maine border northward is that every ocenside town calls itself "The Lobster Capital of the World."  Some of these places go a little overboard with lobster festivals, lobster parades, lobster mascots and . . .