Sunday marked another milestone for my travel companion as she celebrated her 53rd year.   I still have difficulty believing that a young buck, such as myself, is involved with an older woman (just kidding, My Love).  My bride has just informed me that she would like to take the reins of our Urban Assault Vehicle today as we travel across the vast emptiness of North Dakota.   I, of course, am extremely delighted and completely confident in her driving abilities.  “Hail Mary full of grace . . . ”    And so, hopefully we’ll be around next month to pen another edition of this never-ending tribute to the joys of travel on the cheap.   Until then, hugs and smooches from Chunky Crab and Lanky (my forever dieting, soon-to-be thin, room-mate)

PS. Rearrange the letters of "Chunky Crab & Lanky" to get: Chuck Bryan & Kalyn 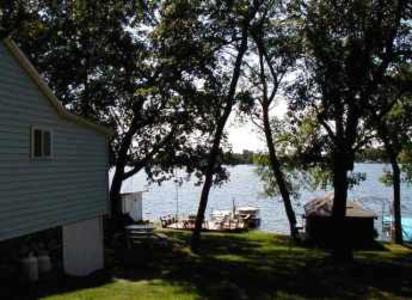 Loading our behemoth on a ferry is another of those activities that require a lot of patience and intestinal fortitude.   Unlike the great expanses of Wyoming and Montana, driving throughout the eastern U.S. with a motorhome is akin to threading a needle . . . roads, bridges, tunnels and ferries were just not designed with the idea that some old codger with bad vision and extremely slow reflexes would actually traverse them in a vehicle the size of a battleship.   We spent the next week visiting with MY relatives (affectionately known as “the nice folks”) in Jersey and Pennsylvania before making that great left turn that leads west.   My Uncle Jess, the Devil Incarnate, is as feisty as ever at 88 years old.   During my childhood he tormented me without mercy and was often banned from our house for months on end by my mother.   On one visit, when he gained entrance by somehow conniving my mother into believing that he was “a changed man,” he brought me a large plastic jet airplane with 3 machine guns under each wing as a “peace offering.”   I was thrilled with my new acquisition until he pulled the trigger and revealed each of the “guns” to be a nozzle for a 1950’s version of a super-soaker water gun.   To this day I am uncomfortable with air travel and envision myself drowning at 35,000 feet.   Thanks, Unk!!   In Frostbite Falls, we caught up with Kalyn’s relatives (the “Wild Bunch”) and spent a weekend with her cousin, Londa, at their weekend retreat on Mille Lacs Lake.   Londa’s resemblance to my ex-wife was so remarkable that I found myself ducking every time she raised her hands.   As with all visits to Kalyn’s relatives, we arrived in time for yet another construction project.   I oft-times feel as though I have married into a large colony of beavers.   This time it was the digging of a 300-foot long trench to lay down power and phone lines from the house to the barn.   Craig, Londa’s husband, turned out to be somewhat of a goldbrick and required constant supervision to keep him digging in the right direction . . . 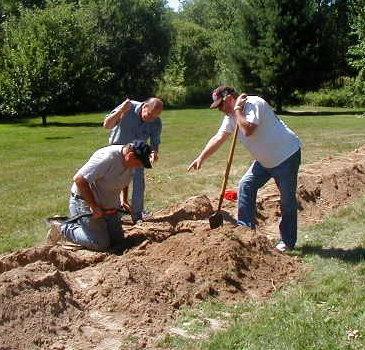 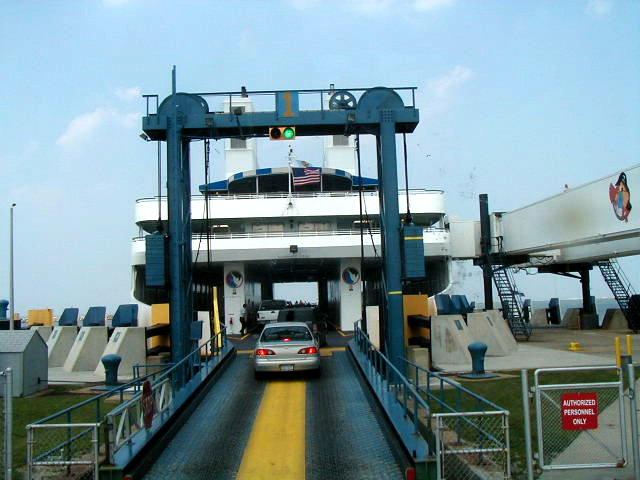 After a few hours of listening to Craig whining about the backbreaking labor, broken blisters, insect bites, 100-degree temperatures and lack of water, I was exhausted and needed a break.   And so, after paying Craig $5 per gallon for the gas (they’re Norwegian after all) we jumped on their 4-wheelers and went off exploring . . .

Riding these things is a lot like being on the back of an obstinate turtle but we somehow managed to hold on and eventually made it back in recognizable pieces.   The next day we headed out, ever westward, and are now camped out in the Wal-Mart parking lot in Detroit Lakes, Minnesota.   Yesterday was spent visiting the cabin on Lake Cormorant and the surrounding countryside where my bride spent her summers as a child. . . 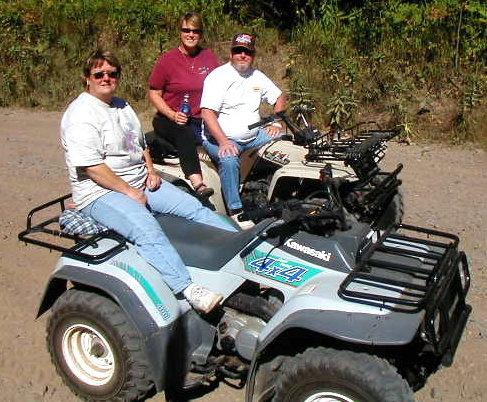 Maneuvering an 8 ½ foot wide, 40 foot long, 36,000 pound vehicle with a Jeep in tow through this passage has given me a whole new respect for those folks driving 18 wheelers!!   We had planned to spend a few days in exploration of this “new” area but the temperatures were so HOT that one night was all we could endure before boarding the ferry from Lewes, Delaware, to Cape May, New Jersey . . . 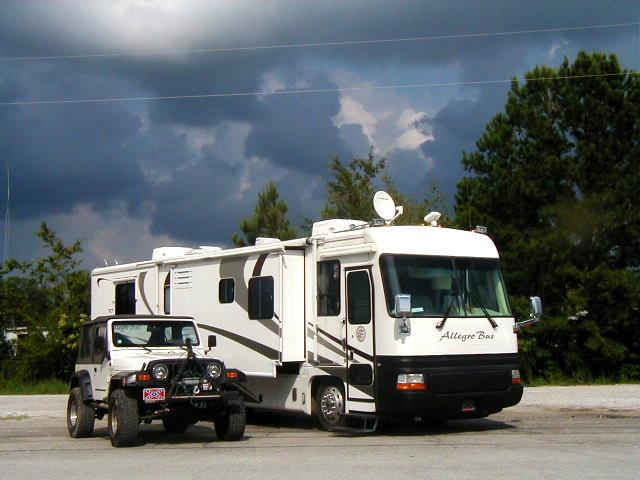 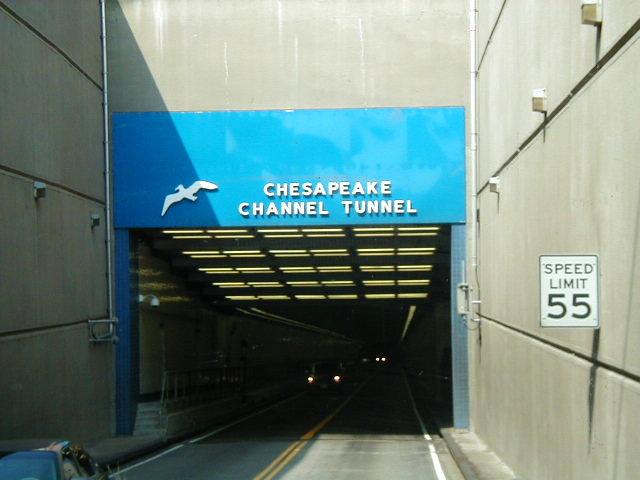 We stopped off for a few days in Hendersonville, North Carolina, after threading our way across some of the narrowest and most winding roads we have ever encountered in Transylvania County, North Carolina.   This was definitely not an adventure for the weak of heart!   While in Hendersonville, my bride was able to obtain a follow-up mammogram to her breast surgery and was pronounced healthy and cancer-free, a great relief to both of us.   A few days later found us traversing the Chesapeake Bay from mainland Virginia to an area they call “the Eastern Shore,” a small peninsula attached to the bottom of Maryland.   How this area became Virginia instead of Maryland defies all logic.   The most direct route is from Norfolk over and through the Chesapeake Bay Bridge/Tunnel, a 17.6-mile expanse of bridges and tunnels that pass over and burrow under the Bay . . .

A jailbreak . . . that’s the best description of our departure from Red Bay, Alabama and subsequent arrival in Frostbite Falls, Minnesota.   We covered more territory in less time and consumed more cheese steaks, hoagies and pizzas than any other tandem of olde farts in the annals of recorded motorhome travel dating back to the stone age (the folks from Guinness HAVE been notified).   Hurricane Dennis turned out to be somewhat of a disappointment considering the amount of preparation that preceded his arrival in Alabama.   As did the rest of Alabama, Red Bay received a little bit of rain, a little bit of wind and a whole lot of very interesting cloud cover . . .