I’m not sure if that vehicle in the background is landing or taking off . . . we actually stayed about a month in the Seattle/Tacoma area visiting various doctors and physical therapists due to a shoulder injury I suffered during my unpaid forced labor on my brother-in-law’s house during our visit to the Zimmerman winery and worm farm.   My experience has convinced me that finding a knowledgeable doctor is even more difficult than finding a decent mechanic.   Frustrated and disilluioned we made our way south again and spent a couple more days in Salem, Oregon, with our niece, Kayleigh.   The occasion ssemed to cry out for some kid oriented activity and soooo . . .

A trip to San Juan island seemed in order so we loaded the Jeep on a ferry and spent a couple of days in Friday Harbor at a hotel.   You really don’t know how much you miss the confines and inconvenience of living in 145 square feet until you have a huge room complete with a bed that you can actually get in and out of without climbing over each other.   We found several good restaurants, a winery, a killer whale museum and an alpaca ranch during our visit.   I never realized how strange-looking alpacas are . . .

Chuck E. Cheese, as always, was the destination of choice!!   We seem to be touring the West Coast one Chuck E. Cheese at a time!!   We are now back in Fremont but will be heading out on Sunday morning for the fishing grounds of Colorado and Wyoming in pursuit of the ever elusive and excessively expensive rainbow trout.   On our last fishing expedition through Idaho we spent nearly $300 on licenses and specialized tackle to catch 2 fish!   Fishing is definitely not a cost effective activity.   Our son recommended a kinesiologist (???) to take a look at my shoulder and I was actually foolish and desperate enough to go see him . . .

California . . . one more time!!   We just can’t seem to escape this place no matter how hard we try.   Around the first of June we left Fremont and headed up to Oregon and Washington.   We traveled to Eureka, California with our friends Mike & Flo and spent a week there with them before continuing on to Oregon.   We made a quick stop in Salem to visit our niece, Kayleigh (oh yeah, her parents were there, too!) . . . 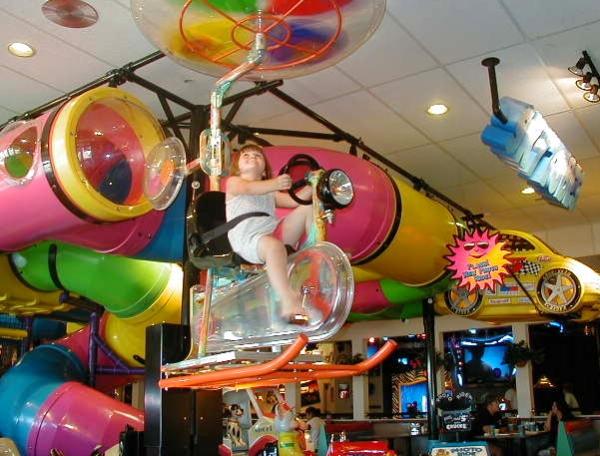 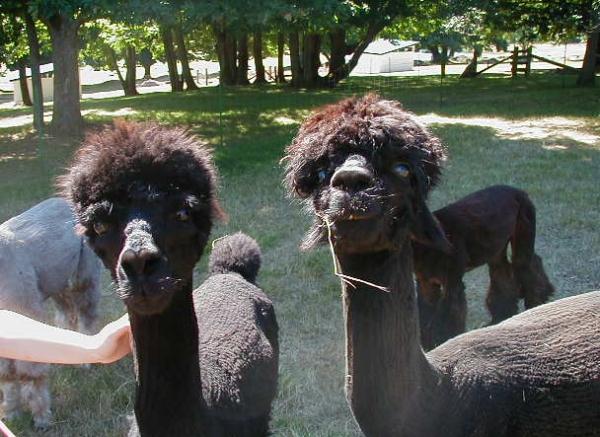 We are both standing on the floor in this picture and, yes, it really did hurt!!   At 9-feet tall, this guy (lovingly nicknamed Dr. Mengele) could easily have played the part of Lurch on The Addams Family.  Until next time . . . hugs, Chuck & Kalyn 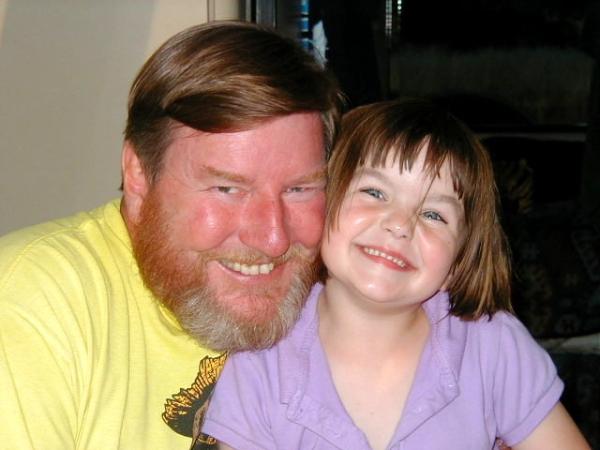 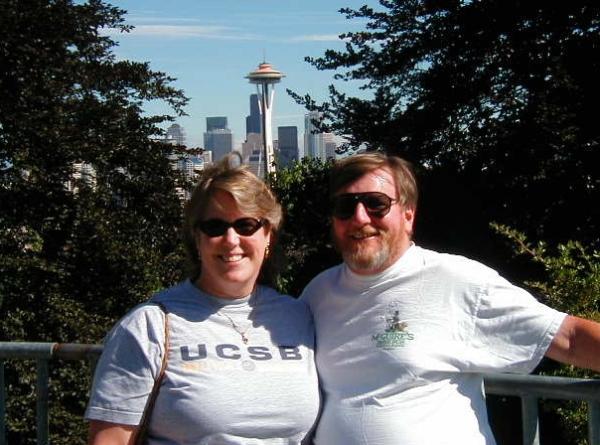 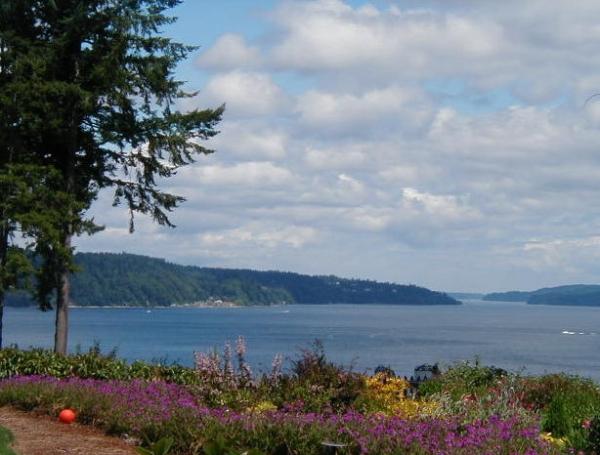 I don’t think these guys were told that afro-style hairdos haven’t been around for a while.  With a little more hair, my brother-in-law would be a dead ringer for the one on the right.  After returning to the mainland, we stopped in Seattle for a couple of weeks to visit a few more folks and engage in some more tourist-type activities . . . 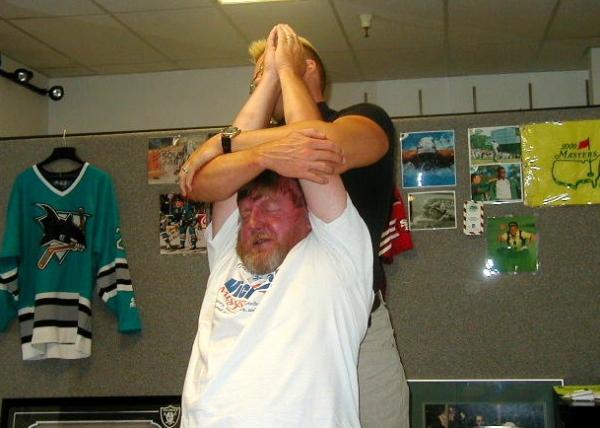 You know, I never noticed it before but the kid looks British!!   How in the world does that happen??   We made several other stops along the way visiting friends and family that Kalyn hasn't seen for years.   I always knew that she was related to everyone in North Dakota but had no idea she has a shared heritage with nearly everyone in the Northwest, too.   We finally made it to Tacoma, Washington, and hung out at the Lakewood Elks lodge while visiting the local sites and the southern end of Puget Sound . . .