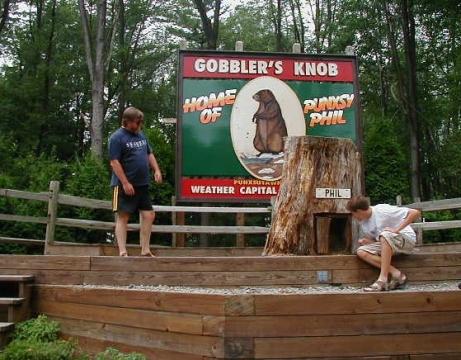 Salutations from Niagra Falls!!!  It’s hard to believe that we were in North Carolina a month ago.  After stops in Norfolk and Fredericksburg, Virginia, we mushed north through Maryland and into western Pennsylvania.  It seems that we’ll remember various points of interest in Pennsylvania by the different repair work we had done on our motorhome.  Lancaster will be remembered for a couple of batteries and an alternator; Quakertown was a new awning and a starter; and Allentown holds memories of a new windshield.  We are definitely glad to be out of PA!!  While there we visited with my cousin, whom I haven’t seen in over 40 years, and took a side trip to New Jersey to visit her father (my uncle).  This particular uncle used to torment my cousin Bob and me so mercilessly that our mothers banned him from both our houses.  He managed to worm his way back into my house one day by telling my mother that he had brought me a model jet plane as a peace offering.  As it turned out, the “model” was really a water gun in the shape of a jet plane with 6 functional water jets.  Needless to say, I got soaked and Unk was once again banished from our house.  I was really looking forward to evening the score with him in Jersey but he got wind of my intentions and decided to have a heart attack instead of facing the music!  He is recovering quite well but the thought of chasing an invalid around his house, with a water gun, took all the fun out of my plans.  Instead, he got to hang out at the hospital for a couple of days during our visit and I ended up replacing some plumbing under his kitchen sink . . . 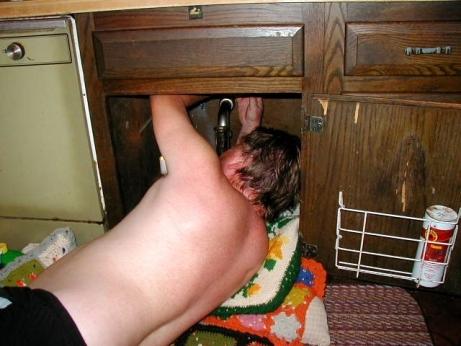 I think he got the better of me again!  This was a positive experience though because it reinforced our aversion to ever purchasing another house!   During our visit with my cousin and her husband in PA, we had to modify our plan slightly to coincide with her husband, Charlie's schedule.  He would get up at 4 am, go to work at 7 am, get home around 3 pm and be back in bed by 4 pm.  Needless to say, we didn't get to see much of him!  We kept him up until 7 pm one evening and it took the entire next two days for him to recover!  We managed to snap this picture shortly after he arrived home from work one day . . .

The door to his burrow, at the base of this tree stump, was ripped clean off its hinges so we can only imagine the mood he must be in when forced to emerge from a nice warm burrow in the middle of winter!  We spent yesterday in Canada atop the Sky Tower that overlooks Niagra Falls.  It is probably the best location available to see the falls . . . 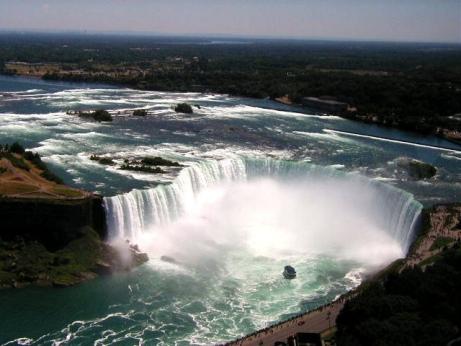 I think he maintains a low profile to avoid my cousin assigning him chores like doggie debris cleanup.  He was back in bed about 5 minutes after we snapped this picture!  All of this napping put us in mind of someone else who spends a lot of time asleep and so we next stopped by Punxsutawney to see if Phil was up and about.  You remember him - the groundhog from the movie "Groundhog's Day"??   As it turns out there are several "Phils" in a "burrow" at the Public Library.  They were kind of tough to photgraph though 'cuz they hide out under a log.  We did get a picture of his February 2nd hangout though . . . 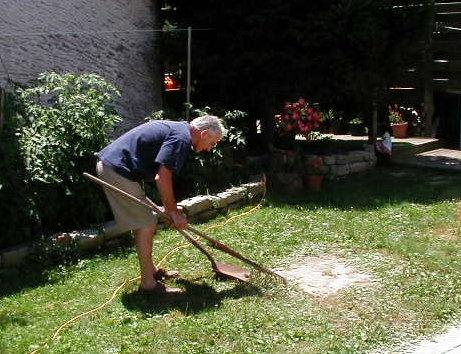 We’ve heard rumors that my brother-in-law and his army buddies are planning a visit to the falls during their reunion next week.  I have already arranged for a personal flotation device he can use to experience the falls on a more intimate level.  The problem now becomes figuring out how to bait him into it . . . perhaps the lingering odor of cheap red wine will be enough!  See ya later, Chuck & Kalyn