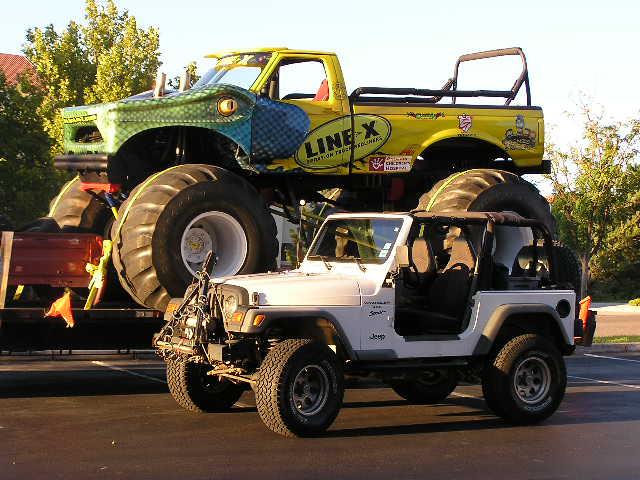 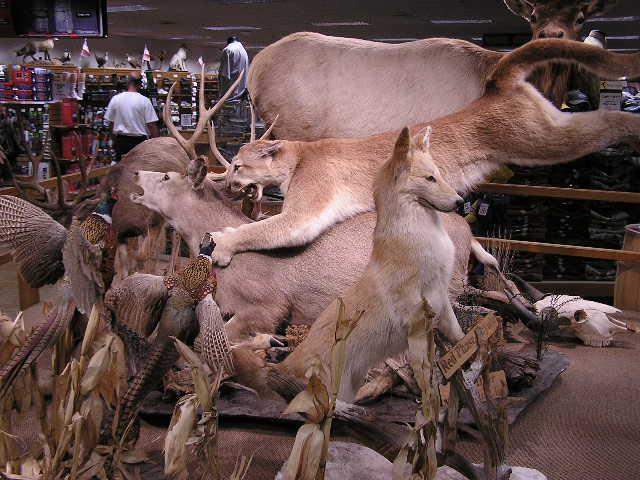 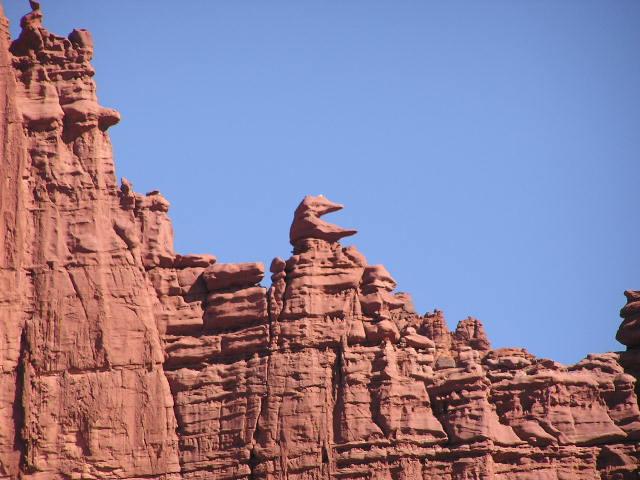 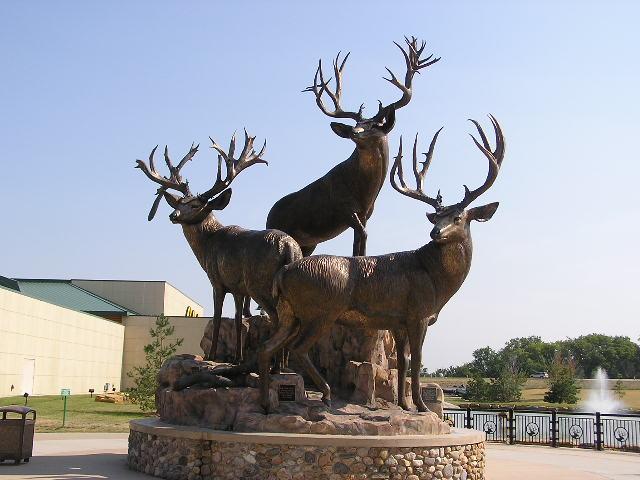 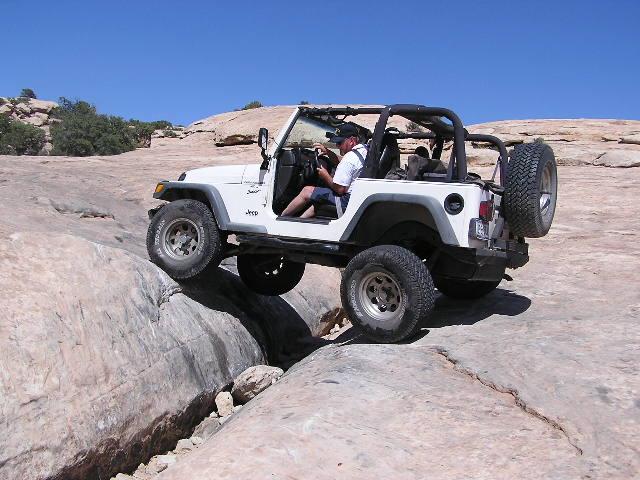 The 4-wheel drive trails around Moab all have very colorful and descriptive names: Poison Spider, Steel Bender, Chicken Corner and Hell’s Revenge are but a few.  When not trying our luck on increasingly difficult patches of turf and going places where “no man has gone before” (beam me up, Scotty) we were doing some of the more mundane sightseeing driving through the backcountry and admiring the scenery.  Occasionally we would find ourselves in need of direction (real men don’t ask directions!  It was my bride’s idea to ask a couple of the locals for some mapping assistance) . . . 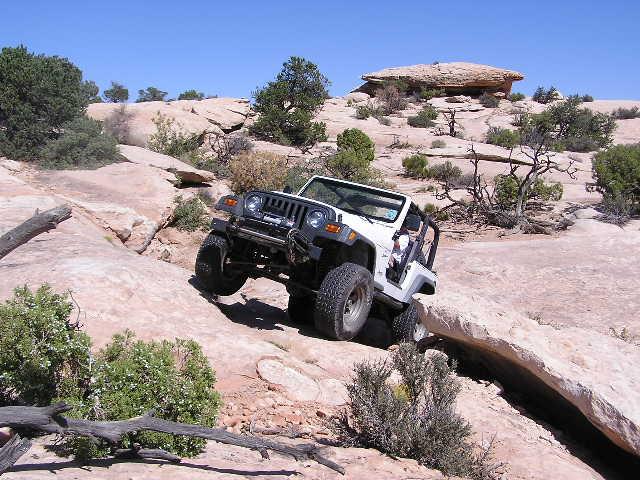 “I shoulda toined left at Albaquoikee!!”  Bugs Bunny voiced this sentiment after popping out of a rabbit hole in the middle of the Sahara when he missed his burrowing destination of San Francisco.  We, on the other hand, have somehow missed the Sahara and actually arrived at our destination of choice . . .  Albuquerque, New Mexico.  Our departure from St. Louis was the beginning of a trek across the plains states of Missouri, Kansas, Nebraska and Colorado at near breakneck speed to reach the 4-wheeling Mecca of Moab, Utah.  We didn’t spend a lot of time sightseeing through the “corn belt” as I am of the belief that, “you’ve seen one corn field, you’ve seen them all!”  My bride however, a product of North Dakota, was thoroughly enjoying each and every field of corn and soybeans and had even begun naming each one somewhere between Kansas and Colorado.  We did make a couple of stops at Cabella’s sporting goods in Nebraska and Kansas.  These stores are all located in the mid-west and are a “must see” if you find yourself near one (we sometimes travel 200 miles out of our way just to be “near one”) here’s why . . .

We ran into “Bigfoot.”  Of course, this truck was built to run over and crush cars; we’re just trying to get safely up hills . . .

Each store also has a larger then life depiction of wildlife cast in bronze near the entrance.  Okay, enough of this socially redeeming crap and back to the purpose of this entire adventure: fun!!  We had a 10-day layover in Denver to have some goodies installed on our Jeep which made it big and bad enough to take on the best (translation: worst) roads that Moab had to offer.  We were feeling pretty smug about our locking differentials, 4” lift kit, winch and big tires until . . .

You have all seen pictures of Arches National Park, Canyonlands National Park, Monument Valley and Valley of the Gods but I’ll bet none of you have ever seen a naturally carved sculpture of an alligator sitting on a rock watching the tourists muddle by . . . 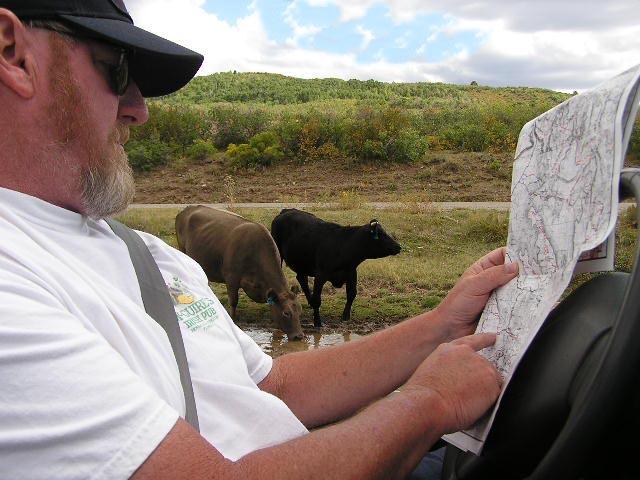 Each store is comparable to the finest of natural history museums.  Or, if you prefer statuary . . .

You have now!!!  By the time we departed Moab; we were ready!!  You can only endure red rocks, red dirt, red sand and the resultant red dust in and on everything you own for so long!  And to top off the entire experience, our Jeep cover leaked pretty profusely during a rainstorm spawned by Hurricane Javier so by the time we arrived in Albuquerque we were also dealing with red mud!!  We’ll be heading west in a few days and plan to spend a couple of weeks in Tempe, Arizona, before heading to Mexico for the winter.  My Navigator has been feverishly studying Spanish for the past several weeks so we won’t be completely at the mercy of the indigenous people when we get there. I, too, have been studying but have developed a short list designed to maximize my chances for survival: cerveza, taco, cerveza.  Adios, Amigos!  Hugs and smooches, Chuck & Zook