Wyoming is one of the few places where you are likely to encounter a cattle drive meandering down the middle of a highway or an old cowboy riding through town with a dog on his lap and a pack horse in tow . . . 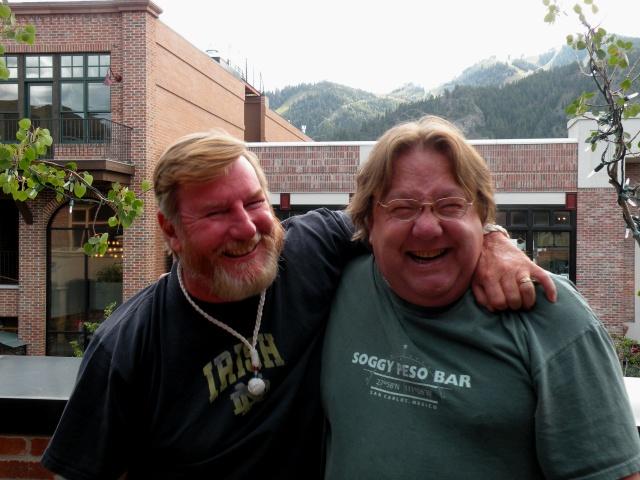 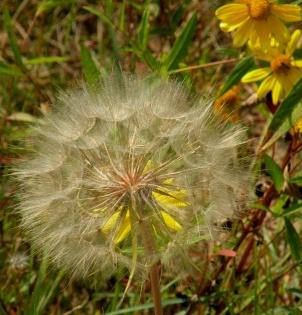 we next docked our land yacht at the Fishing Bridge Campground in Yellowstone Park for a few days of wildlife viewing . . . 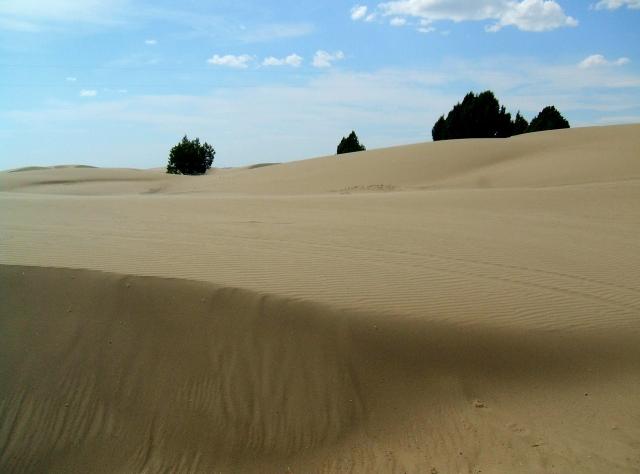 Our next stop was in Sun Valley and a visit with one of our compadres from Mexico, AcuDoc, who coincidentally is also known as The Duck.   He and I are on opposite sides of the political spectrum with me on the extreme right and him on the extreme wrong.  This can often lead to some very heated exchanges . . .

The Duck works his magic as an acupuncturist, massage therapist and practitioner of Chinese medicine at the Sun Valley Resort.  He is also a certified shaman, licensed water witch and volunteers as a crash test dummy in his spare time.  After a week of frivolity we escaped the clutches of The Duck with only a minor curse on my fishing equipment and were soon traveling through Craters of the Moon National Monument in Arco . . . 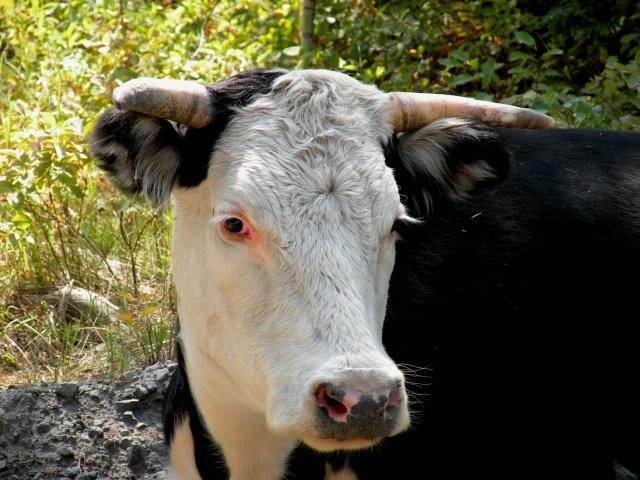 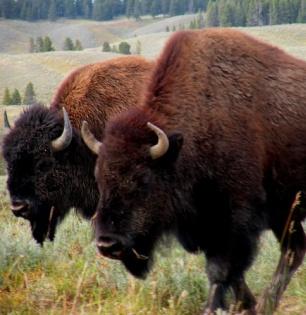 This is the primary reason that we never engage in political discussion nose-to-nose but simply prefer to enjoy some rich food, good wine and each other’s company . . . 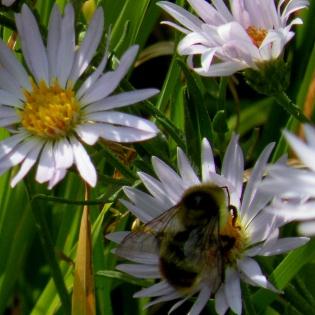 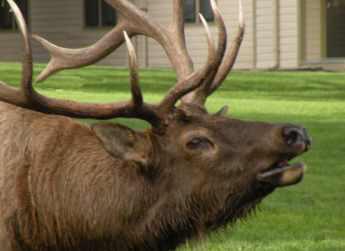 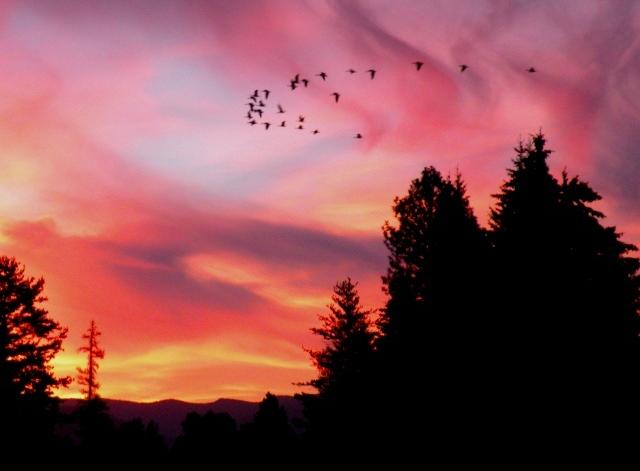 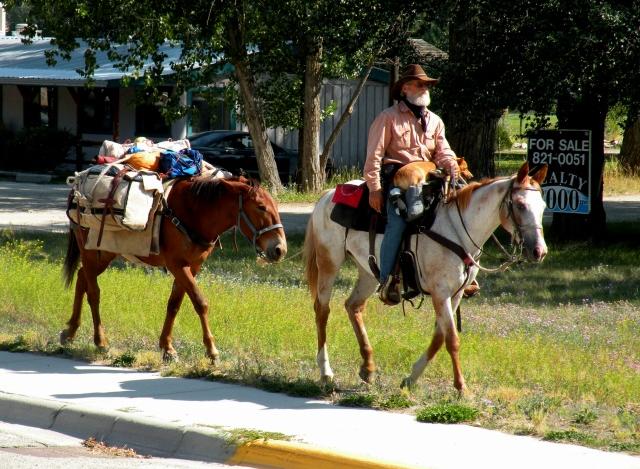 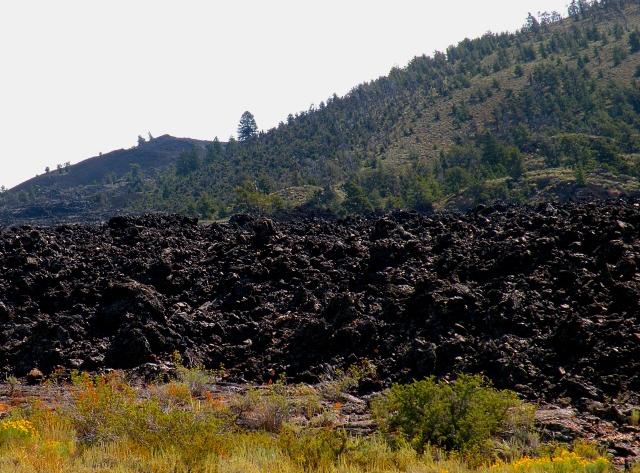 And speaking of red, our next stop will be Moab, Utah, for some 4-wheeling in the red rock, red dirt, red mud and red sand.  This concludes our abbreviated brother-in-law version of an update.   See you next time with our usual verbosity.  Hugs, C&K 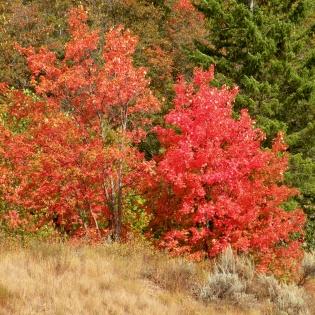 Although this area would seem most likely to attract herds of camels, it is actually home to one of the largest winter elk herds in the U.S. and is a Mecca for all sorts of dune buggies and 4-wheelers. On the subject of elk... 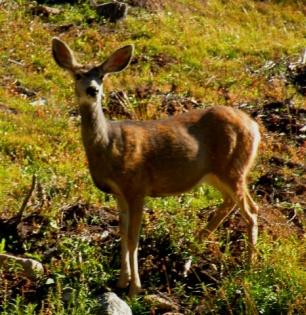 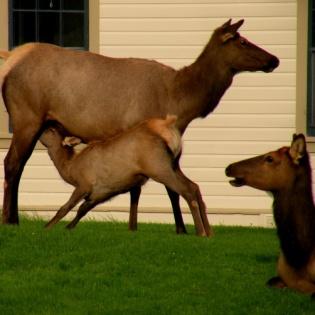 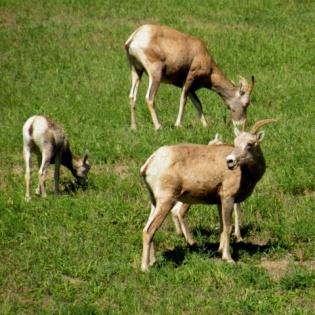 This area, formed by volcanic activity, was blanketed by the resultant lava flows.   In contrast to this landscape, just a few hours away are the Saint Anthony Sand Dunes . . . 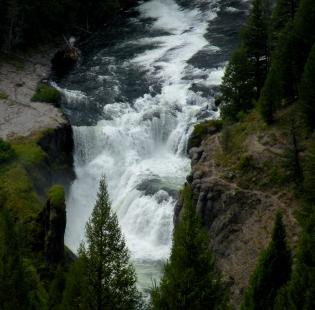 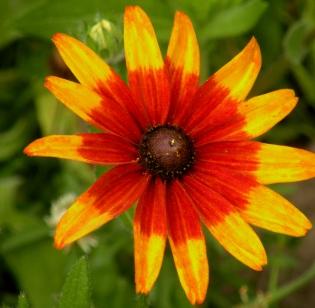 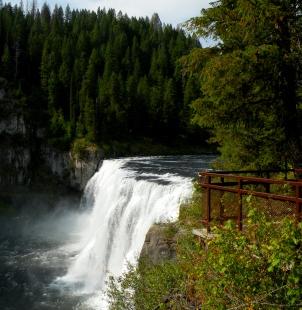 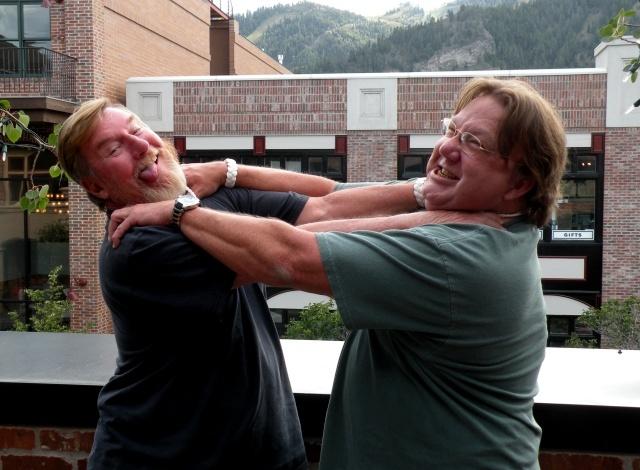 This is a great time of year to be in the Rocky Mountains as the aspens and other trees shed their shades of green in favor of the bright gold and reds of fall . . . 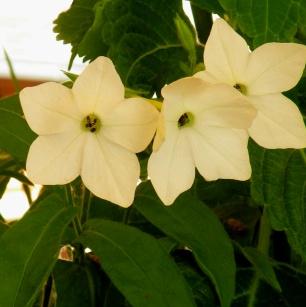 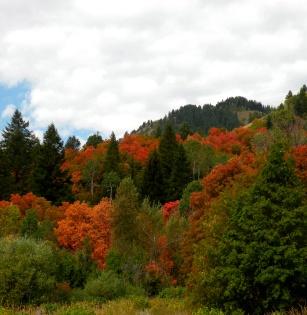 After last month’s marathon of minutia, we are attempting to put a leash on this edition and keep it within the bounds of my brother-in-law’s somewhat limited attention span.  We are still receiving nasty e-mails from him regarding the length of our last effort.   That said . . . we departed northern Washington and headed east on Highway 200 to Sandpoint, Idaho, for a few days of R&R following nonstop celebrations of my bride’s birthdays and anniversaries.   She spent several mornings camped out in a tree near our motorhome attempting to capture a flock of ducks at sunrise . . .

And then it was on to Jackson Hole and a tastier breed of wildlife . . .